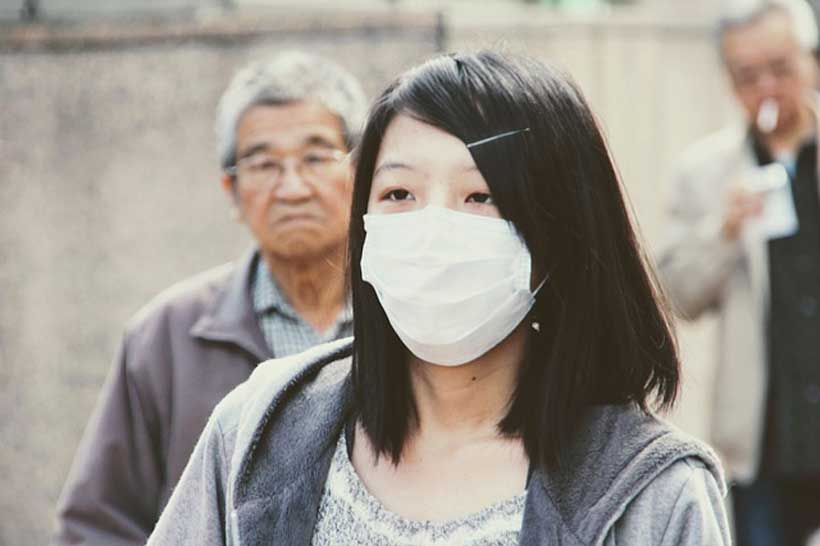 Article 75 of the WHO Constitution refers to the International Court of Justice (ICJ) for the settlement of disputes. It provides that any question or dispute relating to interpretation and application of the Constitution shall be referred to ICJ if the same is not settled by negotiation or by Health Assembly. But the disputant parties are free to choose any mode of dispute settlement instead triggering ICJ jurisdiction. In the Armed Activities (Case Concerning Armed Activities on the Territory of the Congo 2002) case, the ICJ observed that Article 75 of the WHO Constitution recognises the Court’s jurisdiction (Para 99 of the Jurisdiction and Admissibility of the Application). The Court held that it is empowered to deal with any question or dispute relating to interpretation and application of the instrument. Thus, any dispute concerning interpretation and application of the WHO Constitution can be settled by the ICJ adhering the due procedure laid down in Article 75. Recently, the ICJ in a case (Ukraine v, Russian Federation 2019) interpreted Article 22 of CERD (Convention on the Elimination of All Forms of Racial Discrimination 1969) that it gives alternative preconditions to the Court’s jurisdiction. Fulfilling either of them would trigger Court jurisdiction. If we interpret Article 75 of the WHO Constitution as ICJ resorted to in the case between Ukraine and Russia, the State(s) only has to satisfy negotiation condition. It does not need to satisfy World Health Assembly.

WHO Constitution contains the framework establishing the organisation, it includes the object and purpose, membership institutional structure and functions. Since it lacks substantive obligations concerning rules and regulations on public health. Thus, it is very much challenging how a State could frame complaint against China. In order to make a case a State needs to pose the violations rules of IHR as the question or dispute relating to interpretation and application of the WHO Constitution.

IHR shall be universally applied in the global interest for the protection of the human race from the international spread of the disease. It is one of the principles incorporated under article 3 of IHR. WHO shall be guided by the principle of universal application of IHR along with adhering to other principles such as human dignity, fundamental freedom, human rights, and UN Charter.

A State is obliged under article 5of IHR to develop, strengthen, and maintain public health infrastructure which will help in detecting, monitoring, reporting, and notifying the events of the global health crises. Article 6 talks about the public health emergency of international concern (PHEIC). In the event of PHEIC, the State shall have to communicate through National IHR Focal Point, most efficiently, all the public health-related information and events taking place within its territory to the WHO within 24 hours of the assessment. The State(s) will keep WHO informed with accurate and detailed public health information, inter alia source and type of the risk, number of cases and deaths, measures taken to prevent spreading disease etc. Article 7 covers explicitly the unexpected or unusual incidents related to public health irrespective of origin or source. It imposes an obligation upon States to share public health information with WHO even the origin or the source of the disease is unknown to the State itself.

The theory of hatching nConvi19 in the laboratory of the city of Wuhan has been refuted by a group of researchers. Kristian Andersen, PhD, one of the authors of the paper, “The proximal origin of SARS-CoV-2, said “by comparing the available genome sequence data for known coronavirus strains, we can firmly determine that SARS-CoV-2 originated through the natural process.

A novel influenza-like illness was found in the body of workers and customers of the Wuhan city’s Huanan Seafood Wholesale Market in the mid-December 2019. On 30th December Li Wenliang, an ophthalmologist, at the Wuhan Central Hospital, revealed the information online. Although Wuhan public health authorities solicited information about the spreading of “pneumonia or unclear cause”, it suppressed Li Wenliang’s alarm on the nConvid19. Many medical professionals and journalists who tried to disclose information about nConvid19 were silenced and detained by the Chinese authorities. On December 31st, the Wuhan Municipal Health Commission wrongly claimed that there is no human to human transmission of nConvid19.

Furthermore, the Commission described it as seasonal flu which is preventable and controllable. Till 14th February, China waited to disclose that around 1700 healthcare workers have been found positive of nConvid19. It is more than apparent that Chinese government evidently suppressed and withheld the important public health information for almost two months. This may conclude that China intentionally as well as deliberately failed to communicate information with WHO in the event of PHEIC.

According to article 37 of the WHO Constitution, the Director-General of the WHO and the stuff shall be independent and impartial while exercising powers and functions. In order to remain independent and impartial, they shall not seek or receive instructions from any government or from any external authority. On the other hand Member States have been obliged to respect the international character of the Director-General including staff and not to influence them. An affected State could make a potential claim that China deliberately tried to influence the Director-General of the WHO and the stuff by allegedly withholding information, providing inaccurate or false information, and by not providing information in the crucial time.

Now, the difficulty ascends as to how do we link the violations of IHR with the violation of the WHO Constitution? The State could well invoke articles 21 and 22 of the WHO Constitution. Article 21 gives WHO authority to adopt regulations concerning sanitary and quarantine requirements, prescribing standards in respect to diagnostic procedures, nomenclatures with respect to disease, causes of death and public health practices etc. Article 22 talks about the procedure of coming into effect the regulations adopted by Health Assembly, rejection or reservation of the Member State to the regulation under article 21. Thus, it could appear that the dispute is one of the interpretation and application of the WHO Constitution since China’s alleged violations of rules of IHR indirectly violated articles 21 and 22 of the WHO Constitution.  Some may argue that articles 21 and 22 are not substantive rules in nature but only procedural. They are only concerned with the Health Assembly’s authority to adopt and the procedure of coming into force of IHR. Thus, there is no substantive obligations imposed upon the Member States by these two articles.

Draft Articles on State Responsibility and Accountability of China

Under Article 2, the wrongful acts are those actions or omissions which constitute breach international obligation and can be attributable to the State under international law. The conduct is attributable when a State organ commits it through the legislature, executive, and judiciary or any other functions irrespective of position it holds in the organisation of the State or character of as an organ in the central government or in a territorial unit of the State. Responsibility emanates from the local Wuhan authorities to the Chinese central government which are all the State organs whose alleged wrongful conducts could be attributable to China.

Organs include any person having status in accordance with the internal law of the State. China’s alleged willful and intentional failure to share information expeditiously with WHO in the event of PHEIC in accordance with IHR constitutes breach of international obligations under article 12 of the Draft Articles. Even China is responsible for article 14 for the continuing breach of obligation. A combined reading of both articles reveals that a State is in breach of international obligation when its act or a continuing act is not in conformity with the obligation imposed on it. Legal consequences follow the international responsibility of a State.

A study at the University of Southampton revealed that timely intervention one, two, or three weeks earlier in the crisis could have reduced the cases by 66%, 86%, and 95% respectively. Thus, had China intervened responsibly and timely, the number of people affected could have been reduced. The State is under obligation to make full reparation for both material and moral injury caused by its wrongful acts under article 31. The ICJ in the Corfu Chanel case (1949) held that no State might knowingly allow its territory to be used for acts contrary to the rights of the other States. Simply speaking, China is under obligation that individuals within its territory do not cause harm to the rights of the other States.

Taking a State to the ICJ or any other international tribunal is a herculean task before an aggrieved State since as pointed out above that the international adjudication is consent-based. It is highly unlikely that China would submit the dispute before an international forum. The challenge is more painstaking when the perpetrator State is powerful and influential militarily and diplomatically. One must not forget that China holds permanent membership of the UN Security Council, which enables China to invoke veto power to block events once its interest is at stake. This is what P5 members of the UN Security Council often does (did) as revealed by history of UN. Even if China agrees or the ICJ finds jurisdiction over the dispute and finds China responsible for nCovid19 outbreak, the contest still be there in implementation of the judgment. The decisions rendered by the ICJ shall be obeyed willingly by the disputant parties.

The UN Security Council as a custodian of world peace plays a vital role in the implementation procedure of the ICJ decisions. Article 94 provides that in case of failure or non fulfilment of the obligation under the judgment, any party may recourse to UN Security Council and the Council will take necessary steps inter alia recommendations, or measures to be taken by the disputant to enforce the judgment. Thus, as a P5 member, China has the power to block any action that the UN Security Council might take to give effect to the ICJ judgment. Another less vigorous way to hold China responsible is resorting to advisory jurisdiction of the ICJ. Invoking the advisory jurisdiction of the ICJ does not need consent from the disputant parties.

Under Article 96 of the UN Charter UN General Assembly, UN Security Council, other organs of the UN and specialised agencies that maybe authorised by the UN General Assembly may seek advisory opinions of the ICJ on any legal question or any legal question arising within the scope of their activities (for other UN organs and specialized agencies). The problem with the advisory opinion of the ICJ is, it lacks binding authority. Thus it leaves the enforcement of the decision on the disputant States and the UN General Assembly good faith and civilized behaviour.

WTO in troubled water with no captain in sight