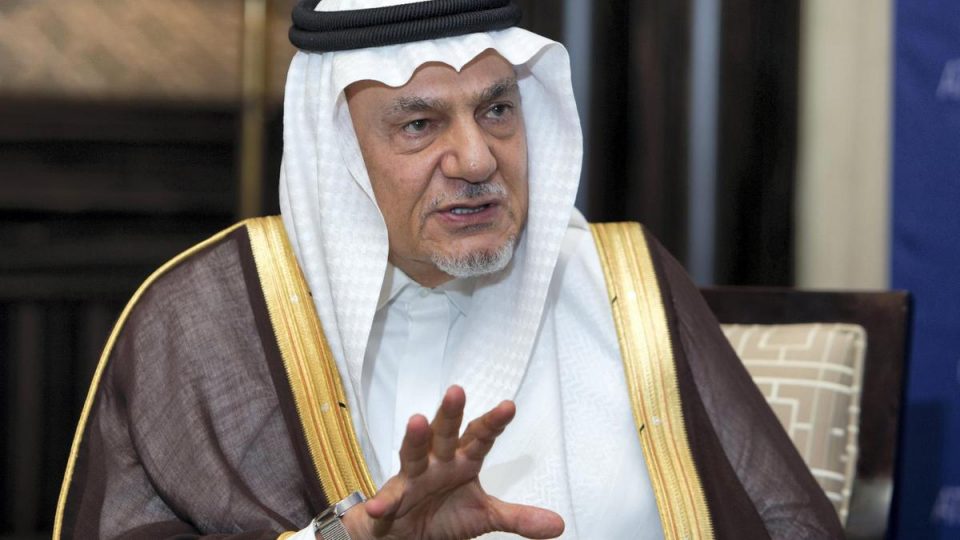 FM Ashkenazi, who also was in attendance, says he regrets the statement

Associated Press, Ynet |
A prominent Saudi prince accused Israel on Sunday of holding Palestinians in concentration camps.
The Saudi former diplomat spoke at the Bahrain Security conference that was also attended by Israeli Foreign Minister Gabi Ashkenazi, a former military Chief of General Staff.
Prince Turki al-Faisal, who led Saudi intelligence for more than two decades and served as ambassador to the U.S. and Britain, warned that any normalization deals needed to help the Palestinians obtain their own independent state.
He described Israel as a “Western colonizing” power. He said Israel has “incarcerated (Palestinians) in concentration camps under the flimsiest of security accusations— young and old, women and men, who are rotting there without recourse to justice. They are demolishing homes as they wish and they assassinate whomever they want.”
Although the prince does not hold any official position, his stance is seen as closely mirroring that of King Salman. In contrast, Saudi Crown Prince Mohammed bin Salman has signaled greater willingness to quietly engage with Israel to counter common rival, Iran, and boost foreign investment in the kingdom.
Prince Turki’s comments came as neighboring Bahrain and the United Arab Emirates recently moved to normalize relations and establish ties with Israel.