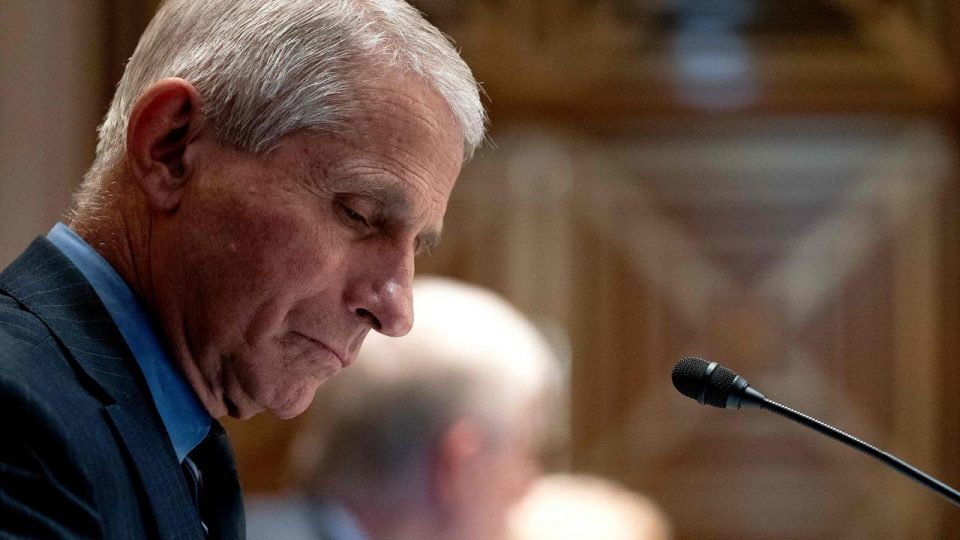 is a game and tech journalist from the US. Aside from writing for RT, he hosts the podcast Micah and The Hatman, and is an independent comic book writer. Follow Micah at @MindofMicahC

Director of the US National Institute of Allergy and Infectious Diseases Anthony Fauci listens to a question regarding a pause in the issuing of the Johnson & Johnson Janssen Covid-19 vaccine during a press briefing at the White House April 13, 2021, in Washington, DC. ©  Brendan Smialowski / AFP
Dr. Anthony Fauci’s recent suggestion that attacks on him are attacks on science itself is nonsensical. His attitude towards criticism is a prime example of scientism, which treats people in scientific fields with undue reverence.

There has been an interesting cultural fight within the culture war over science itself. Many people on the political left have a tendency to place scientific method on a pedestal and not consider it for what it is – which is, purely and simply, scientific method.

Rather, they treat science as a sort of dogma which cannot be challenged. In a sense, their attitude towards it is not that different from a Christian’s outlook on the Bible. A Christian believes that the Bible is God’s word, and is static and unchanging because of the nature of God himself.

However, the nature of science is not static because our understanding of the world is not static. As such, it’s appalling when someone who wields as much influence and political power as America’s chief medical adviser Dr. Anthony Fauci speaks in a manner that treats science as a dogma.

Also on rt.com Overexposed Fauci has nothing to add to gun debate and his intervention is an insult to firearms victims In a recent interview with Chuck Todd on MSNBC, Fauci recently claimed people who are critical of him are “critical of science itself”, which is clearly preposterous. Science is meant to be questioned. If science was not questioned, scientific progress would be impossible because there would be no prevailing attitude that more must be learned.

The attitude and belief that science is some sort of monolith is very disconcerting from a societal perspective. I have great respect for those who spend their time trying to understand our universe one cell and one atom at a time, but Fauci’s stance seems to spit in the face of those people. Ultimately, every person who works in the sciences can only act on what they know, and whether they admit it or not they’ll never know enough. That, surely, is the name of the game.

However, Dr. Fauci comes across as if he is the self-declared face of science and that he cannot be questioned for this very reason. Aside from this being wildly untrue, this is a prime example of scientism. It promotes the idea that his diplomas and governmental position make him someone who cannot be questioned, and that his knowledge has elevated him to a place above us mere mortals. As such if you don’t listen to what he says you’re nothing but a troglodyte.

I don’t know how a man of such short stature carries such massive arrogance, but he certainly does not speak as if he is someone who has the proper attitude of a scientist.

And there is a deeper cultural issue that comes from this. The trend of those on the Left to worship scientists as if they are holy figures does nothing but boost their egos. That sort of deference does not show a hunger for knowledge, which is problematic.

Sure, scientists are to be respected because success and status take an incredible amount of study and knowledge. But it doesn’t make you God. And ultimately, for everyone’s sake, I would hope that Fauci will realise this at some point.