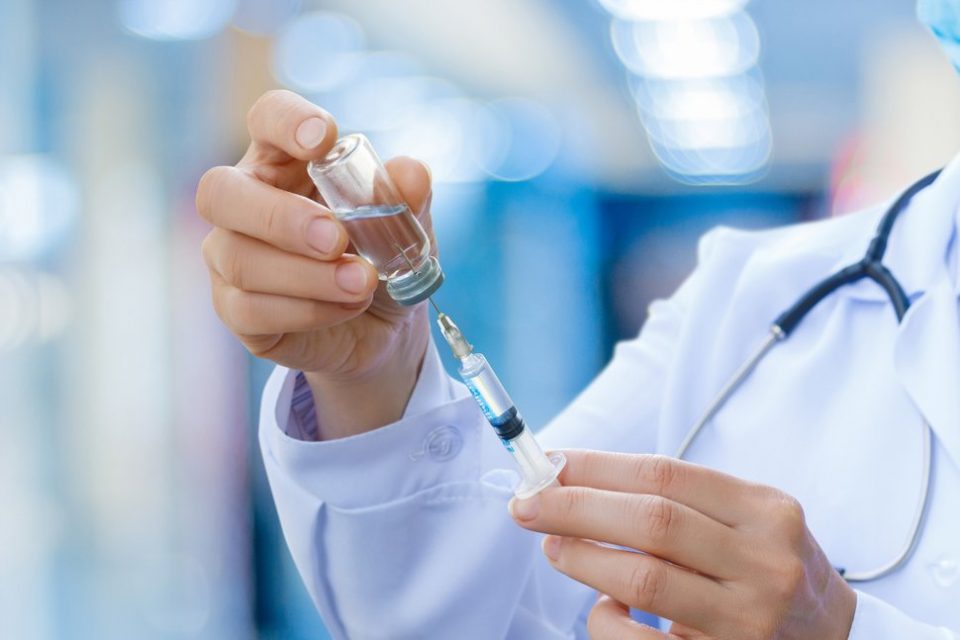 Don’t believe everything you are told about the Covid-19 pandemic, the writer argues.
Rehman Asad/NurPhoto via Getty Images
12 July, 2020

Ian Glenn writes that even if information about Covid-19 pandemic comes straight from a doctor’s mouth, we should still treat it with a healthy dose of skepticism.

Who should the public believe at this time of medical crisis?

Many have warned against fake news or talked about the infodemic of stories battering us.

They usually suggest we turn to reputable medical sources and good journalists. I want to take the contrarian view of that well-known medical expert, television’s Dr House, and say we should work on the assumption that “everybody lies.”

It took a long time for doctors to acknowledge iatrogenic diseases (the famous case of doctors transmitting puerperal fever because they didn’t wash their hands properly before and after treating a patient) and we should now be aware of an iatrodemic – a flood of dubious information from medical authorities. And while nobody sensible is going to believe that a herbal drink from Madagascar or swallowing bleach (or was Trump suggesting injecting it?) kills the virus, the bad advice from medical authorities has already cost and will no doubt cost far more lives and infection and misery than any video of Chinese eating bat soup or Bill Gates being Beelzebub.

The record of communication from medical authorities on the coronavirus is a litany of intellectual and political failures, of misinformation and bad guesses and failures of foresight and damaging first impressions.

I have a little list that doesn’t even go into dodgy modelling or bad policy decisions – most of the latter of course not made by doctors but often informed by them.

A global survey of preparedness for a pandemic carried out in October 2019 by experts in the Global Health Security Index suggested the Americans were the best prepared, followed by the British. Such a judgment may have contributed to a false sense of security in those countries.

Which authorities should we trust?

The Americans and others point accusingly at the Chinese government and their early suppression of the bad news and the punishment of the medical whistleblower. Correctly. They also point at the WHO and their failure to give an early warning or support stopping travel from China. Taiwan warned the WHO about human-to-human transmission but the WHO bowed to Chinese political power and avoided the issue. The American failures at national and state level are legion.

For South Africans, the WHO endorsement of Traditional Chinese Medicine (TCM) – not long before the pandemic started – should be a red flag.

TCM has a possible role in a pandemic which may have originated in eating pangolin in the belief that it had medical benefits. Should we not be concerned that the WHO’s medical endorsement of TCM served and serves as a justification for the massacring of tigers, lions, pangolins, donkeys and rhinos?

Nor have the WHO’s straightforward medical judgements been much good either, as when they had to retract a statement suggesting that having contracted the virus offered no immunity afterwards.

One of the problems with doctors is that they seem to have rushed to judgement and had itchy Twitter fingers. Look at Brazil’s President Jair Bolsonaro, everybody sensible’s villain with his dismissal of the virus as a little cold and his refusal to wear a mask. Where on earth could he have got his mad ideas?

Well, in March, Dr Anthony Fauci, with other major figures, wrote in the New England Journal of Medicine that “the overall clinical consequences of Covid-19 may ultimately be more akin to those of a severe seasonal influenza (which has a case fatality rate of approximately 0.1%) or a pandemic influenza (similar to those in 1957 and 1968) rather than a disease similar to SARS or MERS…”

That case fatality rate assumption turned out to be a dangerous underestimation for certain countrie,s but it may be that Bolsonaro based his judgement on it.

Or, if he were following serious medical Tweets from Britain, he could have found the following from Richard Horton, editor of The Lancet. He tweeted, on January 24, “A call for caution please. Media are escalating anxiety by talking of a ‘killer virus’ + ‘growing fears’. In truth, from what we currently know, 2019-nCoV has moderate transmissibility and relatively low pathogenicity. There is no reason to foster panic with exaggerated language.”

In February, the Lancet was still calling for more study of the virus before action could be taken. Horton has since had a case of convenient amnesia in slamming the British government for a tardy response but who made him offer those reassuring words? Any politician relying on the judgement of these senior medical figures may have acted too slowly and reluctantly.

If the trinity of personal responsibility is Lady MacBeth (wash your hands obsessively), Greta Garbo (I just want to be alone, at 1.5 or 2 metres) and Zorro (give me my mask), some authorities got from A to Z very slowly.

Take Donald Trump and his flagrant, ostentatious refusal to wear a mask.

He could be pinpointed as a fake news merchant. And yet, on February 29, the US Surgeon-General Tweeted: “Seriously people- STOP BUYING MASKS! They are NOT effective in preventing general public from catching #Coronavirus, but if healthcare providers can’t get them to care for sick patients, it puts them and our communities at risk!”

Dr Fauci said much the same thing in March.

It took until April for the official advice to change in the USA. In March, England’s deputy chief medical officer Dr Jenny Harries said it would be a ‘quite a bad idea’ to wear a face mask in public.

And the WHO? They only grudgingly accepted the benefits of masks in early June.

Many doctors now allege the WHO are caught in a time warp where they deny the likelihood of airborne transmission and are fixated on infection by droplets on surfaces which characterized earlier pandemics. So if Donald Trump is mad, he has had WHO sanction for much of the time – at least on masks.

With thousands of articles a week appearing in the scientific literature, the chances of bad advice being seized upon were and remain high. Trump drew ridicule for touting the benefits of the drug hydroxycholoroquine but he was following the advice of well-known French doctor Didier Raoult.

Early on, South Africans were delighted because of the hypothesis that BCG vaccinations would protect us. Or because the virus didn’t like the heat. Or because smokers were less at risk. Or because young people are not at risk.

None of these ideas came from evil fake news producers but from medical researchers speculating, often drawing conclusions prematurely from insufficient evidence, or wanting to be first. In some cases, these may have led to poor decisions from individuals or governments. We are lucky that we had Dr Abdul Karim pointing skeptically at the idea that we had some unique ‘mojo’ to protect us.

The French sociologist Pierre Bourdieu somewhere remarks that the science of the past is today’s folklore. We have just seen lots of cases where yesterday’s scientific speculation turns into today’s fake news.

Where the stakes for being first in science are so high, and the human propensity to believe news that suits us is so strong, we should read claims sceptically, with the assumption that everybody lies, or is working on insufficient evidence, or has rushed to judgement.

The messy process of reaching scientific consensus is, it turns out, full of speculation, errors, self-interest, blind spots. So, when a doctor speaks about Covid-19, get a second opinion — and maybe wait for a third.

The article first appeared on 24News