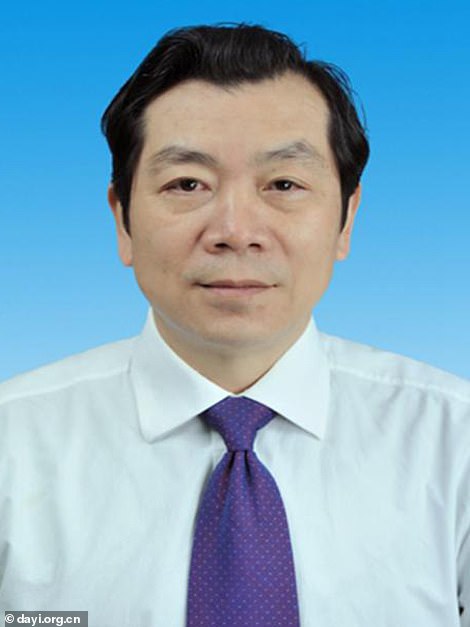 State-run China Global Television Network reported in a tweet that a doctor who had been treating patients in Wuhan, 62-year-old Liang Wudong (left), had died from the virus.

Medics have been filmed collapsing at hospitals in crisis-hit Wuhan as the coronavirus outbreak continues to spread across the world – with at least one doctor believed to have died from the virus in China and the US set to evacuate its citizens from the crisis-hit city.

Liang Wudong, 62, who had been treating patients in Wuhan, died from the virus this morning, state-run China Global Television Network reported.

Wudong, who was retired but drafted in to help with the outbreak, died after time spent treating patients. It was also reported that another doctor, Jiang Jijun, has died from a heart attack while treating the afflicted.

It is unknown if the infectious disease specialist, who has treated bird flu and influenza A and tuberculosis over the years, died as a result of coronavirus or from exhaustion.

The virus-hit Chinese city of Wuhan, already on lockdown, banned most vehicle use downtown and Hong Kong said it would close schools for two weeks as authorities scrambled today to stop the spread of an illness that has infected more than 1,300 people and killed 41.

And the US, which has around 1,000 citizens in the city, is set to evacuate those it knows about – including diplomats – on a 230 seater charter flight tomorrow.

The US government won approval for the operation from China’s Foreign Ministry and other government agencies following negotiations in recent days, The Wall Street Journal reports. The British Foreign Ministry is yet to confirm whether it will do the same.

Also today, distressing video has emerged showing a doctor collapsing on the floor as footage revealed the full scale of panic inside Wuhan hospitals, with crowded corridors and patients slumped on the floor.

Video shows staff shouting at patients to calm themselves as medics desperately try to contain the situation. Some workers are reported to be wearing diapers as they don’t have time to use the toilet amid the panic.

Some 56 million people are now subject to restrictions on their movement as authorities expand travel bans in central Hubei province, now affecting 18 cities.

Chinese President Xi Jinping said the country facing a ‘grave situation’ where the coronavirus is ‘accelerating its spread’. In a crisis meeting he said resources and experts will be concentrated at designated hospitals with severe cases, and no treatment would be delayed due to cost.

Other shocking developments in the outbreak today include: 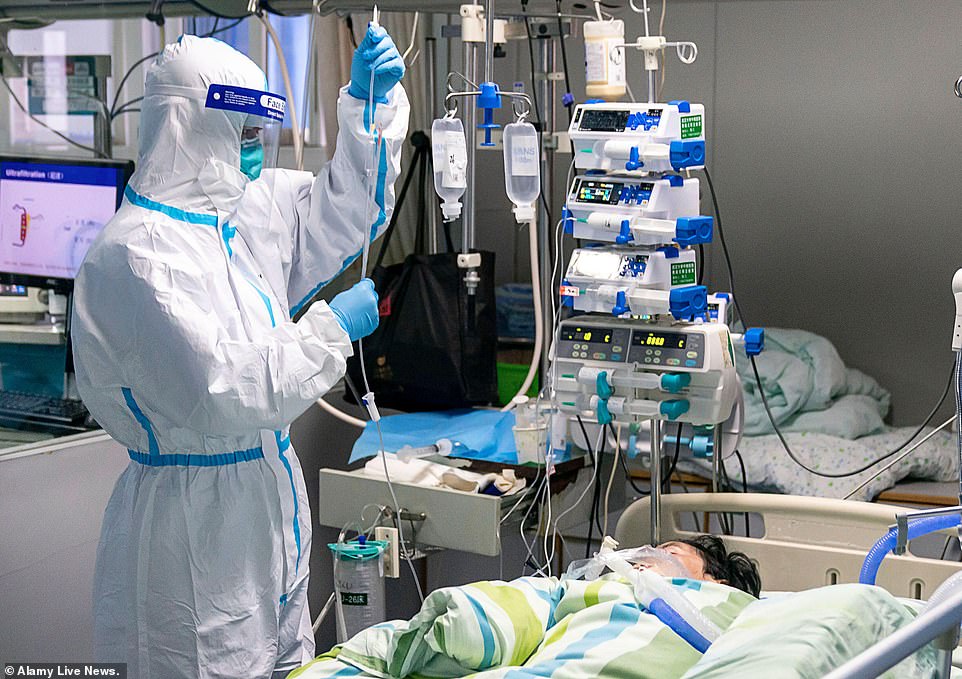 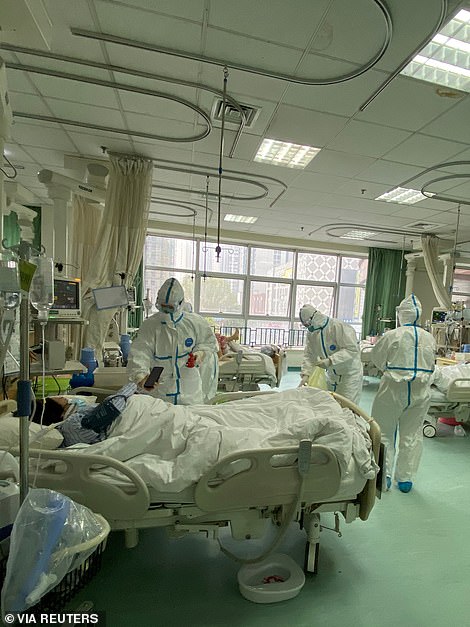 State-run China Global Television Network reported in a tweet that a doctor who had been treating patients in Wuhan, 62-year-old Liang Wudong (left), had died from the virus. It was not immediately clear if his death was already counted in the official toll of 41, of which 39 were in the central province of Hubei, where Wuhan is located (right, doctors donning white boiler suits treat patients at Wuhan Central Hospital)