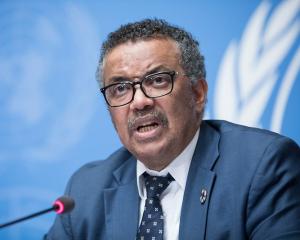 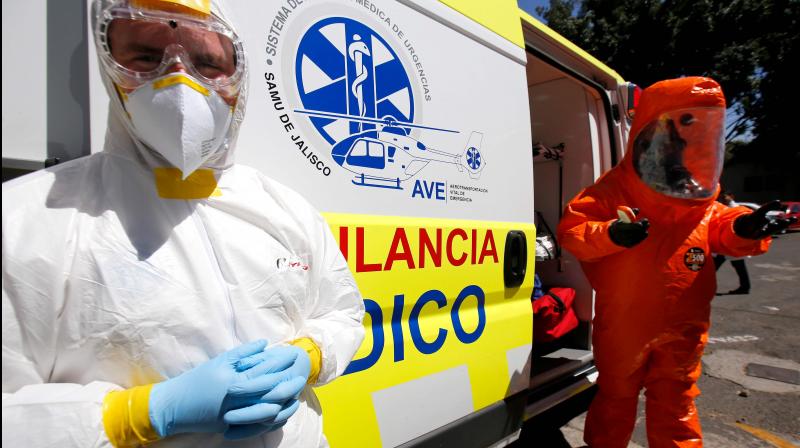 A doctor and a paramedic from the Emergency Medical Care System (SAMU) of Jalisco stand inside the mobile intensive care medical unit the “UTIM”, the first in Latin America equipped to transfer people infected with the COVID-19 virus in Guadalajara. AFP Photo

Beijing: The world has entered uncharted territory in its battle against the deadly coronavirus, the UN health agency warned, as new infections dropped dramatically in China on Tuesday but surged abroad with the US death toll rising to six.

Globally, the virus has killed more than 3,100 people and infected over 90,000 even as a clear shift in the crisis emerges, with nine times as many cases recorded outside China as inside, according to the WHO.

China has imposed draconian quarantines and travel restrictions to keep large swathes of the population indoors for weeks, a strategy that appears to have paid off as new cases have been falling this month.

While Italy has locked down towns, other countries have stopped short of imposing mass quarantines and instead have discouraged large gatherings, delayed sporting events and banned arrivals from virus-hit nations.

South Korea, Iran and Italy have emerged as major COVID-19 hotspots, which is believed to have started at a market that sold wild animals in the central Chinese city of Wuhan late last year.

South Korea, the biggest cluster outside China, approached 5,000 cases on Tuesday as 477 new infections were reported, with two more fatalities taking its death toll to 28.

China is even importing infections now, with 13 so far, including eight Chinese nationals who had worked at the same restaurant in northern Italy’s Lombardy region.

“We are in uncharted territory,” WHO chief Tedros Adhanom Ghebreyesus said on Monday.

“We have never before seen a respiratory pathogen that is capable of community transmission, but which can also be contained with the right measures.”

Community transmission means infections within a population are not imported from another virus-hit area.

The United States is now facing a potential epidemic, with six people dying in the northwestern state of Washington, where officials warned residents the battle against the disease was shifting from containment to mitigation.

“The risk for all of us of becoming infected will be increasing,” said Jeff Duchin, a health officer in King County where five of the deaths occurred.

The county has more than two million residents and is home to Seattle, a major commercial and transportation hub in the Pacific Northwest region.