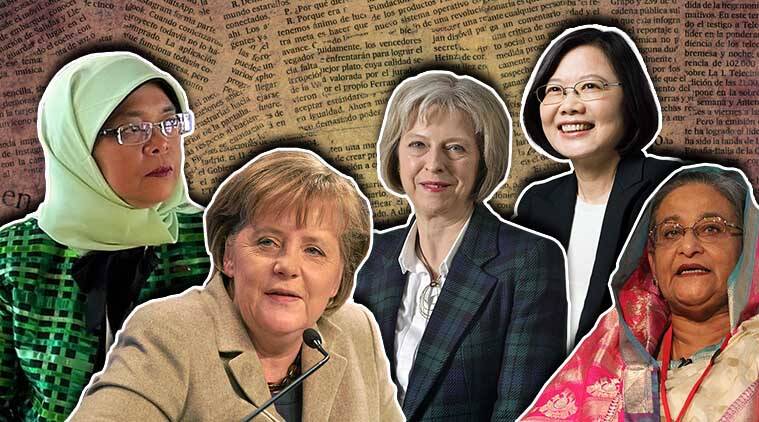 At least during the first wave of Covid-19, countries with female leaders suffered far lower death rates than comparable nations led by men. This doesn’t mean that the trend will necessarily persist in a second or third wave. Nor does it imply that women are also better leaders when it comes to whatever else governments find themselves doing, from reforming labor markets to waging war. But it’s worth pondering nonetheless.

In doing so, it’s of course tempting to descend into the netherworld of gender stereotypes and individual caricature. Donald Trump, president of the country with the most deaths from Covid-19, has communicated with an uninformed machismo that has provoked reactions ranging from shock to satire. Jair Bolsonaro, president of Brazil, the runner-up in coronavirus deaths, has pooh-poohed the disease as a “little flu.”

By contrast, Angela Merkel, chancellor of Germany, which has generally managed the outbreak well, has impressed with explanations of the epidemiological R0 factor that went “viral” for their sobriety and clarity. Jacinda Ardern, prime minister of New Zealand, which has only 22 deaths from Covid-19 to date, has talked to Kiwis via Facebook Live from her home in a way that is casual and interactive but also reassuring and credible.

Erna Solberg, prime minister of Norway, with 264 deaths, has told her country’s children that “it’s OK to be scared when so many things happen at the same time,” acknowledging vulnerability even while projecting competence.

But in a new global analysis, Supriya Garikipati at the University of Liverpool and Uma Kambhampati at the University of Reading avoid stooping to mere anecdotes. Using data up to May 19, they matched the 19 countries led by women with their “nearest neighbors” according to a mix of factors including population, the economy, gender equality, openness to travel, health expenditures and the proportion of elderly people. They couldn’t use Taiwan (7 deaths), which is governed by a woman but doesn’t belong to the United Nations.

Their conclusion was unequivocal: On average, the countries run by women suffered half as many deaths from Covid-19 as the nations governed by men. And in individual pairings, “female” countries fared better than “male” ones. Why?

Part of the answer is that the female leaders generally ordered lockdowns much earlier, thus “flattening the curves” of their national outbreaks. Ardern, for instance, calls this approach “going hard and early” — she just went into another temporary lockdown after a new cluster of cases following 100 days of no local transmission at all. But that only raises the question of why women tend to come to that difficult decision so much faster than men.

One reason could be that women are more averse to risk, as most studies corroborate. But the choice facing leaders this spring wasn’t simply between more or less risk. It was a trade-off between one risk, that to life, and another, that of economic loss. So the difference between the men and women, as the study’s authors point out, was really that the women took less risk with lives and more with the economy, whereas men did the opposite. Over time, of course, death and economic loss become intertwined.

The women also tended to communicate very differently with citizens. It’s long been hypothesized that female leaders lean toward “a more democratic or participative style” whereas men are “more autocratic or directive.”

That’s been hard to prove, but researchers are still studying whether women indeed bring more empathy to leadership or integrate more emotional information in their decision making.

An interpersonal, empathetic and participatory approach certainly seems to help in managing a pandemic. This requires building and maintaining a consensus that the threat is serious, that sacrifice is necessary to protect others, and that individual liberties must be weighed against public-health considerations. And that kind of dialogue with citizens appears to be especially hard for strongmen and comparatively easier for other leaders, female or male.

Comparisons between the sexes invariably become frustrating, either verging on the stereotypical or the vague and woolly. We have no idea how the late “Iron Lady” Margaret Thatcher — or the Brittonic Queen Boudica, who gave short shrift to several Roman legions — would have managed Covid-19. In leadership, individual character and talent surely trumps gender and everything else.

That said, the pattern during this pandemic so far certainly suggests that the world could use much more female leadership. With only 19 countries of the 193 in the UN run by women, there’s plenty of room for improvement.

Statements, comments or opinions published in Warsan magazine are of those of the authors and do not necessarily reflect the editorial policy of Warsan magazine. Warsan reserves the right to moderate, publish or delete a post without prior consultation with the author(s). To publish your article, contact our editorial team @ warsan54@gmail.com or tips@thewarsan.com