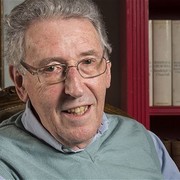 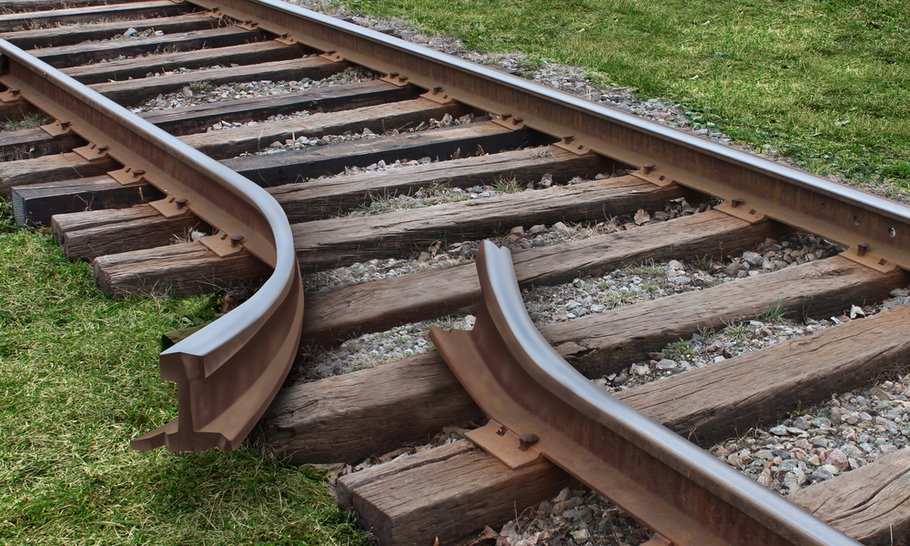 The further we look back, the further forward we can see, as Churchill once said. Are today’s most dangerous notions and obsessions just pure folly, as with Barbara Tuchman’s classic examples, where the whole establishment, along with the media, were united in a view which turned out to be catastrophically wrong? Or are we dealing with deliberate wrecking tactics (luring our country and society onto the rocks)? Or is it just a matter of  the endless “ignorance of the learned” — William Hazlitt’s favourite phrase — and an alarming absence of common sense?

A bit of all three, I suspect. Partly there are malign and deliberate attempts to sabotage stable societies and create turmoil (The Jihadist strategy and the fake news miasma). Partly we face just economic illiteracy, shallowness of understanding and yearning for the “inevitable” march of history to lead to nirvana. This is the dangerous swirl of ideology and historicism against which Karl Popper warned us but which today’s ideologues, of both left and right, seem to have forgotten.

We also have to contend with the pitiful state of the public experience and memory of governance and the state. Possibly the last remnants in the UK are to be found in the much reviled House of Lords. As Herbert Agar, author of The Time for Greatness long ago warned “If the web of history breaks, civilisation breaks. Such a break is the most fearful of calamities that can fall upon humankind.”

What follows is an updated version of a list, mainly in note form, that I started ten years ago. It contains the worst ideas in circulation today and it is really worrying how many of them are stubbornly embedded in public discourse, quietly poisoning our present day and jeopardising our future. So here we go:

We have to grapple with the widespread belief that Britain today is belittled and “marginalised”. Behind this is the fallacy of spheres and blocs, and the insistence that Britain is being “isolated” (see for example Timothy Garton Ash, Philip Stephens etc.) It fatally overlooks the emergence of the networked world, and of the revolution in mass communications which has changed the dynamics of international relations, and shifted power both eastwards and downwards into the hands and minds of mass opinion. The 20th century pattern was a hierarchy of Western nations with the US at the top. But networks defeat hierarchies.

That is what leasers on both sides of the Atlantic have not grasped. It is why the vast Commonwealth network, and Britain within it, has become so important and why the rising significance and power of Commonwealth countries — especially in relation to global security and defence, in fighting climate change and in energy resources — is becoming so central. Easternisation and rising Asian power are set to become the drivers and the stabilisers. Africa is rising in economic and diplomatic power; Japan’s friendship and twinning with the UK is a crucial new part of our re-positioning.

We are not quite at the Decline of West. We must always stay on good terms with Washington — and if possible, with Brussels. But we should run a mile from the Manichean view of the world of which American professors are so fond, as are our right-wing tyros here. Forget all the talk of a clash of civilisations, the Thucydides trap, inevitable war with “the enemy” (Russia this week, China the next). Actually, convergence between East and West, and between philosophies and styles of governance, is more likely than a clash, as countries like Vietnam clearly show.

The United Kingdom, if we can keep it united, and as much of the British Isles as we can befriend and impress, should stay well clear of this kind of absolutism, which always slides off into political hysteria within the old carapace of left-wing and right-wing — a philosophical casing now completely outdated by technology.

2. The fallacies of “public opinion” and “the will of the people”

Pollsters are almost always wrong in that they treat people as categories. They start from the fallacious belief that opinion amongst millions of individuals in all its shifting diversity, can somehow be collectivised, extracted via “typical” samples and paraded as the view of the public.

Worse still, and much more dangerously is the notion that there exists a “Will of the People”. When we start hearing that phrase then it really is time to start sounding the tocsin of liberty. The next phrases will be in the language of denunciation of alleged “enemies of the people” — that totalitarian phrase of condemnation.

Opinion polls skim the surface of opinion. They fail to elicit or reveal feelings of purpose, pride, identity. They fail to reflect “the Commonwealth Within”. They fail to interpret the exercise of soft and wise power, the mixed feelings of hope and trust in relation to Governments, rulers and “the State”. They are good for selling branded products but not for distilling public wisdom or evolving sentiments, hopes and fears.

Let’s turn to the European Quagmire and the “Fallacy of Integration”. This is how we drifted into the EU mess. The idea persists that Britain is in irrevocable decline. It began with Harold Macmillan, prevailed in the upper reaches of Whitehall and in academia and with the likes of the late Hugo Young, among many others. The yearning remains for some blueprint, for a destiny or advance to some ideal within a larger bloc. But this overlooks a most common fallacy — that if you push societies and nations too hard together, the result is not integration but disintegration. All along, British leaders have failed to see this and have lacked the courage to nudge, push and persuade leading Europeans that they are on the wrong track.

4. The Fallacy of exportable democracy

We are submerged by American illusions and the fallacy of exportable democracy: it is time to see why America no longer leads and should not try to do so. It is time to reassess American strengths and weaknesses in a world where “big” is vulnerable and not necessarily beautiful. It’s time to see the endless errors of Condolezza Rice and the George Bush junior era, then of Hilary Clinton and now the self-contradictory Trump White House.

Liberal interventionism didn’t work, and our obsession with exporting democracy meant we got the Arab Spring wrong, we blundered in Iraq and oversaw tragedy in Afghanistan, Syria and Libya.

The central point is that no one has world supremacy in a multi-connected network. The east and west are converging, not clashing. We should run a mile from Manichean views which divide the world into clashing civilisations, and competing political systems — so beloved of American professors and Mike Pompeo.

Our green energy policies have failed. But there is a danger that this will cause us to put our own “virtuous” policies of greening Britain ahead of the real policies that are needed to reduce world carbon emissions and combat the climate dangers we face. The truth is that China, India, Russia and the US are at the centre of this — they are the really big emitters. Unless we can focus our genius on the solutions to their vast emissions, their massive coal-burning and their need for cheap energy to survive and prosper the whole climate battle will fail.

The politics have been grossly mishandled and there have been far too many wrong-headed carbon penalties and targets which do not work. Technology is the key to the global greener future. Costly attempted climate policies kill more than they will ever cure.

6. The fallacies of modern economics

The fallacy is of economics is that it’s a science, built on rational behaviour by “rational man”. This leads directly to erroneous growth measurements and to the belief in the Government’s ability to promote growth and happiness. The economy is in fact a process and a catallaxy, not a machine or a system.

Capitalism is always bound to transform itself. We are entering a deeply sensitive economic period — the recovery will be international and cannot be delivered by domestic policy manoeuvres alone, however dexterous. Utterly misleading statistics are fed to the media, that do not measure reality. We have here the fallacy of economic aggregates, the concepts invented by Keynes and others to try to understand, and manage, the economic conditions of his day, but which have all been superseded.

7. The fallacies of aid and development

The reality which well-meaning and compassionate aid enthusiasts cannot face is that many types of aid programme are in fact stifling development. The engines of growth have been spelt out again and again, (by such perceptive gurus as Hernando de Soto and Dembisa Moyo). What has happened in Africa is for all to see. Yet still the lessons are not being learnt. The African scene is now being transformed.

Along the way there has been the need to avoid the curse of aid becoming comparable to the curse of oil, although with the shrinkage of oil prices, this will solve itself. Meanwhile the Chinese are everywhere (and creating common problems of balancing cooperation and containment in every Commonwealth member state). This is an area where Britain constructively should be leading, instead of sinking into blind Sinophobia. In Africa it spells another way for development and another way for defeating poverty.

8. The fallacy of solutions

For many issues there are no solutions. History shows the darkness of political ideologies and the danger of blueprints, destinies and dreams. The new networked world has no centre. There is no new Rome (although Washington is built like one) and no blueprints. We need to be guided by the insights of Matt Ridley (everything is evolving) and the apophatic view of Karen Armstrong. Democracy means constant testing of view by argument, not visions or history and scientific inevitability, that central Marxian error.

There is no “solution” to the problem of Europe. We have to live with a Europe of constant bargaining and unending argument. This will come to be understood. By early 2020, even the negotiating officials in London and Brussels were beginning to grasp that ahead lies a “Europe of constant argument”. There will never be settlement — on level playing fields or much else — because the ground is always shifting. The Swiss found that out long ago.

9. The fallacy of disproportionate pandemic reaction

A dangerous and contagious global outbreak has coincided with the on-going digital revolution in information technology.

Consider some basic figures. The world’s population is 7.9 billion and global covid cases are at around 23 million. Deaths from Covid are at just under 800,000.

This means the other 7.877 billion, untouched by Covid-19, though disturbed, are unaffected. In short, most of the world, in fact all but a tiny margin, carries on. That may be sad and tragic, but there is not the remotest comparison with past pandemics, whether Spanish flu, TB, Swine flu, Malaria, HIV, polio, smallpox, let alone with any earlier plagues. It seems that global stock markets, and an overwhelming proportion of world business, instinctively know that and are getting on with life, wherever and whenever allowed to.

One more set of numbers. The UK has upwards of 12,000 hospitals. It has at least 140,000 beds. Currently it has 841 Covid sufferers in hospital, leaving thousands of empty beds and under-occupied staff. The only possible conclusion is that vast array of lockdown measures by many governments have amounted to a colossal over-reaction.

My family motto happens to be “Ideas Conquer All”. But, of course, if the ideas are flawed they can, and do, lead to misery and disaster.

The article first appeared in: The Article

Speak Softly and Conceal a Big Stick: A Diplomat’s Strategy for Competing with China