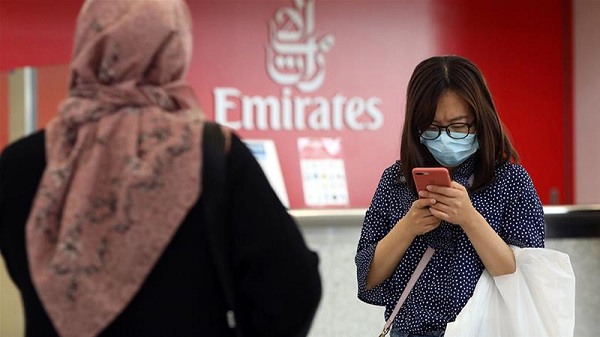 These days, the coronavirus outbreak is severely influencing the political and economic equations across the world. In fact, no actor on the world stage is found to claim it is immune to the impacts of the fatal virus disease. Even many believe that humankind has so far not experienced such a substantial crisis and perhaps no virus or crisis over history would be as critical and massive as the COVID-19.

At the time being the entire world is struggling with the virus as some Asian countries are deeply affected by the coronavirus from social, political, and economic aspects.

The United Arab Emirates (UAE)  is one of these countries. The Arab country over the past few decades has been among the top countries with the highest levels of attracting foreign investment. At the same time, it mixed with the world economically as its economy grew larger.

But now the UAE’s economy’s driving forces, namely the tourism and construction projects, are facing a serious shock as the pandemic spreads. This raises a question: How successfully could the leaders of this wealthy Arab country save the fragile economy of their country?

UAE services sector in the center of the coronavirus-caused collapse

The first reality about the UAE economy is its reliance on the services sector. While in some countries the industries take a center stage in the economy, in other countries the services are the core in the economy. The UAE is the best example of the second category internationally. The biggest blow to the UAE economy will certainly be felt by the tourism which is part of the services sector. The pandemic gravely endangers the tourism revenues that account for 11 percent of the income of Dubai, the face of the UAE tourism and economy. The Emiratis appear to have already been bracing for a ghastly financial blow.

Dubai, a city that was one of the centers of global tourism before the pandemic outbreak, is now unprecedentedly lying dormant. Many hotels shut down and the average employment rate in some hotels has reached below 10 percent.

This issue becomes shocking if we know that over the past year some 16 million tourists visited Dubai as the world’s third most visited city. The tourism income of the UAE in 2019, according to the reports, was over $28 billion.

The Emirati economy has another powerhouse which is its airlines, for passengers and transportation, which are now grounded as the pandemic continues to spread. The country is now under the heavy pressure of $135 billion debts of the air industry that accounts for 125 percent of the national income. All these put the UAE on the brink of a huge crisis and this appears to continue in the next months.

In addition to the challenges foisting themselves on the UAE economy, another hotspot in the middle of the COVID-19 challenge is the EXPO 2020 Dubai, a six-months-long fair planned to be hosted by the Arab nation. According to preplans, Expo 2020 Dubai was scheduled to be held from October 20, 2020, to April 10, 2021. The primary assessments suggested that some 25 million visitors will come to Dubai to tour the expo, with 70 percent of them being foreigner. The expo was planned to be open to the public from 10:00 am to 01:00 am next day and to 02:00 at the weekends

Despite the billions of dollars spent on arranging the event, it seems that the coronavirus outbreak will delay it, meaning a huge economic damage to the Arab country. While Expo 2020 Dubai was aimed to be a launching pad for further national economic growth of the UAE, it is becoming a stone sinking its economy.

Is UAE’s COVID-16 response adequate to deter the impacts on the economy?

As the pandemic hits the monarchy, the UAE leaders are taking comprehensive measures to counter the impacts of the fatal virus outbreak on the economy. As the first step, the UAE government said it was injecting a $27 billion stimulus package to the economy to protect the banks and businesses against the effects of the COVID-19. Also, the health authorities have called on the Emirati citizens and foreigners living in the UAE to refrain from traveling abroad as the virus continues to take its toll in the country and other countries.

Despite the preventive measures and huge spending to keep the economy going and ensure national social and economic stability, the government’s arrangements may be nonviable to a large extent in the coming months with regard to the possibility of continuation of the pandemic. This leads to the conclusion that in the upcoming months, the Arab country will go through an economic crisis with larger aspects.