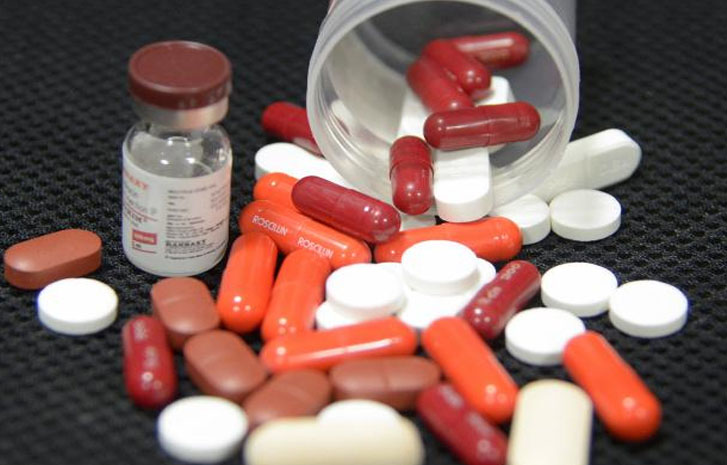 SYDNEY – On April 6, Australian researchers will start trials of the tuberculosis drug Bacillus Calmette-Guerin (BCG) as a possible treatment of the deadly Covid-19 coronavirus now spreading across the globe.

It represents perhaps the most hopeful test yet of an existing medicine currently in everyday use to tame the highly contagious Covid-19 virus.

“I am hopeful that within three months we will have a good idea which drugs are good and which drugs are bad,” said Australian National University geneticist Gaetan Burgio. “The field is moving very quickly.”

Fast action is required as the pandemic jumps from global epicenter to epicenter, with caseloads currently exploding in the United States while still ravaging Europe and gaining ground in South America after originating in China.

Global scientists say they expect to have medicines ready to treat the Covid-19 coronavirus by the end of June, the product of an unprecedented global research effort backed by dozens of laboratories and a network of corporate donors.

Researchers are already undertaking more than 100 clinical trials of possible treatments worldwide, mostly of existing drugs. New drugs and vaccines are also being developed, but will not be ready for at least a year, reports say.

Healthcare workers in Melbourne, Australia, will next week start taking BCG, a shot that has been given to 130 million schoolchildren in the past century to protect against tuberculosis.

Staff will be randomly given either BCG, an influenza shot or a combination of the two, without knowing which as part of the clinical trial.

“These trials will allow the rapid advancement of the most promising candidates to clinical practice, giving us the most number of shots on goal against Covid-19 as possible,” said Professor Kathryn North, director of  the Murdoch Children’s Research Institute director in Melbourne, while making a football allusion.

The institute’s director of infectious diseases, clinician–scientist Professor Nigel Curtis, added: “We wouldn’t be doing this if we didn’t think that this might work. And of course the only way to find out is with our trial.”

Smaller tests of the drug are also underway in the Netherlands, and the institute is looking for potential trial sites in the US city of Boston. It is expected that several dozen hospitals in Australia will join the program, which initially aims to protect frontline medical staff from the virus.

It is not likely, however, that results of the trial will be released until September, a life time as the pandemic takes a rising lethal toll, with over 785,000 and 37,600 deaths from the disease recorded worldwide as of March 31.

Although it was developed to combat tuberculosis, BCG has been found to  boost the “frontline” immunity of babies and trains their bodies to resist germs with greater intensity. Studies in Africa have shown that the drug builds up white blood cells that then target non-specific pathogens.

Curtis said about 4,000 doctors and nurses will join the trial. “We need to enroll them in the coming weeks, so the clock is definitely ticking,” he said.

Separate trials of the retired drugs remdesivir and chloroquine, used to treat AIDS and malaria respectively before better treatments were developed, are proceeding in Queensland, despite safety warnings over chloroquine.

About 50 hospitals across Australia have started human trials of the drugs, both separately and together, and the program is being fast-tracked. It is believed a treatment, possibly using remdesivir, could be ready in months.

US President Donald Trump has talked up the combination of the two drugs as a “game changer” against the virus, but chloroquine can be fatal when ingested in high doses. An Arizona man died recently after ingesting a fish tank cleaner that contained the drug, according to news reports.

“What many people don’t realize is that the dose you use for malaria is very low, whereas studies show that for Covid-19 doses are 10 to 100 times higher,” said Burgio in Canberra. “I don’t think it is clear-cut that we can say it is going to be a cure. We are not at that point yet,” he said.

The Queensland trials will aim to determine what doses are acceptable, or whether it should be used at all. Chinese scientists said they had used chloroquine to treat infected patients, but their test results have not been publicly released.

China has also claimed that danoprevir, a hepatitis C treatment sold under the brand name Ganovo, is a “promising therapeutic option” that shows no side-effects. However, it was used on only 11 patients, too few to be considered a proper clinical study.

Meanwhile, the first human trials of four drugs formerly used to treat malaria, HIV-AIDS, and ebola, and combinations of them, have started in Spain and Norway as part of a global collaboration overseen by the World Health Organization.

Research groups in Iran, Germany, Italy and Switzerland will next test the drugs for their safety and effectiveness.

“This is a historic trial which will dramatically cut the time needed to generate robust evidence about drug work,” said WHO director general Tedros Adhanom Ghebreyesus. “The more countries [that] join the trial, the faster we will have results.”

Tedros said that almost 50 countries were contributing to the drugs research and had said they were interested in conducting human trials.