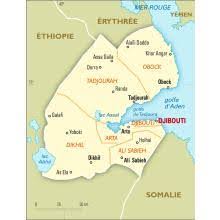 Djibouti – situated at the mouth of the Gulf of Aden, where it meets the Red Sea – was, till recently, a relatively remote country. The Bab El Mandeb, which connects both seas, has Yemen to the East and Eritrea and Djibouti to the West. Enveloped by Ethiopia, the port city-state has a small area which gives access to Somaliland. It is this strategic location which has turned Djibouti into a crucial Islamic country.

The weather in Djibouti is punishing. It’s extremely hot and humid; its high temperature in summer is about 42C. in some annals, it was described as the most inhospitablecountry in the world.

However, that has changed. In recent decades, here, globalisation has taken over Djibouti. Swanky new hotels and restaurants have sprung up, places where soldiers from the bases mingle with each other.

In 2005, when I visited Djibouti, as non-Resident Ambassador based in Addis Ababa, I was astonished that the Sheraton hotel did not have a hot water system. The hotel staff was perplexed that someone would seek hot water in the hottest country in the world.

Though it is located on the coast, it is part desert and is sparsely populated. In 23,700 square kilometres, it has less than a million people.

Historically, it was part of the Egyptian idea of Punt in the reign of Queen Hatshepsut. The Ottoman and Egyptian influence over it are recorded in medieval times. Inhabited by Somali people of the Afar and Issa clans, it was initially part of Somalia till the nineteenth-century when it became French Somaliland. In 1967, it was renamed the French Territory of the Afars and the Issas.

In 1977, it became an independent country and took on the name Djibouti, with the French maintaining the Foreign Legion at Camp Lemonnier base and guarding its sovereignty.

The world’s’s busiest shipping lanes pass by, and it controls access to the Red Sea and the Indian Ocean. It serves as a critical refuelling and transhipment centre. It is the principal maritime port for Ethiopian trade, facilitated by a nineteenth-century train running from Djibouti to Dire Dawah and Addis Ababa in Ethiopia. Now, it was replaced by a Chinese built train in 2018.

The original French interest was to have an alternate to British Aden for coaling supplies to ships coming through the Suez canal. Djibouti continues to host a French base; its the largest in Africa commanded by a 3-star general. Given the strategic importance, the Arabs also wanted to connect Djibouti to the Arabian Peninsula by building a 28.5 km Bridge of the Horns from Djibouti to Aden. However, that seems to have been shelved.

Camp Lemonnier is now occupied by a US base of the African Command. The Italian Support Military base, the Japanese base for anti-piracy operations (since 2011), and a Chinese base near Doraleh port (since 2016) are all located in Djibouti. It is also home to the Combined Joint Task Force-Horn of Africa, which was set up after 9/11 and tasked with preventing violent extremist organisations in East Africa from posing a threat to the United States.

Several progressive free trade policies and strategic location are at the core of Djibouti’s’s service-based economy. For instance, Ethiopia is dependent, for 95 per cent of its trade with the world, on the Port of Djibouti.

The same port serves all visiting ships, including the Indian Navy. When piracy was rampant in the region, the EU, NATO, Indian, Chinese and other navies were frequenting the waters around the western Indian Ocean, and the Port of Djibouti was critical to their strategy. This led the Chinese and Japanese to establish their overseas bases here. During 2008–18, the Chinese Navy deployed 26 000 personnel to the region and undertook a variety of maritime security operations.

In 2012, the government of Djibouti started the new port of Doraleh, five kilometres to the West of the city of Djibouti, when its engagement with the UAE was at its peak. Since 2005, UAE companies invested heavily in Djibouti and built infrastructure, hotels, real estate and ran the customs and ports.

Over ten traditional and Islamic banks operate here and often serve the region, including Somaliland and Puntland. Their services during the piracy period to pay the ransomware were noted. Djibouti was modelled as a small Dubai.

For India, Djibouti has been a valuable friend, even though Aden was always (even historically) been the preferred port. Over the years, more Indian ships came to Djibouti as trade with Ethiopia, Somalia and beyond grew. The increase of Indian funded projects in Ethiopia after 2005 added to its importance. Moreover, the Indian Navy frequently used the refuelling at Djibouti on their return from the USA, Russia or Europe, besides their tours in the Indian Ocean.

India assisted Djibouti to alleviate its cement shortage by financing (more than $20 million) the Ali Sabieh cement and its power generation in 2013. India has also created the Mahatma Gandhi Centre for Leadership and Entrepreneurship in 2018 to train Djiboutian youth. Indan companies are present in the Free Zone too, mostly out of the UAE.

Djibouti’s strategic advantage came most in use when India had to evacuate its citizens from Yemen in 2015. Given the problems and short ceasefire times allotted to India, Indian planes extracted citizens from Yemen, under the guidance of MoS Gen VK Singh, to Djibouti where they were aggregated and then evacuated.

In fact, Operation Rahat succeeded because of Djibouti’s open-hearted support. President Guelleh was honoured with the Padma Vibhushan in 2018. President Ram Nath Kovind made his first overseas visit to Djibouti to cement this friendship.

In 2019, India also opened a resident embassy in Djibouti. President Guelleh visited India several times since 2003 most recently for the India Africa Summit in 2015 and the International Solar Alliance launch in 2017. I happened to meet him and his affable Foreign minister during TICAD 7 in Yokohama last year, and he warmly recalled the close relationship that has developed with India, particularly the cement plant

By 2015, the situation was changing in the region. The UAE, the leading economic partner of Djibouti, was embroiled in military activity in Somalia (where its relationship collapsed) in Eritrea (with whom Djibouti has a border issue) and in Yemen to fight the Houthis. The Strain with Dubai Ports world over suspected corruption at Doraleh Port and the UAEs seeking access for military facilities in Djibouti against Yemen led to strains in Djibouti-UAE relations. DP World and the UAE turned to the Eritrean port of Assab, Puntland port of Bosaso and Somaliland port of Berbera as they felt Djibouti was not as forthcoming as earlier.

Djibouti preferred to be a host of military and economic bases, but not join wars at its doorsteps. It had carefully kept out of the Somalia crisis too. The cost of even vocal support to the UAE/Saudi axis in Yemen led to Qatar withdrawing its 400 soldiers monitoring the small border with Eritrea since a shootout in 2008.

These events led to the Chinese acquiring the port of Doraleh and setting up the base in 2016 to the surprise of Djibouti’s other allies. Djibouti has become a substantial part of the Belt and Road Initiative (BRI) of China. It awaits the projects promised through the 8 BRI initiatives announced at the China Africa Summit in 2018.

President Ismail Omar Guelleh, who has ruled since 1999, visited China frequently including in January 2020. The Chinese FM has visited Djibouti every year for three years and promises to make Djibouti a regional trade and logistics hub through promoting the coordinated development of the Djibouti railway, port, and free trade zone, much as the UAE had initially been done.

As China tries to control the seas, Djibouti becomes a crucial player in India’s’s strategic interests. 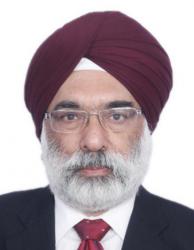