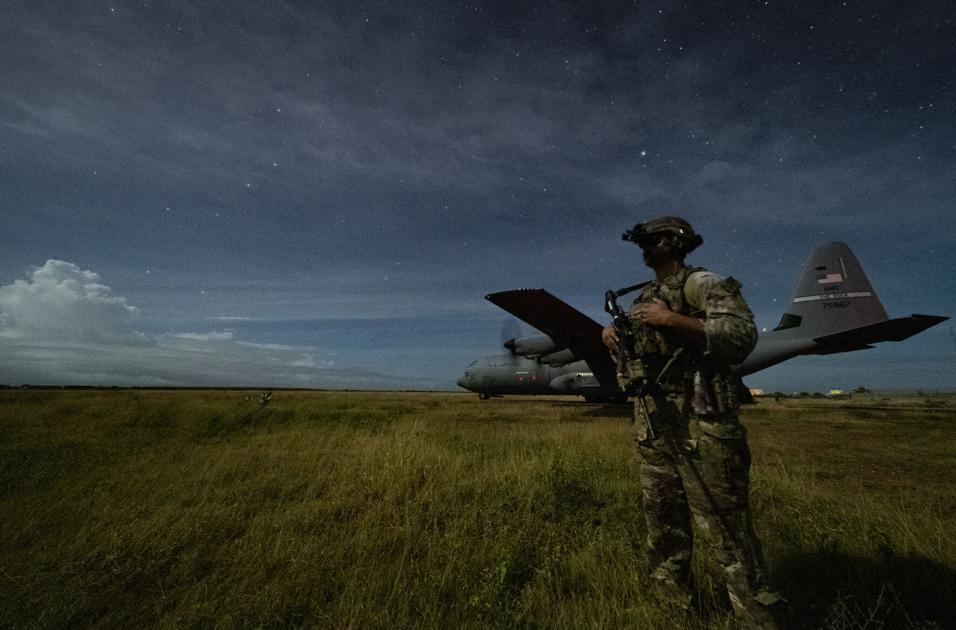 NAIROBI, Kenya (AP) – No country has been involved in Somalia´s future as much as the United States. Now the Trump administration is thinking of withdrawing the several hundred U.S. military troops from the Horn of Africa nation at what some experts call the worst possible time.

Three decades of chaos, from warlords to al-Qaida affiliate al-Shabab to the emergence of an Islamic State-linked group, have ripped apart the country that only in the past few years has begun to find its footing. The U.S. Embassy returned to Somalia just last year, 28 years after diplomats and staffers fled.

Somalia faces a tense election season that begins in the next few weeks to decide the presidency and parliament. United Nations experts say al-Shabab, supporting its 5,000 to 10,000 fighters on a rich diet of extorting businesses and civilians, is improving its bomb-making skills. And an ever bigger military force, the African Union´s 19,000-strong AMISOM, has begun its own withdrawal from a country whose forces are widely considered unready to assume full responsibility for security.

It is not clear whether President Donald Trump will order the withdrawal of the some 700 U.S. military forces from Somalia, following his orders for Afghanistan and Iraq, or whether the reported urge will pass before he leaves office in January. But the idea is taken seriously, even as U.S. drone strikes are expected to continue in Somalia against al-Shabab and IS fighters from neighboring Djibouti and Kenya – where al-Shabab carried out a deadly attack against U.S. forces early this year.

The U.S. Africa Command has seen a “definitive shift” this year in al-Shabab’s focus to attack U.S. interests in the region, a new report by the Department of Defense inspector general said Wednesday – and the command says al-Shabab is Africa’s most “dangerous” and “imminent” threat. 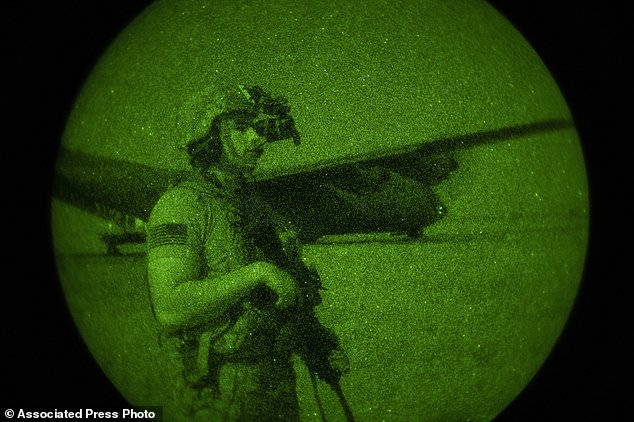 U.S. Army Spc. Dominic Deitrick, assigned to the 1-186th Infantry Battalion, Task Force Guardian, Combined Joint Task Force – Horn of Africa, seen through a night-vision device, provides security for a 75th Expeditionary Airlift Squadron (EAS) C-130J Super Hercules during unloading and loading operations Friday, June 12, 2020 at an unidentified location in Somalia. No country has been involved in Somalia’s future as much as the United States but now the Trump administration is thinking of withdrawing the several hundred U.S. military troops from the nation at what some experts call the worst possible time. (Tech. Sgt. Christopher Ruano/Combined Joint Task Force – Horn of Africa via AP)

“The first thing … it´s disastrous for Somalia´s security sector, it just causes that first panic reaction: You know, why now?” said Samira Gaid, a Somali national security specialist who served as senior security adviser to the prime minister and special adviser to the head of AMISOM. “Especially since over the past three and half years in particular the security sector really improved, and we tried to work closely with” the U.S., she told The Associated Press.

Recent progress includes a “war council” between the U.S. and Somali governments, she said, where the U.S. helps to draw up military plans. “We call them Somali-led operations, but really the U.S. is hand-holding us through it.”

“Danab was expanding, that´s why this is so shocking,” she said. “Is it possible to move forward with that plan now?”

Danab units are now operational in four of Somalia’s five member states, the U.S. military says, and they conducted about 80% of the Somali national army’s offensive forces in the quarter ending Sept. 30 and “nearly all” operations against al-Shabab.

The Danab forces also serve as a model for how the rest of Somali military forces can develop to be “more meritocracy and less clan-focused,” said Omar Mahmood, an analyst with the International Crisis Group.

The loss of U.S. forces is widely seen as a gain for al-Shabab, and for the far smaller presence of hundreds of IS-affiliated fighters in Somalia’s north. “From the al-Shabab perspective, they just need to hold out,” Mahmood said, and they might even ask themselves what need there is for any potential Taliban-style negotiations.

Gaid said she doesn’t see any other country stepping into the U.S. military´s role, though a withdrawal would open space for powers like Russia and China. Somalia also has some 1,500 special forces that have been trained by Turkish troops, she said, but “they don´t benefit from Turkish advisers on the ground.”

Without U.S. forces, al-Shabab “will find it easier to overrun AMISOM, let alone the Somali national army,” Vanda Felbab-Brown, co-director of the African Security Initiative at the Brookings Institution, told an online event this week. And with neighboring Ethiopia´s conflict increasing pressure to withdraw more Ethiopian forces from Somalia, a U.S. troop withdrawal “is really just the worst time.”

The support that U.S. forces give AMISOM is “huge,” Gaid said, including as a key interlocutor with Somali forces. And with AMISOM also drawing down by the end of next year, “it´s a tricky time.”

The U.S. has said implementation of the plan for Somali forces to take over the country’s security next year is “badly off track,” said the new report by the Department of Defense inspector general.

Somali forces cannot contain the al-Shabab threat on its own, the report said. They still rely on the international community for financial support, and yet they “sometimes go unpaid for months.”

Maybe a U.S. withdrawal would lead the AMISOM force to adjust its own withdrawal timeline “more realistically,” Mahmood said.

The U.S. has been the most engaged security partner in Somalia “willing to get down and dirty,” he added. But no other country appears to have the willingness to replace what U.S. forces are doing on the ground

And a withdrawal of both the U.S. and AMISOM would risk leaving the impression that “Somalia increasingly can rely less and less on external security partners,” Mahmood said.

Somalia is on the brink of elections, with the parliamentary vote scheduled in December and the presidential one in February. What had meant to be the country´s first one-person-one-vote election in decades instead remains limited by disputes between the federal government and regional ones – which the U.S. has said also weakens command and control of Somali forces.

At least keep U.S. forces in Somalia until after the elections, Felbab-Brown wrote this week, warning of possible post-election violence or al-Shabab taking advantage of any chaos. 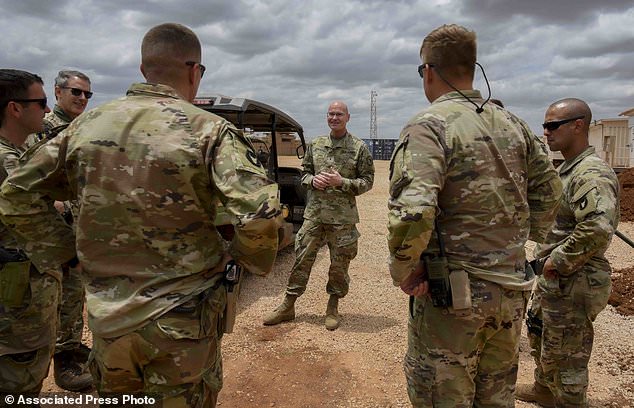 U.S. Army Brig. Gen. Damian T. Donahoe, deputy commanding general, Combined Joint Task Force – Horn of Africa, center, talks with service members during a battlefield circulation Saturday, Sept. 5, 2020, in Somalia. No country has been involved in Somalia’s future as much as the United States but now the Trump administration is thinking of withdrawing the several hundred U.S. military troops from the nation at what some experts call the worst possible time. (Senior Airman Kristin Savage/Combined Joint Task Force – Horn of Africa via AP)

Even though U.S. forces don´t provide election security, “our problem is, with the U.S. focused on a drawdown of troops, it would not be focused on how the elections are going politically,” Gaid said.

The U.S. has been one of the most vocal actors on Somalia’s election process, she said. “We were all expecting after November that the U.S. would be clear on a lot of stuff. Now it seems we have to wait.”