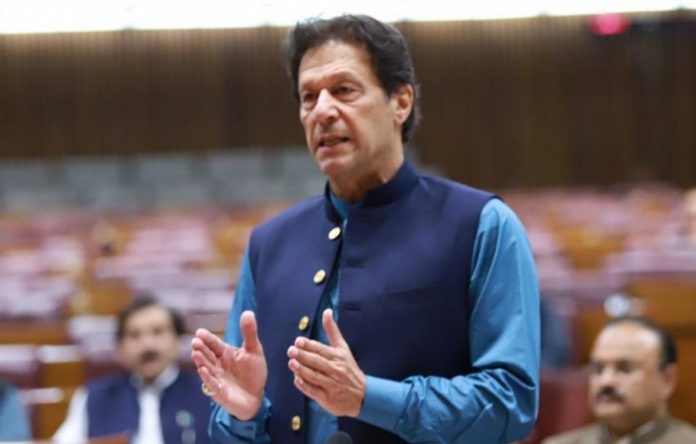 Fire got fuel in Pakistan that something was about to happen between Israel and Pakistan — a secret meeting was reported between the Saudi Crown Prince, US Secretary of State and Israeli Prime Minister. The question being asked was, “Is this the time for Pakistan to establish a diplomatic relationship with Israel?” The time is nigh, that’s the vibe. But what the government of Pakistan is saying about all this is no surprise.

This is the second wave of denials on Israel. It is “baseless speculation” was the word from the Pakistan foreign office. But is it really baseless when the prime minister mentions how the country is being pressured to formalise relations with Israel? Twice, since the accord between the UAE and Israel, PM Imran Khan has spoken on the subject — once categorically saying that Pakistan will not accept Israel until Palestinians get their rights and then mentioning the pressure being exerted to do the same. It is hard for the Pakistan government to complain about the pressures of Saudi Arabia or the US when it has been financially dependent on these two countries.

So when we see ‘selected’ news anchors, all animated over the reality that Israel is giving a hundred reasons why Pakistan should be in a relationship or giving the vibes of ‘abhi nahin toh kabhi nahin (it is now or never)’, forgive us for thinking the ‘thinkable’ — probably a decision has already been made by those who run Pakistan. The new-found touch with the reality of Israel is so overwhelming that the sentiments for the Palestinians just get lost in old tweets.

Now, speculating on the speculation that, for long, has been forbidden is no coincidence. The controlled ‘awakening’ is that why should Pakistan fight others’ battles and not think of its own interests? Fair enough. But if, as a country, your survival has been as a proxy State fighting others’ battles, taking up causes that destroyed your society and divided it, how does one hypothetical Israel recognition change that? The bigger question remains how does Pakistan get out of its own self-imposed position as a contractor of the Muslim world?

The idea of recognising Israel is a hard sell for the people of Pakistan who have been brought up for over 70 years on the idea of having permanent enemies. India is one, Israel is the other. And it is ingrained into their brains that no good can come from either of them. In the end, for Pakistanis, it will not be so much about Israel’s ideology or even the concerns around its human rights excesses, rather the political divide he/she is part of in a polarised Pakistan.

While foreign policy experts say that the politics of the world has changed and Pakistan can’t remain static, does the country not continue to choose its stance as per its convenience? Is the idea now to promote Fauda and forget Ertugrul? That it is Pakistan which will free Palestine and Kashmir still remains our passionate conviction since birth.

No political party in Pakistan has ever had the guts to call Israel anything less than an enemy. The only official meeting with Israel came during the reign of General Pervez Musharraf in 2005, when the foreign minister of Pakistan sat down with the Israeli counterpart. Interestingly, in this hybrid regime, Imran Khan will become the face of any overture with Israel. In tweet-driven diplomacy, it will be PM Imran Khan writing Shalom to Benjamin Netanyahu. Or even driving Netanyahu around, after all, driving is the cornerstone of Khan’s diplomacy.

While the decision on the subject might be above his paygrade, PM Khan is bound to become a direct target of his critics who already add losing Kashmir to India to his list of ‘successes’ that no other Pakistani prime minister could achieve. That is why he is wary when he says that, “if we accept normalisation of ties with Israel then we would have to give up the Kashmir cause.” Of course, the prime minister’s own extreme political rhetoric for the last two years and failure at governance doesn’t help his cause.

For now, denial is the best defence for PM Khan. Taking a U-turn, he is now reassuring us that there is no pressure whatsoever on the country over Israel. For that, he pats himself on the back, becausse it is under his dynamic leadership that Pakistan’s foreign policy has been a success — like never before. Wonder which country he’s talking about. Like never before, Saudi Arabia wants its loan repaid and things haven’t smoothed ever since Foreign Minister Shah Mahmood Qureshi’s ultimatum to the Organisation of Islamic Cooperation for inaction on Kashmir. And as the UAE suspends visas for Pakistan and other countries, there are thousands of Pakistanis fearing losing the job market to India. But let’s just bask in the glory that the US doesn’t tell Pakistan “to do more” anymore.

It is difficult to envisage a Pakistan post-acceptance of Israel. If Israel will become our yaar then will we find no yahood conspiracy in everything that’ll go wrong in Pakistan? Thank god India will still be around. And what about those who were called yahoodi agents all these years for even breathing — will they go out of work? One should investigate if the chameleons giving sermons on reality of Israel today are the real agents. Acceptance of Israel or not, will the real yahoodi agents please stand up.

The author is a freelance journalist from Pakistan. Her Twitter handle is @nailainayat.

Before it’s here, it’s on The Print

Plagues, politics and conflict: Hajj cancellations over the centuries