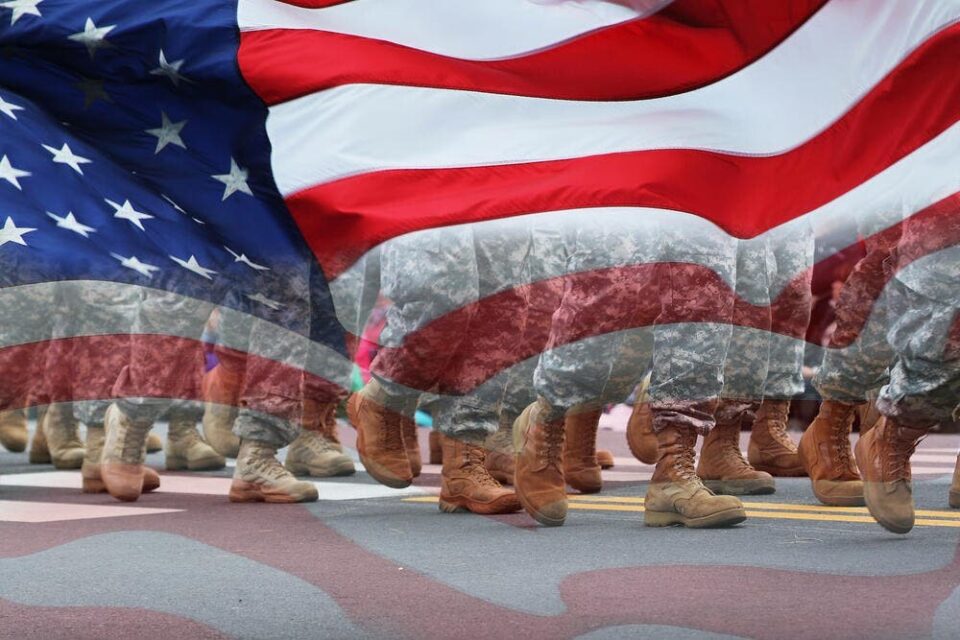 “The result is that today’s service members are less well known, and their individual sacrifices seem to mean less to the public.”

Members of the US military increasingly believe that they hold an exceptional position above the rest of society.

When a mob stormed Capitol Hill in early January seeking to halt the confirmation of Joe Biden as the next president of the United States, the country was shocked at the attempt to overturn democracy.

More shocking still was the revelation that serving and retired US soldiers were part of what some called an attempted coup by a right-wing mob who believed they were ‘saving democracy’ from being stolen.

At least on the surface, the US military is revered by the country; however, a recent study has shown that US soldiers are increasingly isolated from the rest of society and “have a growing sense of exceptionalism.”

The Texas National Security Review study warns of the emergence of a “warrior caste” that has largely borne the burden of almost 20 years of wars in some of America’s longest conflicts in Iraq and Afghanistan.

“The result is that today’s service members are less well known, and their individual sacrifices seem to mean less to the public.” And yet, the study found that paradoxically soldiers “are more superficially revered” than ever by the rest of America.

In a bid to boost the morale of soldiers in the military who are “shouldering the brunt” of never-ending US wars, the upper echelons of the US military created “secular saints.” A narrative of soldiers so exceptional that, in a sense, were set apart from the rest of society, the study argued.

That sense of exceptionalism has been largely adopted by an increasing share of US military personnel, leading some to worry what this may mean for US civilian-military relations.

Such fears were also expressed by the former US Secretary of Defence Robert Gates who served under George W Bush and the Barack Obama administration.

In a speech in 2011, he warned soldiers about the growing risk of a “disconnect between military and society” not by the average citizen but throughout military ranks.

During his speech, Gates recalled a military display in the Pentagon extolling the army’s virtues, including things such as loyalty, honour, integrity, and personal courage. He warned darkly that the display introduced the list as values that “distinguish American soldiers from American society.”

As inequality and political polarisation have grown in the US, that sense of disconnect between the military and society has widened.

A recent study found Americans increasingly don’t know anyone from the military. More than 80 percent of recruits come from families that have served in the military, entrenching a potentially dangerous military caste system devoid of a connection to the rest of society.

America’s all-volunteer military force has created a “lack of shared experience between most Americans and those serving”, resulting in the increased “isolation of America’s armed forces,” from the rest of society, said the study from the Texas National Review.

The study drew attention to an increasingly urban and rural divide amongst military recruitment, which it argues will only compound a sense of detachment between soldiers and civilians.

The US is already politically divided, with rural populations more likely to vote Republican and urban areas leaning heavily towards the Democratic party.

The US military is already struggling to root out military members who have ties to the far-right.

Many far-right extremists who join the army do so because they believe it’s one of the best ways to defend the state against internal threats, which could be civilian politicians or liberals.