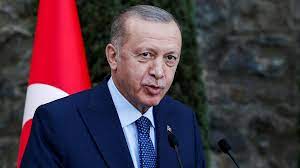 An explosive device attached to the bottom of a Turkish police officer’s vehicle was found and defused by police, preventing it from reaching an event where President Tayyip Erdogan was present, Anadolu news agency reported on Saturday.

Before the bomb’s discovery, the officer was supposed to drive the car from his home in eastern Turkey’s Nusaybin, a predominantly Kurdish town bordering Syria, to the nearby city of Siirt to secure the event, according to the Anadolu report.

Erdogan later addressed a local rally in Siirt, which focused mainly on the economic state of the country.

An investigation is underway, Anadolu said.

Addressing a historic plunge in the lira, Erdogan told the audience at the Siirt gathering that he hoped that Turkey will soon rebound from fluctuating foreign-exchange and inflation rates.