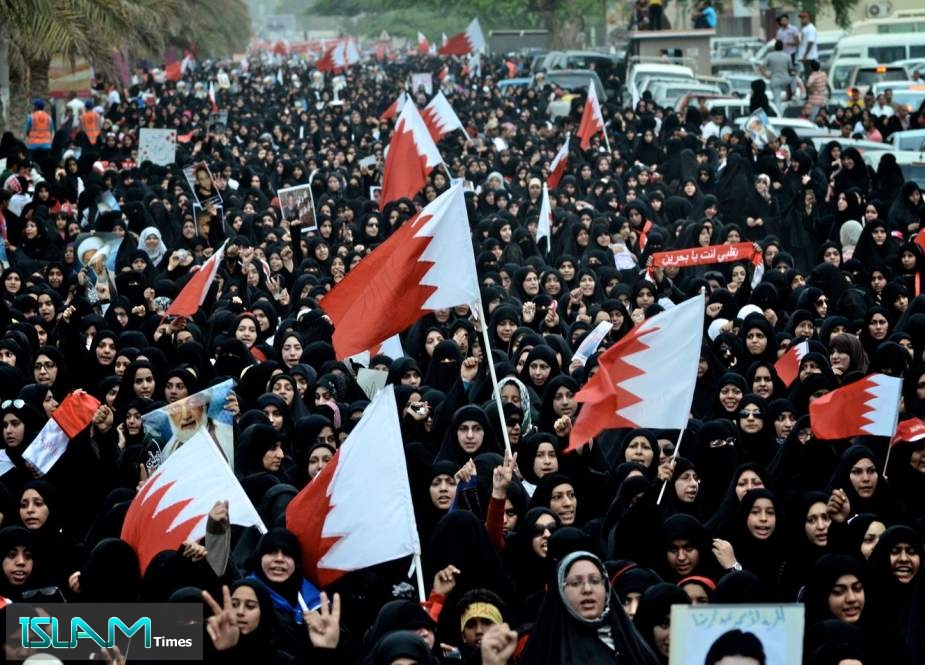 Published  February 15, 2021-updated March 1, 2021
After a decade of oppression and strife, the Bahraini people are still protesting and raising their flags in hope that their country will finally get a democratic system which gives way to a government approved by a parliament they can elect. Human rights have been violated enough; the freedom to express their political opinions without being killed or imprisoned is still an often occurrence. Citizens of all ages and genders are not safe from being hauled out and taken if their words fall on displeased ears.
In one evening  Manama’s suburbs which lie in the north and west of the country, marches were organized to celebrate the anniversary marking the beginning of the uprising. Small scale demonstrations occurred in the outskirts of Manama on Sunday, with many taking to social media to air their protests.
International support was also rendered with many well-known public figures and organizations taking to Twitter to hold hands with the Bahraini people. Amongst them were Freedom House – the independent watchdog organization dedicated to freedom, based in Washington, World Beyond War – a global nonviolent movement promoting sustainable peace, Physicians for Human Rights, Amnesty and many more. In addition to public personas such as Layla Moran, a British liberal democrat Member of Parliament for Oxford West and Abingdon, tweeted in commemoration of the Bahraini protest anniversary and condemned the UK’s position, “…Yet UK Government continues to support the Bahraini regime” and called for action.
Virtual meetings with pro-democracy campaigners came together to discuss the issue. A briefing facilitated by the Dublin based European Center for Democracy and Human Rights attended by Sinn Féin (the Irish Republican party) and many others concluded that they will raise the denial of democratic and civil rights in Bahrain with the Minister of foreign affairs in Dublin and the British Government. Moreover, a webinar organized by SALAM For Democracy and Human Rights focused on the chronology of 2011 uprising, highlighting the violations that took place during this period. Researchers from several international organizations joined the event, in which a report was launched.
The hashtag Bahrain shot up in the last 24 hours according to Ritetag statistics with an exposure of 2.3 million per hour on Twitter. The use of social media this year during the global pandemic has opened up the Bahraini protest to millions in wishes that the struggle will not last another decade.
This article has been adapted from its original source
——————————————————————————————————————————————————————————