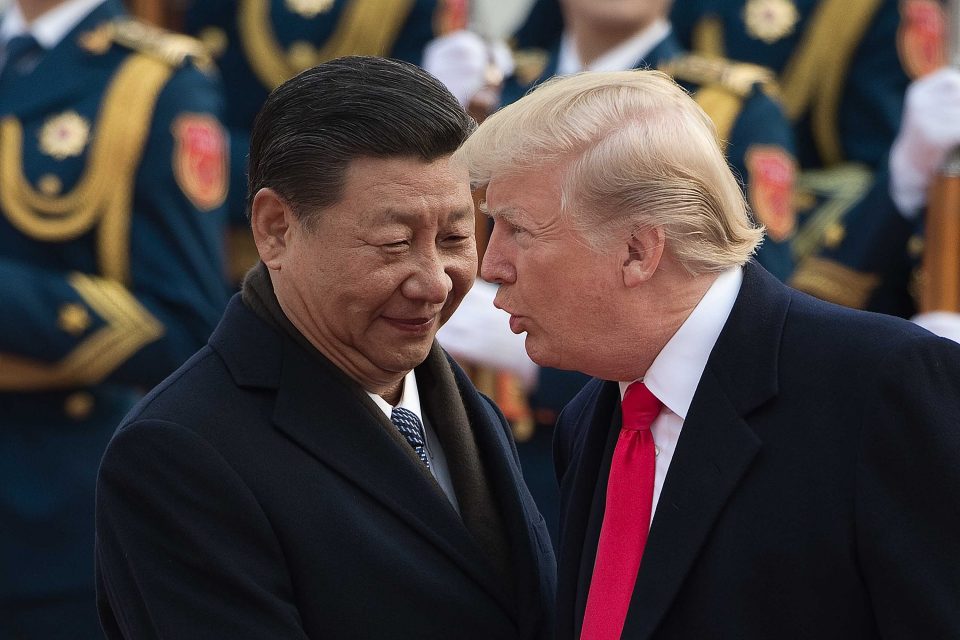 “One of the many great things about our just signed giant Trade Deal with China is that it will bring us closer together in so many other ways. Terrific working with President Xi, a man who truly loves his country. Much more to come!”

US President Donald Trump’s upbeat tweet from January 2020 was, alas, not the prelude to a productive year of collaboration between the world’s two largest economies. On the contrary, it preceded a new low in US-China relations that has had catastrophic global consequences.

Trump says he has not spoken to Chinese President Xi Jinping “in a long time” amid the tensions of a pandemic he routinely refers to as “the Chinese virus.” But while these two superpowers have been trading petty insults, they have dropped the ball on two of the biggest crises facing the world today: debt relief and the climate crisis.

The economic fallout of the Covid-19 pandemic has been particularly crippling for developing countries, which were already indebted and now need urgent support.

In April, countries in the Group of Twenty, including the US and China, agreed to suspend principal and interest repayments on loans to 76 of the world’s poorest countries from May to December in a program known as the Debt Service Suspension Initiative (DSSI). But given the ongoing economic and social devastation facing these countries, an eight-month repayment suspension now hardly seems adequate.

To make matters worse, the temporary repayment relief did not apply to commercial loans – private creditors who expect to be repaid. And since Beijing does not transparently disclose the terms, size or recipients of the grants and loans it provides, the true scale or nature of its lending is unclear.

What we do know is that the US and China are the top bilateral lenders to developing countries: US$394.6 billion and $354.3 billion respectively from 2000 to 2014. They can – and should – do more to alleviate the financial and humanitarian crisis that Covid-19 has inflicted on countries least equipped to deal with it (especially since many of these countries are reluctant to proactively seek debt relief because it can harm their credit ratings).

Yet, deplorably, neither the US nor China has shown any inclination to restart the debt-relief process, let alone consider concerted action on long-term debt cancellation that is vitally needed now.

Beijing is unlikely to make a public commitment to forgiving the debt upon which the Belt and Road Initiative – its massive influence and infrastructure project – is built. China’s preference is for making, and renegotiating, loan agreements in bilateral conversations behind closed doors.

Meanwhile, the US and the international financial institutions over which it holds great sway, such as the World Bank, are also not incentivized to provide relief that they suspect will be used to repay commercial debts to China.

At the same time, China has questioned the effectiveness of the DSSI without the World Bank’s involvement.

Both China and the US-based funding institutions face a conundrum: If the other side fails to meaningfully act, then their side will be at a disadvantage.

But this issue, at this precipitous moment in history, is too important to be derailed by political calculations. It’s time for both sides to set the standard for other government lenders and further leverage their power to influence private creditors.

That’s why Amnesty International is calling on China, the US and all bilateral lenders to cancel all external sovereign debt payments in 2020 and 2021 of all countries requiring such relief to respond or recover from the Covid-19 pandemic.

If the US and China lead, others will certainly follow.

And they must not stop there.

The pandemic has underscored the importance of understanding unconventional threats stemming from human overexploitation of natural resources. That means pursuing a transformative post-Covid-19 recovery plan that puts the climate and human rights at its heart and leaves the fossil fuel economy behind.

And yet both China and the US – the world’s top two carbon emitters – are irresponsibly backsliding on the Paris Agreement.

At a time when we need to keep the global average temperature rise below 1.5 degrees Celsius to avoid irreversible effects on human rights and the environment, Climate Action Tracker has ranked China’s actions as contributing to a path that will increase global temperatures by between 3 and 4 degrees. China is the largest supporter of new carbon emission investments, with more than 70% of the world’s new coal-fired power plants backed by Chinese banks.

The Trump administration, which has backed out of the Paris Agreement altogether and denies the climate crisis even exists, is a vocal supporter of fossil fuels and is on a path that could raise global temperatures by more than 4 degrees Celsius.

Meaningful action on climate change will be nearly impossible without strong leadership and concerted action by these two superpowers. With evidence mounting that global temperatures are rising at “worst case scenario” levels, the future of the planet, along with the global economy, hinges on Beijing and Washington working with – rather than against – each other.

While this may sound a fanciful aspiration amid today’s toxic rhetoric, an olive branch was recently extended when Chinese Foreign Minister Wang Yi put forth a framework to get US-China relations back on track. The two sides need to come to the table ahead of the G20 summit in November, regardless of the outcome of that month’s US election, and put debt relief and climate change at the top of their agenda before it’s too late.

US expresses cautious hope for easing of Qatar blockade