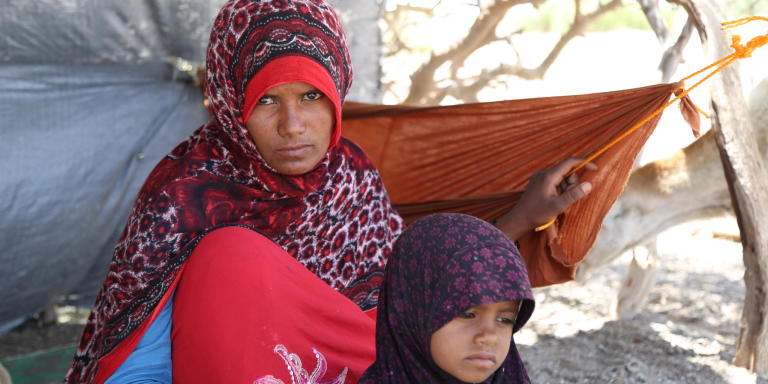 President Biden announced an end to U.S. offensive support for the Saudi/UAE-led military campaign in Yemen in February — after six years of brutal warfare. However, his stance on the ongoing blockade by the two Gulf powers remains unclear.

The blockade controls land, air, and seaports to Yemen, and ships are stopped, delayed, or rerouted by the Saudi-led coalition. By giving the Saudi government the right to inspect Yemen-bound vessels, the U.N. security council inadvertently supported the blockade. Now, all ships must get Saudi approval before docking anywhere in Yemen, including ports under Houthi control.

Supporters of the blockade argue that it prevents arms from reaching the Houthis and that lifting it will worsen the security situation in Yemen. However, the blockade stymies peace negotiations and deteriorates the health and economy of the country, furthering regional instability. Moreover, it violates laws of war that prohibit the restriction of humanitarian assistance and destroying materials crucial for the survival of civilians.

Today, roughly 80 percent of Yemen’s 30 million people rely on food assistance to survive. In February, the U.N. reported that 2.3 million children under five years old are experiencing acute malnutrition, of these, 400,000 children are suffering from severe acute malnutrition and potential death. According to reports by Save the Children, at least 85,000 children under the age of 5 may have died from starvation from the outbreak of the war between 2015 and 2018.

COVID-19 has further compounded the humanitarian crisis, as the war has devastated the country’s medical infrastructure and left many with pre-existing health conditions. Yemen has the highest fatality rate in the world from COVID-19 at 29 percent, which is five times the global average. This man-made crisis has created a dire situation on the ground that further destabilizes the country and harms the population. As aid groups note, “the people of Yemen are not starving. They are being starved.”

The Saudi-led coalition imposed an air, land, and sea blockade in March 2015, cutting off all ports of entry and restricting the flow of food, fuel, medicine, and essential goods into the country. The blockade has also prevented commercial access to Yemen and delayed the arrival of humanitarian aid. A U.N. tracker monitoring commercial imports arriving in Hodeida and Saleef ports, two ports central to food security in Yemen, has documented severe reductions in food and fuel supplies since the outbreak of war. For example, U.N.-approved ships with critical food and medicine supplies destined for Hodeida are held off Yemen’s coast.

Ships wait months before they are allowed to continue to Yemen, incurring fines for the delays. Despite multiple inspections and official approval from the U.N., some ships have been detained for over 200 days. These delays cause a severe shortage of essential goods to the besieged country, especially the north, where around 80 percent of the population lives. Human rights agencies and the U.N. report that these delays have resulted in food spoilage and the expiration of critical medicines.

Martin Griffiths, the U.N. special envoy to Yemen, recently stated that he is “deeply concerned by the worsening situation of fuel shortages in areas controlled by Ansar Allah in Yemen. The U.N.’s position is consistent: It’s essential that all obstacles to the entry and domestic distribution of fuel and other imports vital for civilians be removed.”

While some food still enters Yemen, the limitation on goods entering the country results in higher prices in both the official and informal markets. Prior to the blockade, Yemen imported 90 percent of its food supply. Currently, the Saudi-led coalition determines what goods may enter the country, and their quantity. Since January 3, no fuel-carrying vessels have been allowed to dock at Hodeida. Currently, 13 fuel vessels carrying over 350,000 metric tons of commercial fuel are being held. The blockade and the delays in Jeddah have made commercial shippers reluctant to import to Yemen due to high operational costs. When ships eventually dock and unload, the high costs they have incurred are passed on to consumers, resulting in fewer goods with higher prices. This, along with targeted air strikes at food production and distribution facilities, as well as a devastating war, has resulted in the world’s largest humanitarian crisis.

This blockade has destroyed the Yemeni economy by contributing to shortages and inflation that make it extremely difficult for ordinary people to survive. The price of available food has skyrocketed, and will keep rising if the blockade and war continue. Paired with the collapse of Yemen’s currency, millions of Yemenis are unable to purchase the limited food that exists in markets. Meanwhile, civil servants have not received salaries since 2016. Food in Yemen has become a luxury item to which only a select few have access.

Despite the acute need of the millions of Yemenis, the Saudi/UAE coalition continues to impose the blockade with the support of Western powers. The United States and, indeed, all world leaders must press the Saudi/UAE-led coalition to unconditionally lift the land, air, and sea blockade on all ports of entry to Yemen.

As Bruce Riedel of the Brooking Institute notes, “the blockade is an offensive military operation that kills civilians.” If Biden is truly dedicated to ending U.S. offensive support to the Saudis and supporting peace in Yemen, he must press the two Gulf powers to immediately end their blockade. By lifting the blockade, we can avert the looming famine and start productive peace negotiations.

Kenya to Seek AU Mediation on maritime-border dispute with Somalia