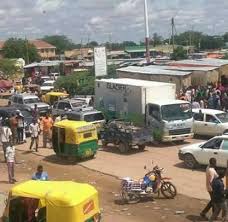 This comes in the wake of blackouts that have hit Wajir town the last few weeks that have led to heavy losses.

A spot check by the Nation within Wajir town revealed that businesses had resorted to generators in order to operate as some areas remained without power for at least 10 hours a day before being restored later at night.

Locals now want Kenya Power to resolve the issue as soon as possible as they threatened to stage demonstrations if their pleas are not heeded to.

On Monday, some of them visited the County Commissioner’s office to express their displeasure with the State utility firm over the matter.

A local resident, Sheikh Abdiwahab Osman, said the county has had power challenges for the last four years, claiming attempts to get a lasting solution has borne little fruit.

He said that some villages in the county have not had power for the last three weeks.

“We are telling Kenya Power that they have destroyed the middle-level and big businesses and about 80 percent of small businesses in the county since we all know electricity is everything in a modern society,” he said.

Mr Osman also asked the national government to amend the law that gives Kenya Power the monopoly of providing power in the country and allow the allow the private sector in.

“Let private sector be involved in providing power to the people if Kenya Power cannot solve this problem,” he said.

Mr Hashim Ahmed Elmoge, another resident, stated that in the event that the country goes on total lockdown due to coronavirus, it will be impossible for Wajir residents to survive due to lack of power.

He further stated that residents were also at risk of spreading Covid-19 since the situation had made it difficult for them to practise paperless transactions due to lack of power to charge phones and other devices.

“We were told not to transact business using money instead we should use our mobile money transactions. How do you transact money using your phones with no power?” he wondered.

Mr Ibrahim, another resident, attributed the power shortages in the county to poor leadership and called on leaders to come up with alternative ways of generating power.

However, the Wajir County Kenya Power manager Amin Bishar stated that the recent outages were as a result of a mechanical problem in one of the main generators, adding that engineers from Nairobi had been dispatched to the site and were working on repairing the system.

Mr Amin assured the residents that beginning Monday evening the problem would be fixed as they try to restore another generator.

“Our engineers have finished repairing one of the generators and I wish to assure the residents that the power problems that had been recently witnessed has been resolved,” he said.

‘Why I didn’t report it’: Saudi women use social media to recount harassment