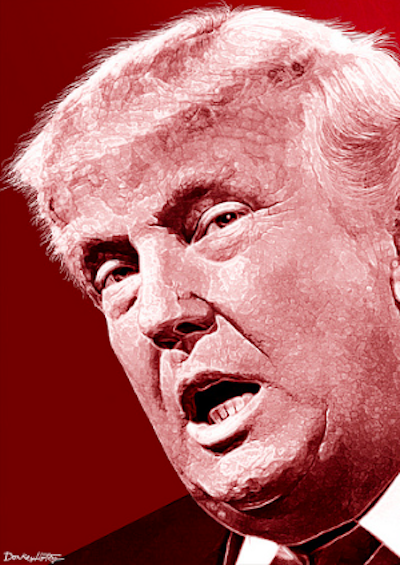 To explain how Trump almost pulled off his reelection requires a deep dive into the less familiar buildings blocks of American culture.

Even though Donald Trump has narrowly lost the 2020 presidential election, a major puzzle remains in the eyes of the world: How on earth could it be that Trump was so competitive?

Despite the tanking of the U.S. economy, his at best inept management of the pandemic, near-endless displays of irresponsible behavior, his disdain for science and the environment and the tremendous income and job losses for many, Trump almost managed to get reelected. Close to half the American people are still behind him.

I venture to say that this would be impossible in any other civilized country. What then almost did the trick for Trump?

Trump has one character trait that is looked down upon in most cultures, but is considered a virtue that ranks high in the American culture: He is a hustler and a streetfighter.

The virtues of a hustler and street fighter

In that context, even the fact that Trump often seemed in over his head didn’t really hurt him. Americans actually like people a great deal who are obviously struggling even against long odds. It’s the old underdog phenomenon.

Even one’s readiness to be caught in the act of failure – in Trump’s case, a very public act – is considered courageous and a worthy endeavor in the United States. Not so elsewhere. U.S. culture, with its lone ranger movies, is enamored by a struggling, even failing fighter who labors hard not to go down.

Coolness? Only the U.S.’s Europhiles love that

The contrast between Trump and the images of the “cool” Obama – the epitome of having himself always under control, never appearing even to struggle – couldn’t be starker. But while Obama’s detachedness is something that his fans greatly liked, it is far from an all-American trait.

In fact, in the context of American culture, acting in that manner is widely considered elitist, if not arrogant. It is a behavior considered better suited to French kings and courts.

No question, compared to Trump’s impulsiveness, a steady-hand approach to governing has clear advantages. And, to be sure, it is the preferred course of action in most Western societies.

By tradition and temperament, they put a great deal of stock into a smoothly running, well-organized bureaucracy that holds up well under pressure.

Loving to be present at the creation of failure

In contrast, Trump and his administration often make things up on the fly. But managing “by the seat of their pants” is not just an American idiom, but also captures the country’s widespread preference for a less bureaucratic style.

Of course, the Trumpian chaos greatly irritates Americans, but only slightly more than half the population. The other half loves it. As it happens, the people who disdain Trump are mostly the ones equipped with passports and a love to travel to Europe’s and other world regions’ finer locations.

These individuals stand a world apart from their fellow Americans who are curiously devoted to fatedness and greatly thrilled to be “present at the creation” – even if that means having a front row seat to very public forms of failure.

Having a front row seat when the master of disaster lays hand on the nation apparently has it charms, even if the fallout from Trump’s failures, socio-economically speaking, hits his own fans to a significant extent.

Reality TV as an umbilical chord

Underlying this concept is the notion of doing close-ins on very average people. The participants in these shows are often united only by one character trait: A ceaseless will act like an exhibitionist when it comes to their own person(ality), especially with regard to one’s personal defects and failings.

This is Trump’s truly viral way to connect to large swaths of Americans – and not just his fans. In a very American way, it is his form of honesty and appearing very approachable.

Contrast that with the Joe Biden. He is an affable and likable fellow – an elegant version of the “Average Joe”. He is also advertised as a “safe” pair of hands.

Biden certainly has a long and distinguished record in public office and is rightfully viewed as a dedicated public servant. In Europe, Japan and many other countries, that provides a politician with a lot of standing and reputation.

That Donald Trump is constantly running on high adrenaline may be bad news for the United States and the world policy-wise. But it makes for remarkably good news for Trump and the Republicans at the ballot box, even if he lost by a squeaker.

Director of the Global Ideas Center, a global network of authors and analysts, and Editor-in-Chief of The Globalist.