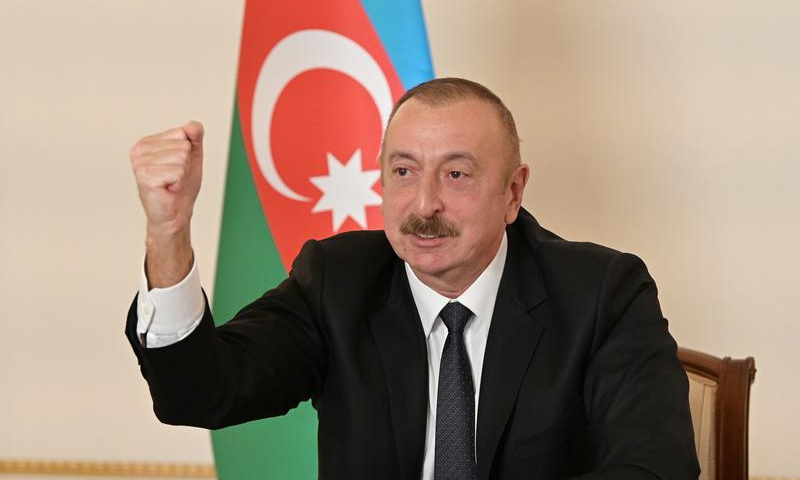 In this Oct 26 file photo, Azerbaijan’s President Ilham Aliyev gestures as he speaks during an address to the nation in Baku, Azerbaijan. — Reuters
Reuters 08 Nov 2020
Azeris celebrated on the streets of Baku after President Ilham Aliyev said on Sunday his country’s forces had taken Shusha, the second-largest city in the Nagorno-Karabakh enclave, but Armenian officials denied the city had been captured. 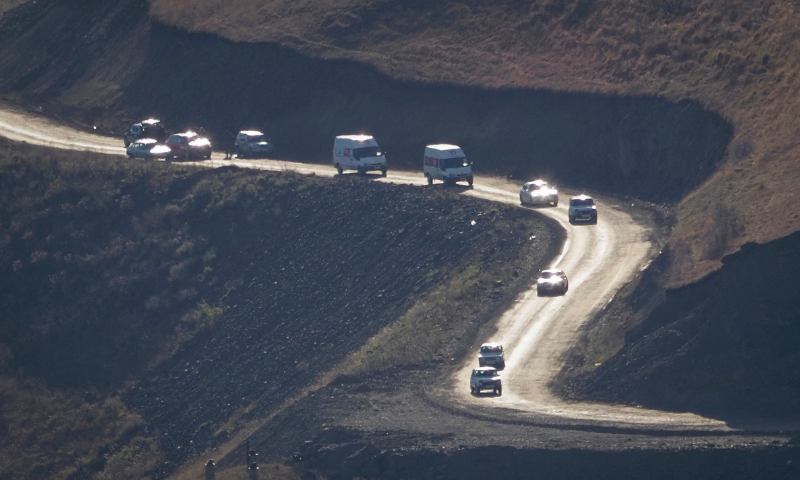 Azeris celebrated on the streets of Baku after President Ilham Aliyev said on Sunday his country’s forces had taken Shusha, the second-largest city in the Nagorno-Karabakh enclave, but Armenian officials denied the city had been captured.

Shusha, which Armenians call Shushi, is of cultural and strategic importance to both sides and is located 15 km (nine miles) south of the enclave’s largest city Stepanakert.

At least 1,000 people have died in nearly six weeks of fighting in and around Nagorno-Karabakh, a mountainous enclave internationally recognised as part of Azerbaijan but populated and controlled by ethnic Armenians.

“(This day) will become a great day in the history of Azerbaijan,” Aliyev said, announcing that Baku’s troops had taken Shusha/Shushi.

In Baku, Azeris gathered in large numbers to celebrate, waving flags and chanting slogans, while drivers sounded their car horns.

“Shushi remains an unattainable pipe dream for Azerbaijan. Despite heavy destruction, the fortress city withstands the blows of the enemy,” the Nagorno-Karabakh Rescue Service said.

Armenia’s defence ministry said that heavy fighting for the strategic site continues, while the Defence Army of Nagorno-Karabakh said they had repelled multiple attempts by the Azeri side to advance on the town.

Emboldened by Turkish support, Azerbaijan has the upper hand in the bloodiest fighting in more than 25 years in the South Caucasus. In just over a month, it has retaken much of the land in and around Nagorno-Karabakh that it lost in a previous war over the territory in the 1990s.

The city could serve as a key staging post for an Azeri assault on the enclave’s largest city, Stepanakert.

Both have come under heavy shelling in recent days. Azerbaijan’s defence ministry said allegations that it had shelled civilian areas were ‘misinformation’.

The town is also culturally significant to both sides, Thomas de Waal, analyst at the Carnegie Endowment for International Peace, said.

Its population was predominantly made up of Azeris before the previous conflict, making it historically significant for Azerbaijan. For Armenians, it is the site of Karabakh’s cathedral, de Waal said.