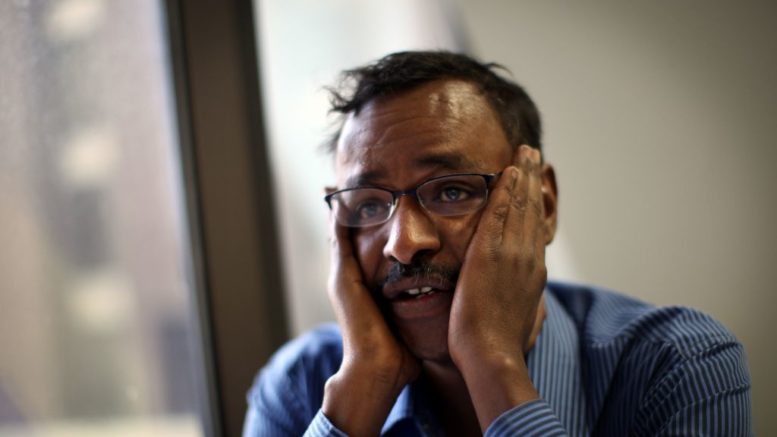 2019 has been a deadly year for Somali American youth in the twin cities. There has been over 25 murders and countless overdose deaths involving Somali adolescents just this year. The Somali community is in shock and very helpless to say the least. Many are asking themselves, “where did we go wrong?”, said Ali Bokhor who has a nephew who recently succumbed to an opioid overdose. Gang wars have erupted among rival groups and it seems like there is gun violence on a daily basis nowadays. Between the violence and the Opiod abuse, the Somali community continues to mourn.
Almost every Somali person we spoke to knows a young person who either got killed by a gun or prescription drugs. Mohamed Ali, a local businessman and a longtime resident of Minneapolis said, “This is the direct results of absent fathers, identity crisis, and a careless community who value the wrong things in life”. Ali seemed optimistic that the community is finally discussing the crisis among the youth openly and that itself is a positive step forward. Religious leaders are talking about the problem at mosques, treatment centers are opening for East African clients and the urgency to do something has risen to an all time high among the elders in the community.

The Opioid crisis has affected the Somali community at a time when resources are very limited. “The perception that this affects suburban white males is inaccurate. All of the funding flows from that and public perception and support for these things flows from that larger understanding,” said Jordan Hansen, director of ventures for the Professional Education and Solutions team at the Hazelden Betty Ford Foundation. Hazelden formed an advisory council to discuss racial disparities in opioid use in the Twin Cities, looking at how blacks — apart from the immigrant community — experience disproportionately high overdose rates. “Even if substance use disorders affected everyone from all walks of life, from any cultural backgrounds, the experiences that people have access to when they’re seeking recovery are very different,” Hansen said.

Many youth that we spoke to raised concerns that they don’t have anyone to talk regarding their struggles in life. Most Somali parents came to MN as refugees and are still trying to navigate their new lives. Zakaria Abukar mentors young Somali men; one just recently died of an opioid overdose. He believes that people are not paying enough attention to the experience of “third¬-culture kids,” or those raised in a culture different from their parents. “It’s really hard when you as a parent are dealing with your own stuff and you have your child dealing with something that’s pretty unknown to you,” Abukar said.

Most of the violence has been traced back to gang affiliations and some are the orders of gang members who are currently serving prison sentences. Some of the gangs are grouped along territorial and geographical lines. Somali outlaws, 1627 gang, Somali Mafia and six rings are some of the active gangs that the Somali youth are exposed to.
The question many are raising is, what is attracting the youth to join these brutal gangs in the first place? The answer to that question depends on who you ask. Everyone has their own assumptions on why these young boys are joining street gangs but one thing they all agree on is that the violence has to stop.

The Somali community is an oral society. They are very good at sitting down and sharing information and exchanging their different point of views. We casually asked several people what they thought were the causes of the violence and the Opioid abuse among the youth.
One very popular assumption is that the Somali community in Minneapolis is very segregated from the rest of the city. They live in Somali dominant neighborhoods, go to segregated charter schools, shop in the same businesses, and pray in the same mosques. That isolation takes away the opportunity for a young person to meet people from different backgrounds and integrate better with their peers.

Another widespread assumption is that the charter schools most Somali parents take their children to do not provide enough extracurricular activities to keep the kids engaged. A significant percentage of the Somali youth go to a “Somali operated” charter schools which have been widely criticized by the community for not putting student success first. There isn’t much of athletic competitions, after school activities, or teacher-parent engagements.

Some people blame the fact that many Somali youth are not part of the booming labor market in the twin cities. Unemployment rate among Somali youth is double the state average and some people fault the parents who don’t encourage youth employment. Consequently, the youth have abundant amount of free and down time.
There is also the assumption that single parent homes contribute to young men not finding their identities. High divorce rate and out of state driving opportunities are some of the reasons a lot of fathers are absent from their children’s lives.

In conclusion, the community has woken up amidst the gun and overdose deaths among the youth. Many elders are volunteering to help but do not know where to start. Some are contacting state agencies for help and resources to no gain. This is a developing situation that has more questions than answers.