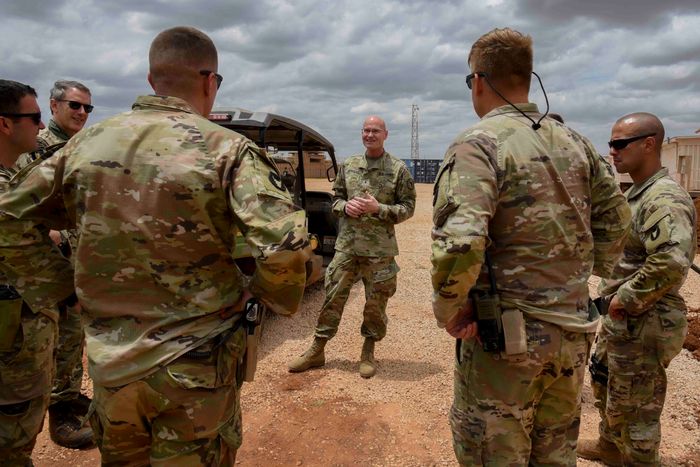 White House press secretary Jen Psaki falsely claimed the United States does not have any troops in Yemen or Somalia while defending the full U.S. military withdrawal in Afghanistan.

Psaki argued the U.S. would be able to conduct counterterrorism operations in Afghanistan without troops there, based on the examples of Yemen and Somalia.

This comes after the U.S. military announced Monday it had completed its Afghanistan withdrawal, with CENTCOM Commander Gen. Frank McKenzie estimating the number of U.S. citizens left behind was “in the very low hundreds” while Secretary of State Antony Blinken said there are “still a small number of Americans” — estimated as under 200 and “likely closer to 100” — who remain.

Psaki was asked Monday if Americans worldwide were now at more risk because of the massive amount of U.S.-sourced weaponry the Taliban gained possession of. Leaving an enemy without weaponry isn’t always possible during a withdrawal, she said before making inaccurate claims about U.S. troops abroad.

“Our capacities — our over-the-horizon capacities, by the way, killed to ISIS terrorists just last week, continue to be utilized by our men and women on the ground — remain in place and remain in place in the region,” Psaki said. “There are other parts of the world — Somalia, Libya, Yemen — where we don’t have a presence on the ground and we still prevent terrorist attacks or threats to U.S. citizens.”

Jake Sullivan, Biden’s national security adviser, told CBS’s Face the Nation on Sunday, “What we have proven over time in other countries … is that we’re capable of suppressing the terrorism threat, including external plotting capabilities, without a large permanent presence on the ground. We have done that in places like Libya and Somalia, places like Yemen, and we will do that in Afghanistan as well as we go forward.”

Although the U.S. does not have an announced presence in Libya, President Joe Biden sent a letter to Congress in June making it clear U.S. troops remained in Yemen and Somalia.

Biden wrote, “A small number of United States military personnel are deployed to Yemen to conduct operations against al-Qaeda in the Arabian Peninsula and ISIS.”

The president also wrote, “At the direction of the prior administration, the majority of United States forces in Somalia redeployed or repositioned to neighboring countries prior to my inauguration.” He said that “United States military personnel conduct periodic engagements in Somalia to train, advise, and assist regional forces, including Somali and African Union Mission in Somalia forces, during counterterrorism operations.”

He added that U.S. forces “based outside Somalia continue to counter the terrorist threat posed by ISIS and al-Shabaab, an associated force of al-Qaeda, in Somalia.”

“I’ve been communicating back and forth with my civilian leaders in the Department of Defense, the Secretary of Defense, giving him options,” Townsend said, according to Air Force Mag. Townsend said it is best to work “side by side, face to face, shoulder to shoulder” with U.S. partners in Africa.

Townsend quipped in April that many U.S. troops had been “commuting to work” on planes from neighboring countries into Somalia to help train Somali troops on counterterrorism, noting a “limited footprint” of less than 100 troops remaining.

It was reported by the New York Times in June that “a small number of Americans — well under 100, military officials say — remained in Somalia to help coordinate information from surveillance aircraft that help track Shabab and other militant threats.”

Voice of America reported in August that “AFRICOM has been trying to make do, sending troops into Somalia for periodic training missions to supplement about 100 troops now working mostly out of the U.S. Embassy.”

Biden misled about U.S. troop presence in Syria during his interview with George Stephanopoulos on ABC News a few days after the fall of Kabul.

CNN reported an anonymous administration official told them that Biden “was speaking about the al Qaeda presence in northwest Syria, which remains a threat to the United States and is being addressed without American troops on the ground” and that “there are a small number of U.S. and coalition forces on the ground in eastern Syria in areas that had been the ISIS caliphate.” That is not what he said in the interview.

Biden’s summer letter to Congress added the U.S. had troops in Jordan, Lebanon, Turkey, the Philippines, the Lake Chad Basin and Sahel Region in Africa, and Guantanamo Bay.

“We have not assessed that any group on the ground, whether it’s ISIS-K or the Taliban, has the ability to attack the United States,” Psaki said Monday. “There’s a difference between the threat that is posed to U.S. men and women serving or people who are gathered outside the gates in Kabul and whether these individuals can attack the United States.”

Thirteen U.S. service members and more than 170 Afghan civilians and others were killed in a suicide bombing outside the airport Thursday, and many more were injured. The U.S. military says the Islamic State’s affiliate in Afghanistan was behind the deadly suicide bombing attack , and ISIS-K took responsibility for it.