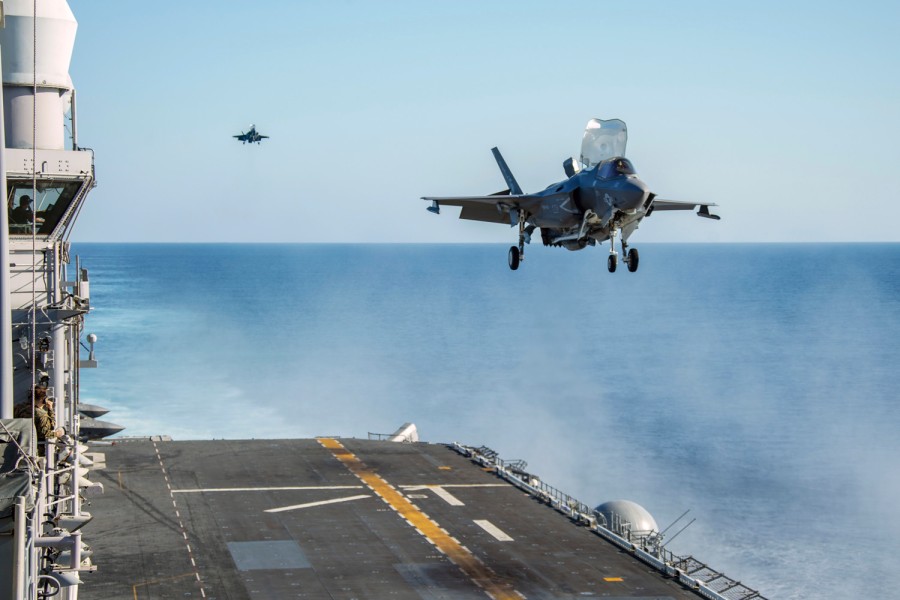 The Pentagon is boosting its military presence off the coast of Somalia as the U.S. prepares to move roughly 700 troops from the country to other parts of Africa.

The U.S. has sent an aircraft carrier group and a Marine expeditionary unit for positioning off the Somali coast. The Makin Island Amphibious Ready Group and 15th Marine Expeditionary Unit, made up of nearly 5,000 sailors and Marines, arrived there to “conduct maritime security operations,” U.S. Africom said in a statement on Tuesday.

The maritime presence is part of a new mission known as Operation Octave Quartz — the repositioning of forces from Somalia to other East Africa locations — following President Trump’s order earlier this month to withdraw most of the roughly 700 troops stationed in the country by early next year.

The arrival of the extra vessels and their “significant combat capability demonstrates our resolve to support our partners and protect our forces through this transition,” Joint Task Force-Quartz head Air Force Maj. Gen. Dagvin Anderson said in the statement.

“This is a great example of how the United States can rapidly aggregate combat power to respond to emerging issues. We will look to leverage this inherent flexibility of the U.S. military in support of our future engagements in East Africa,” he added.

The USS Hershel “Woody” Williams has moved into the region for the mission, along with the Nimitz aircraft carrier and its carrier strike group.

Africom head Gen. Stephen Townsend said last week that U.S. forces departing Somalia will move to other bases in East Africa, though he did not specify their destinations.

“To be clear, the U.S. is not withdrawing or disengaging from East Africa. We remain committed to helping our African partners build a more secure future,” Townsend said in a statement Saturday.

U.S. forces have been stationed in Somalia for more than a decade to help local forces fight extremist groups including al Qaeda affiliate al-Shabaab and, more recently, ISIS militants in the region. American troops have trained and assisted local security forces in addition to conducting airstrikes.