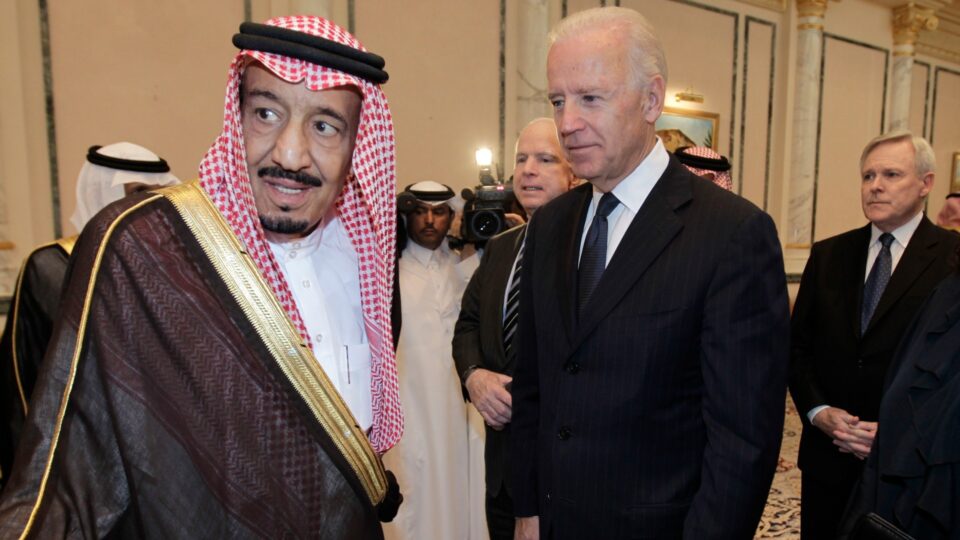 The White House on February 26 announced sanctions and visa bans targetting Saudi Arabian citizens over the killing of journalist Jamal Khashoggi. According to ANI, the US imposed visa restrictions on 76 Saudi individuals who are believed to have been engaged in threatening dissidents overseas. After a US report implicating Saudi Crown Prince Muhammed bin Salman of approving the “killing or capturing” of the journalist, the US Secretary of State Antony Blinken announced the “Khashoggi ban”.

“Blinken said, “The Khashoggi Ban allows the State Department to impose visa restrictions on individuals who, acting on behalf of a foreign government, are believed to have been directly engaged in serious, extraterritorial counter-dissident activities, including those that suppress, harass, surveil, threaten or harm journalists or other persons perceived to be dissidents for their work, or who engage in such activities with respect to the families or other close associates of such persons”

“As a matter of safety for all within our borders, perpetrators targeting dissidents on behalf of any foreign government should not be permitted to reach American soil,” Blinken added.

The United States sanctioned some of those around Crown Prince, including one of his close aides, former deputy intelligence chief Ahman Asiri, as well as his personal protective force, which was involved in the killing. Blinken said that moves reinforce the world’s condemnation of Khashoggi’s murder and serve to “push back” against governments that reach beyond their borders to threaten and attack journalists and perceived dissidents for exercising their fundamental freedoms. He further described it as a “horrific killing” and added that those targeted are believed to have been directly engaged in serious extraterritorial counter-dissident activities.

US report on Kashoggi murder

The US’ move comes after the Office of the Director of National Intelligence (ODNI) released the report which said that Crown Prince MBS approved the operation to capture or kill the Saudi journalist. The ODNI said that they based the assessment on the Crown Prince’s control of decisionmaking in the Kingdom, the direct involvement of a key adviser and members of Muhammad bin Salman’s protective detail in the operation. The report further even added that the Crown Prince’s “support” for using violent measures to silence dissidents abroad is also the reason to believe that he had approved the operation.

Further, the report went on to name individuals allegedly complicit in, or responsible for, Khashoggi’s death. However, it added that the US doesn’t know how far in advance those involved planned to harm him. The US officials said that the Crown Prince’s “absolute control” of the Kingdom’s intelligence organisations would make it highly unlikely that such an operation could have been carried out without his authorisation.

US wants change but not ‘rupture’ with Saudi Arabia: Blinken