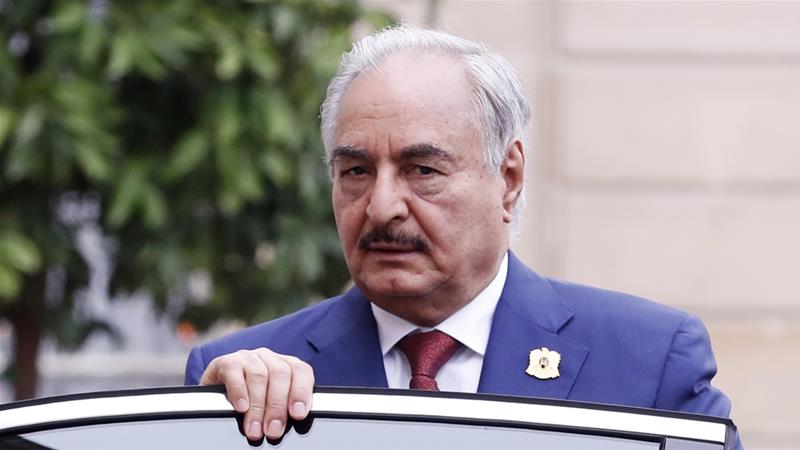 Senior US officials have met with Libyan renegade general Khalifa Haftar to discuss steps towards ending his offensive on Tripoli, and accused Russia of exploiting the conflict, the US state department has announced.

The delegation, which included the US ambassador to Libya, Richard Norland, aimed to establish “steps to achieve a suspension of hostilities and a political resolution to the Libyan conflict”, a state department statement published on Monday said. It did not say where the meeting took place.

Libya has been split between rival camps based in Tripoli and the east since 2014, a result of the divisions that surfaced following the NATO-backed overthrow of longtime ruler Muammar Gaddafi three years earlier.

Haftar’s eastern-based, self-styled Libyan National Army (LNA) in April launched an offensive to seize Tripoli, the seat of the UN-recognised Government of National Accord (GNA). More than 1,000 people have been killed since the start of the operation.

The US officials underscored full “support for the sovereignty and territorial integrity of Libya and expressed serious concern over Russia’s exploitation of the conflict at the expense of the Libyan people”.

The discussions built on talks held by a delegation from Libya’s fledgling unity government in Washington earlier this month.

“These include concrete efforts to address militias and extremist elements, and the distribution of resources so they benefit all Libyans,” the statement said.

“This is a strong statement to Haftar to stop the military hostilities and return to peaceful negotiations to end the Libyan crisis.

“It seems that the US is getting involved in ending the current conflict but the question now is whether or not these mediations are going to address the countries involved in fuelling the conflict in Libya, like Russia, the United Arab Emirates (UAE) and Egypt.”

Russian mercenaries have reportedly been fighting on the side of LNA.

The New York Times reported earlier in November that the fighters were believed to be controlled by an ally of President Vladimir Putin, an allegation denied by Moscow.

Washington first accused Russia of exploiting the conflict in Libya after the November 14 meeting with Libyan unity government representatives.

Western powers have sent mixed signals with France and Italy welcoming Haftar for visits and Trump, after a phone call, hailing his role in “fighting terrorism and securing Libya’s oil resources”.

But the United States later distanced itself from Haftar and joined calls for a ceasefire.

Haftar is backed by Saudi Arabia, Egypt and the UAE. The LNA denies it has foreign backing.

Separately, an LNA official on Monday said a US drone brought down last week over the Libyan capital was shot down by accident.

A senior official in the LNA said the UAV was mistaken for a Turkish drone deployed by the Tripoli-based government.