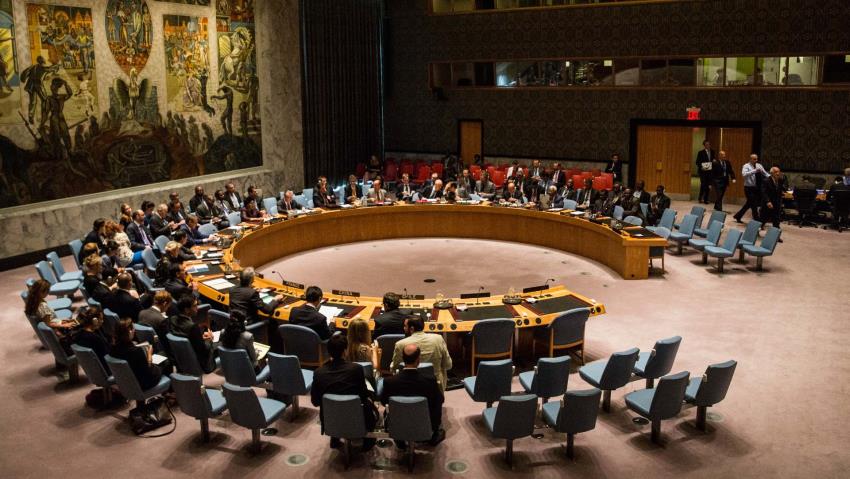 The UN General Assembly on Tuesday voted to accept the membership bids of Russia and China to the Human Rights Council, despite passionate calls for their disqualification due to their appalling rights abuses.

The Syria Campaign strongly opposed Russia’s membership but were left disappointed by the the vote.

“The world just got a lot more dangerous and a lot less secure. Although the UN Human Rights Council is not perfect, its independent investigations are vital for holding war criminals to account,” said The Syria Campaign’s Executive Director Laila Kiki in a statement.

“Now the war criminals are part of the investigations team and will get to block, veto and weaken any pursuit of justice.”

“Russia’s seat on the Human Rights Council is a slap in the face for Syria and yet another lost hope for justice and accountability for the war crimes committed by Putin’s forces,” said The White Helmets’ Raed Al-Saleh.

“My teammates have been targeted and killed by Russian airstrikes for their life-saving work. This vote tells us that UN member states care nothing for them or for the war crimes being committed with impunity. Impunity which has just been strengthened today by this move.”

Russia has played a key role in the Syrian regime’s assault on opposition areas since 2015, killing tens of thousands of civilians in air strikes, according to monitors.

It has also been implicated in the deliberate bombing of hospitals in Idlib province, among other civilian infrastructure in Syria

Despite this, Russia was among 15 nations to be admitted to the 47-member council, serving a three-year term beginning in January.

China, meanwhile, has imprisoned hundreds of thousands of Uighurs in detention centres, part of systematic campaign to eradicate the culture of the Muslim minority, activists say.

Saudi Arabia was also expected to be voted onto the council but lost after strong resistance from human rights groups, angered at Riyadh’s jailing of activists, including women’s rights campaigner Loujain al-Hathloul.

Riyadh has also faced criticism for the key role it has played in the Yemen war, where around 120,000 people have been killed and pushed millions to the brink of starvation.

Crown Prince Mohammed bin Salman is also implicated in the killing of Saudi journalist Jamal Khashoggi by intelligence agencies, leading to a backlash from media workers and free speech advocates.

Human Rights Watch were among the groups pleading with the UN before the vote to reject Russia, China and Saudi Arabia’s bids.

“The board of the UN human rights council will today get some new members; including China (which maintains re-education camps), Russia (which seems to murder people at will), and Saudi Arabia (whose Crown Prince was accused of ordering the gruesome murder of Jamal Khashoggi),” he said on Twitter.