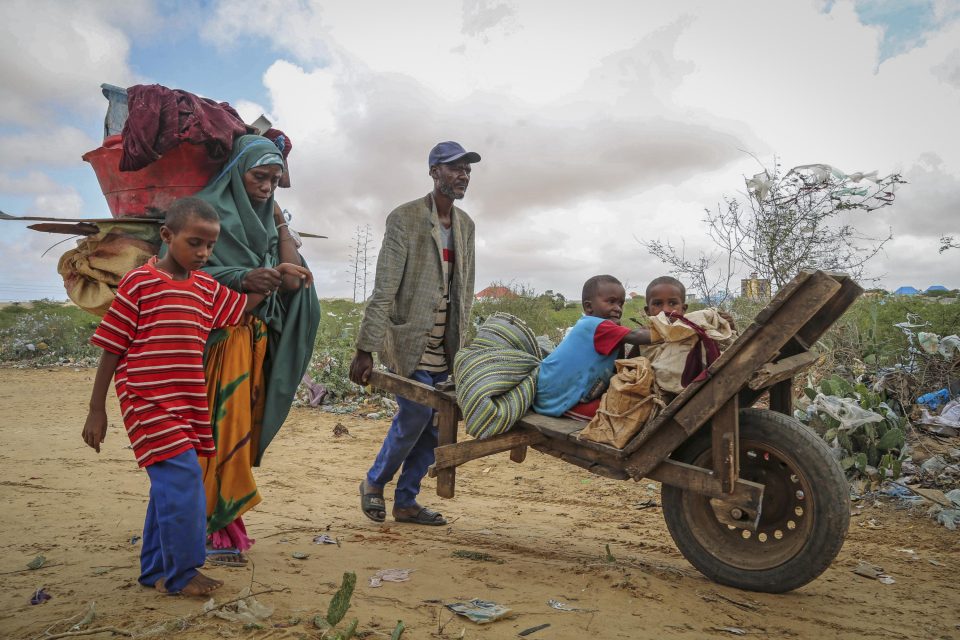 The first shipment of grain leaving Ukraine since the war started is welcome news for alleviating the food shortages that have been on the rise since February. I hope it brings relief. I also hope it will not distract US media from focusing on global hunger, since Ukrainian grain won’t prevent the famine looming over the Horn of Africa.

The major driver of hunger in East Africa isn’t shipments stuck in Ukrainian ports, it’s inaction on the climate crisis. Yet, in an age-old pattern, many media outlets are telling East Africa’s story through the lens of events in Europe, in this case the war in Ukraine.

To be clear, hunger anywhere is an outrage. People are suffering and dying in Ukraine, just as they are in many parts of Africa and far beyond. The world has the capacity and moral obligation to help address all of these challenges.

I think we also have an obligation to reconsider the way we tell the story, since effective hunger prevention depends on an accurate shared understanding of hunger’s cause.

Since Russia’s invasion of Ukraine, the price of food has undeniably increased for countries all over the world. In Somalia, prices are up 150 percent, which is a challenge for anyone who can shop in the markets. But at least 71 percent of Somalis are living in poverty and couldn’t afford the original cost in the first place.

The culprits? Inequality, conflict and, more than anything, the world’s failure to address the climate crisis.

“Effective hunger prevention depends on an accurate shared understanding of hunger’s cause.”

In Africa, the climate crisis is a hunger crisis, and it deserves attention in its own right. Much of Africa is bearing the brunt of global climate collapse, despite contributing just 2-3 percent of global carbon dioxide emissions.

This media focus came as the worst drought in 40 years has impacted more than 19 million people in the Horn of Africa. In Somalia alone, it has killed a third of our livestock since this time last year and driven up the prices of staple foods by up to 160 percent for most markets.

Livestock are the backbone of our nation’s economy. Losing a third of the livestock in Somalia means more families are losing access to life’s basic requirements, like food and clean water. This leads directly to increases in severe malnutrition and disease.

Severely malnourished children are nine times more likely to die of measles and other preventable diseases. Somalia is currently battling a measles outbreak. Seven million children are projected to suffer malnutrition in Somalia, Ethiopia and Kenya and 1.5 million in Somalia alone.

I oversee lifesaving programs for malnourished children in Somalia and have witnessed too many young lives lost to hunger’s deadly effects.

This April, the United Nations reported that it may get worse as Somalia faces the risk of famine within the next six months. I fear this grim outlook is correct. Last month our clinics saw 62 percent more severely, acutely malnourished children and 132 percent more children who were moderately malnourished. With treatment, they can recover. Without treatment, they can die.

Immediate action is needed, but we simply do not have enough money or resources to treat everyone. In this way, the war in Ukraine is part of the story of hunger in Africa: while the world is rich enough to meet rising needs everywhere, time and again it allows one crisis to divert funds from another.

Here is another sad similarity. In Somalia, we are seeing alarming levels of migration as nearly 800,000 people have been forced to flee their homes, seeking food, water and refuge in displacement camps filled beyond capacity. When US media rightly tells the story of refugees, it should include people who are fleeing the climate crisis, as well as war.

Under very different circumstances, both Ukraine and Somalia are experiencing conflict within their borders, which is a cause and consequence of hunger. As the number of desperately hungry people grows, I am concerned that Somalia could experience additional unrest. In turn, that complicates humanitarian efforts to reach everyone in need.

The causes of the hunger crisis in Somalia are much more complex than typically discussed in mainstream Western media. Even if Russia’s invasion ends and global food prices stabilise, Somalia’s hunger crisis will not end. But, with more balanced media coverage, greater change can begin.

Ahmed Khalif is Action Against Hunger Country Director in Somalia.

Charles is the king

The Satanic Verses: What happened to the translators who have worked on the controversial Book?