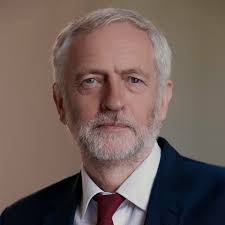 U.K. election: Everything you need to know

The Heritage Foundation’s Nile Gardiner breaks down the upcoming U.K general election. Who are the important players, what is at stake in regards to Brexit and how will the outcome affect relations with the United States.

As Brits prepare to head to the polls on Thursday to vote in the country’s general election, the chance that far-left Labour Party leader Jeremy Corbyn becomes Britain’s next prime minister remains very real — a prospect that has even raised red flags from members of his own party.

Some polls show Prime Minister Boris Johnson’s Conservative Party ahead by double digits, and on track for as much as a 30-seat majority in the House of Commons, depending on the poll. But surveys going into the country’s polling blackout have also suggested a significant tightening and polls in recent elections in the U.K. have frequently misjudged the eventual result. Tories are reminded of how then-Prime Minister Theresa May was predicted to win an overwhelming majority in 2017, only to end up struggling to hold onto power in a hung parliament.

Additionally, with Britain’s parliamentary system, even if the Tories were the biggest party overall, if they fail to win a majority it could open the door for Corbyn to form a coalition government of his own with other left-wing parties such as the Scottish National Party and the Liberal Democrats.

The possibility of a Prime Minister Jeremy Corbyn, who is perhaps even to the left of Sen. Bernie Sanders, I-Vt., is something that is sending pre-election jitters throughout many in Britain, where voters have for decades avoided electing a radical prime minister. He would be the first far-left British prime minister since the days of Prime Ministers Harold Wilson and James Callaghan in the 1970s — Callaghan was eventually ousted by Margaret Thatcher in 1979.

Corbyn has spent decades on the fringe left-wing on the party. He has been an advocate for nuclear disarmament and has fiercely opposed privatization of industries, while calling for higher taxes on the rich. Since his surprise win of the Labour Party leadership in 2015, surged by young left-wing activists, he has rejected many of the “New Labour” reforms instituted by former Prime Minister Tony Blair that saw the party dominate U.K. politics for more than a decade after 1997 by moving to the center.

In addition to a left-wing agenda on issues such as health care, taxes and foreign policy, his more sympathetic stances toward violent terrorist groups is especially noteworthy. Most recently, he questioned the U.S. decision to kill ISIS leader Abu Bakr al-Baghdadi, and in a 2014 interview with Russian television, Corbyn blamed strife in Iraq on “Western meddling” and drew a comparison between U.S. troops to ISIS.

“Yes, [ISIS troops] are brutal, yes some of what they have done is quite appalling; likewise, what Americans did in Fallujah and other places is appalling,” he said.

He has in the past describes members of Hamas and Hezbollah as “friends” when he invited them to the House of Commons in the 1980s.  The Telegraph reported in 2017 that Britain’s MI5 opened a file on Corbyn over his links to the IRA in the ’80s and ’90s, amid fears he was a threat to national security and suspicions as he attended events to honor dead terrorists.

The Daily Telegraph reported this week that victims of terror attacks by the Irish Republican Army (IRA) have written to Corbyn demanding a meeting over his ties to the group. The outlet reports that Corbyn invited two convicted IRA members after it bombed the Tory party conference in Brighton in 1984, and was arrested in 1986 for a protest in which he showed “solidarity” with accused IRA terrorists.

He was also attacked for partaking in the 2014 laying of a wreath near the graves of terrorists who killed 11 Israelis at the 1972 Munich Olympics. He later said he was present, but not involved at the wreath-laying ceremony.

While, as expected, Corbyn’s political opponents have repeatedly sounded the alarm about a Corbyn government — that criticism has also come from members of his own party. A number have quit the party over Corbyn’s failure to deal with alleged anti-Semitism from members and supporters. Corbyn has condemned anti-Semitism and apologized for instances of it in the party.

“Obviously I’m very sorry for everything that’s happened but I want to make this clear: I am dealing with it. I have dealt with it,” Corbyn said this month.

But Labour was hit this week when the political blog Guido Fawkes published audio of Shadow Health Minister and Labour MP Jonathan Ashworth telling a friend Corbyn would not be prime minister — and that if he did, the “machine” would safeguard the nation’s security.

“I don’t know, on the security stuff; I worked in No.10, I think the machine will pretty quickly move to safeguard security (I mean the civil service machine). But it’s not going to happen. I can’t see it happening,” he said, according to the recording.

But he also urged the person he was speaking to not to worry about a potential Corbyn win on Thursday, arguing that Labour’s muddled stance on top issues like Brexit, is leading to a likely Labour drubbing.

“I’ve been going round these national places, it’s dire for Labour… it’s dire… it’s awful for them, and it’s the combination of Corbyn and Brexit….outside of the city seats… it’s abysmal out there… they can’t stand Corbyn and they think Labour’s blocked Brexit,” he said.

Ashworth later walked back the remarks, saying they were just “banter” with someone he thought was a friend.

Adam Shaw is a reporter covering U.S. and European politics for Fox News.. He can be reached here.
previous post