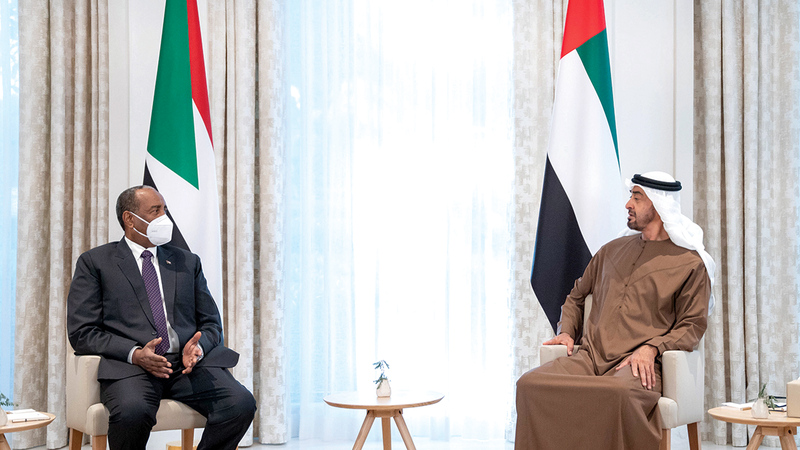 The UAE proposed to establish agricultural schemes in the Al-Fashaqa area of Gadaref State. 25% of the claimed area will be cultivated by Ethiopian farmers, according to the initiative.

However, the Head of the Sovereign Council Abdel Fatah al-Burhan travelled to Abu Dhabi recently to inform the UAE leadership of Sudan’s demand to demarcate the border first before any project or presence of Ethiopian manpower in the area.

The Abu Dhabi based Asharq newspaper reported Sunday that the UAE had officially informed Sudan of the withdrawal of its initiative to resolve the border dispute between Sudan and Ethiopia.

In a letter to the Sudanese government, “the UAE affirmed its respect for Sudan’s position” about the need to place border markers first, further said the report citing sources at the Sudanese collegial presidency.

Sudanese officials say Ethiopia has reneged the border agreement signed in 1902, 1903 and 1972. They would not allow their presence of Ethiopian farmers again in the border area unless the markers are clearly established.

Sudan’s Finance Minister Girbil Ibrahim recently told the Sudan Tribune that the Gulf country had proposed to invest $8 billons in this project.

The head of the Sovereign Council flanked by the cabinet affairs minister had to travel to Abu Dhabi to reiterate Khartoum’s position after pledges made by his deputy to positively consider the UAE’s investment project, officials say in Khartoum.

Can We Trust the WHO?