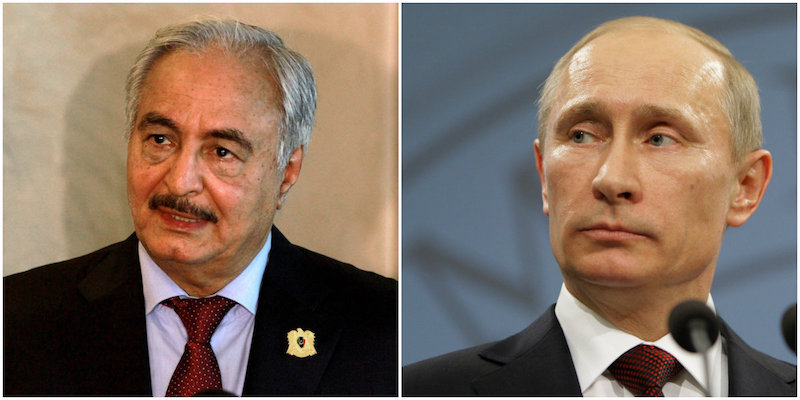 Eastern Libya-based renegade General Khalifa Haftar announced a truce upon the “command of Russia” as he suffered great loses against the UN-recognised Libyan government, according to pro-Haftar parliament speaker.

Discussions between the Libyan House of Representatives Speaker Aguila Saleh and tribal leaders in eastern Libya were aired on social media, where Saleh said Russia, a key foreign supporter of Haftar, prepared a report on the situation on the ground.

According to this report, Haftar militias were in a hard situation in front of the Libyan army, Saleh said, and the militia in Tarhuna, southeast of Tripoli, were “like on the edge of the cliff” as the refueling supply sent for Haftar militia was hit from the air.

He said the report also included that the internal war will evolve into a new phase against the Haftar militia, and added: “Russians wanted Haftar to declare ceasefire as the situation in clashing zones was getting worse.”

The Libyan National Army (LNA) under renegade General Khalifa Haftar on Friday declared a ceasefire in his conflict with the UN-backed Government of National Accord (GNA) during the holy month of Ramadan.

‘Statement should be in line with Berlin Conference’

“According to the Russia’s report, [it will be] in the meantime, may be this week, it will be certain at the United Nations that the Libyan government is the legitimate representative of the country,” he said.

Since the ouster of late ruler Muammar Gaddafi in 2011, two seats of power have emerged in Libya: military commander Haftar in eastern Libya, supported mainly by Egypt and the UAE, and the Government of National Accord in Tripoli, which enjoys the UN and international recognition.

Haftar unilaterally declared himself the ruler Monday, claiming that he “accepted the mandate of the Libyan people” and termed the 2015 UN-brokered Skhirat agreement for a unified government in the country “a thing of the past.”

But this coup attempt by Haftar was condemned by the international actors and regional allies.