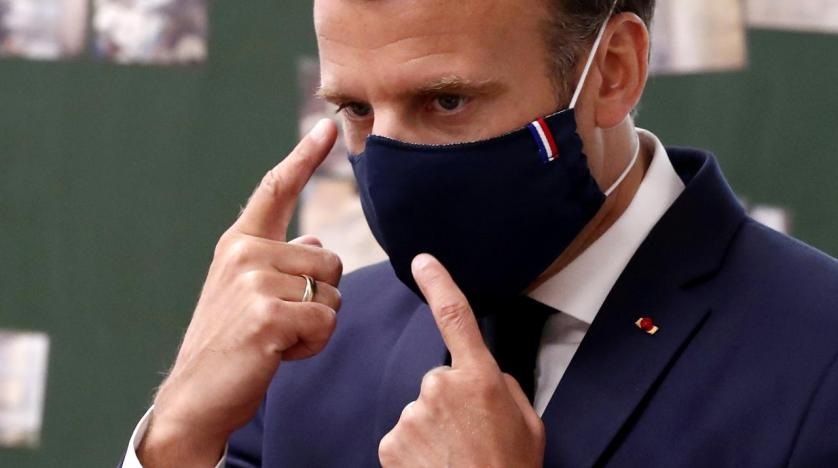 Two prominent Algerian parties condemned “France’ interference in the internal affairs of its former colonies,” in response to the recent comments of President Emmanuel Macron on the relations between Turkey and Russia with African countries and the Hirak movement.

Speaking to “Jeune Afrique,” Macron accused Turkey and Russia of spreading anti-French sentiments in Africa by playing on “post-colonial resentment.”
“We must not be naive on this subject: many of those who speak, who make videos, who are present in the French-speaking media are funded by Russia or Turkey,” Macron told the magazine.

Macron was referring to the protests in some African countries, following his statements about a “plan to combat Islamist separatism in France,” which he launched after a French teacher was killed in October.
In response, President of the Rally for Culture and Democracy Mohcine Belabbas denounced Macron’s statement, saying the frequent interventions in the sovereign decisions of African countries are the problem.

“Post-colonial France is part of our problem, as well as being part of the painful past of Algeria and Africa. Algeria and Africa cannot remain forever in a state of dependency, to serve new colonial interests,” he argued.

Belabbas called on African leaders, especially elected ones, to cancel their participation in the Africa-France Summit, saying they were summoned to participate as rulers who follow France’s orders.
Belabbas, who is considered one of the fiercest opponents of the Algerian authorities, denounced Macron’s statements regarding Algerian President Abdelmadjid Tebboune and the Hirak movement.

He said that Macron announced France’s readiness to help Tebboune during the “transition period.”

In the interview, Macron described him as a “brave leader,” saying countries and state institutions can’t be changed in a few months.

Asked about the Hirak, the French President said that there is a desire for stability, especially in rural areas, stressing that everything must be done to ensure a successful transition process.

Tebboune has recently praised Macron, saying the French President is willing to develop relations with Algeria by overcoming the “colonial past” and head towards a promising future for both countries.

Member of the Islamist party Movement of Society for Peace Nasser Hamdadouche accused France of always finding a way to return to its old habits by interfering in the internal affairs of its former colonies.

He indicated that France’s behavior shows that it does not recognize the independence or sovereignty of these countries.

Hamdadouche called on the Algerian authorities to take a firm, honest and strong stance against this French intervention.