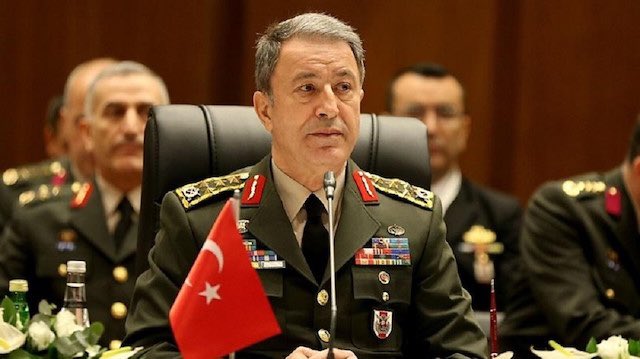 Turkish Defence Minister Hulusi Akar said today that the UAE is “a functional country that serves others politically or militarily and is used remotely.”

Criticising the UAE’s role in Libya and Syria, Akar said in an interview with Al Jazeera today that Turkey will hold Abu Dhabi accountable at the right time and place for the malicious actions committed in Libya and Syria.

Akar called on the Emirates to “consider its small size and the extent of their impact, and not to spread sedition and corruption.”

The minister also accused the Emirates of supporting “anti-Turkish terrorist organizations” with the intention of harming Ankara.

On the Libyan issue, Akar said: “I advise Egypt to refrain from statements that do not serve peace in Libya, Rather, it fuels the war in it,” calling on countries that back General Khalifa Haftar to stop supporting him.

“If the UAE, Saudi Arabia, Egypt, Russia and France do not stop their support for the coup in Libya, a settlement for Libya’s crisis will never be reached,” he warned.

“These countries should prevent Haftar from achieving his goals and solve the problem of Sirte and Al-Jafra,” he said in reference to haftar’s final strongholds where battles are due to commence in an effort to return them to the hands of the internationally recognised, Turkey-backed, Government of National Accord (GNA).