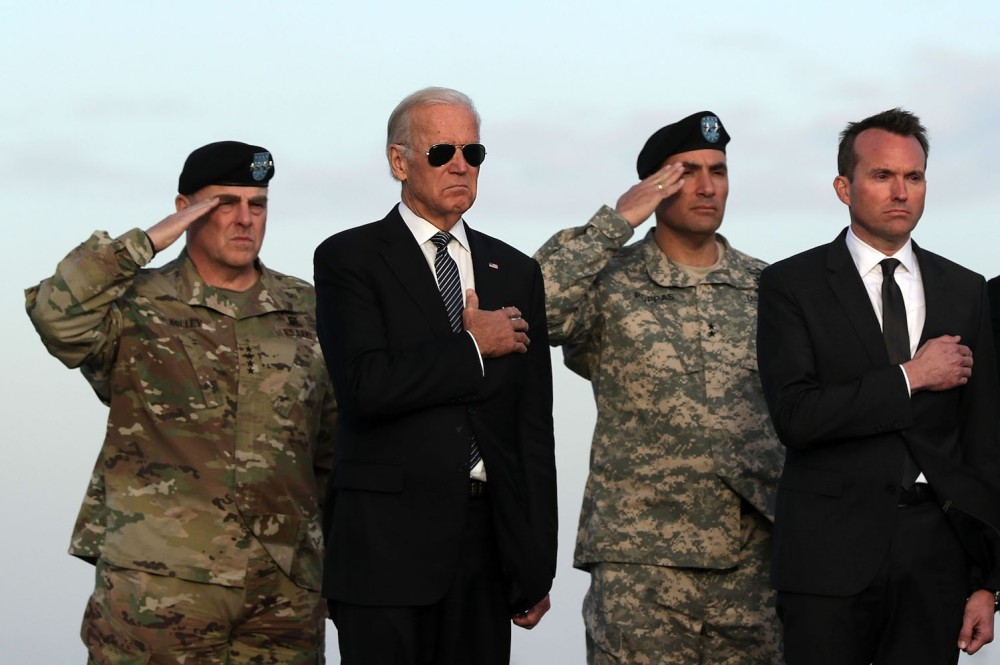 U.S. troops are scheduled to leave the country on Jan. 15, opening the door for al-Shabab  to step up their attacks. The new administration should recommit to protecting the country.

Years of hard-fought gains to stabilize Somalia and defeat the al-Shabab terrorist group are now endangered by President Donald Trump’s threat to withdraw U.S. forces. Not unlike the fragile gains the United States achieved defeating the Islamic State in Syria and Iraq, Somalia’s future rests on sound judgment and Washington’s continued engagement. Without persistent pressure from U.S. forces, al-Shabab’s leaders will be able to emerge from hiding, reorganize, and conduct attacks not just in Somalia but across the region, including against key U.S. allies such as Ethiopia and Kenya. However, there’s still time to change course. The current administration’s Jan. 15 deadline to withdraw U.S. troops from Somalia is rapidly approaching.

In all likelihood, the Trump administration will not reverse course on any major policy decision in the lead-up to President-elect Joe Biden’s inauguration on Jan. 20, and the withdrawal will continue as planned. If this is indeed the case, Biden must move swiftly after inauguration to redeploy troops back to their original bases in Somalia.

Biden must move swiftly after inauguration to redeploy troops back to their original bases in Somalia.

Not doing so risks Somalia falling back into the hands of al-Shabab and endangers the lives of not only Somalia’s citizens but those from Western countries residing in the region.

Since 1991, the ongoing civil war in Somalia has killed more than 300,000 people and injured countless others. As the country recovers, a continuing U.S. presence will be crucial to maintaining stability.

Currently, Somalia is showing signs of recovery and gradually becoming a popular destination for business, mainly due to its enhanced security situation in recent years. The persistent efforts of the international community, led by the United States, have made this possible. For decades, the U.S. government has provided training and equipment to Somalia’s armed forces. The U.S.-trained unit Danab conducted many successful operations against al-Shabab, which has killed more than 4,000 people, including Americans.

Two months ago, a CIA paramilitary officer was killed while fighting alongside Danab. In early 2020, al-Shabab launched an attack against U.S. forces in Kenya, killing three Americans and destroying a U.S. surveillance plane.

These sacrifices have not been in vain. Thanks to U.S. involvement in Somalia, a 9/11-style attack against the U.S. homeland was recently foiled—a reminder of the mutually beneficial relationship between the two countries.

This relationship is now at risk. On Dec. 4, Trump ordered the removal of U.S. soldiers from Somalia by early 2021.

The proposed withdrawal comes at an especially critical time and is a risk to the stability of the entire region. Indeed, Ethiopia is in the middle of a civil war and has withdrawn thousands of its troops who had been helping the Somali army fight against al-Shabab. Kenya-Somalia relations are at their lowest point in years, and domestic tensions are high over the upcoming elections and a string of attacks and assassinations. If the United States goes ahead with its withdrawal, it could have a huge impact on stability in Somalia, deal a major blow to morale among Somalia’s armed forces, and raise questions about U.S. credibility.

The proposed withdrawal comes at an especially critical time and is a risk to the stability of the entire region.

U.S. Defense Department officials claim the United States will “retain the capability to conduct targeted counterterrorism operations in Somalia, and collect early warnings and indicators.” However, in the eyes of many Somalis, Washington is abandoning the country. “Al-Shabab will frame this as a victory,” said Omar Mahmood, a senior Somalia analyst at the International Crisis Group. “They will use it as evidence of their ability to take on a world power like the United States and force them to leave Somalia.”

U.S. officials claim that moving troops to neighboring countries such as Kenya and Djibouti will have no major consequences. Somali officials disagree; former Danab chief Col. Ahmed Abdullahi Sheikh criticized the move, saying that the U.S. military “can launch and stage operations from countries like Djibouti and Kenya, but it’s not the same as being in the country. … You can’t train a force remotely.” U.S. support in planning and launching raids in Somalia is a critical component of the fight against al-Shabab—one that cannot easily be replaced.

It is true that a permanent U.S. military presence in Somalia is not a long-term solution. However, this transition should happen with the help of the international community. The Somali government has started to see success toward building an effective security force, thanks in large part to Washington’s unwavering support for Somalia and its people. With U.S. support, the Somali army was able to reduce al-Shabab’s military capabilities, diminish its territorial control, and bring peace back to large areas of Somalia. But the group remains a persistent threat to the region.

Now more than ever, Somalia needs the support of the United States. Leaving Somalia to fend for itself would risk erasing years of progress. Al-Shabab could reconquer territory, strengthen its military capabilities, and increase its stranglehold over the Somali people. “It’s my hope therefore that the U.S. government will reevaluate its decision and hopefully change,” one Danab officer—who prefers to remain anonymous—told me.

The Biden administration needs to increase U.S. efforts in Somalia in order to strengthen the government’s capabilities to contain the threat posed by al-Shabab. The first step Biden can take would be an immediate redeployment, followed by concrete assurances of future U.S. support. Otherwise, America’s hard-fought efforts to bring peace and stability