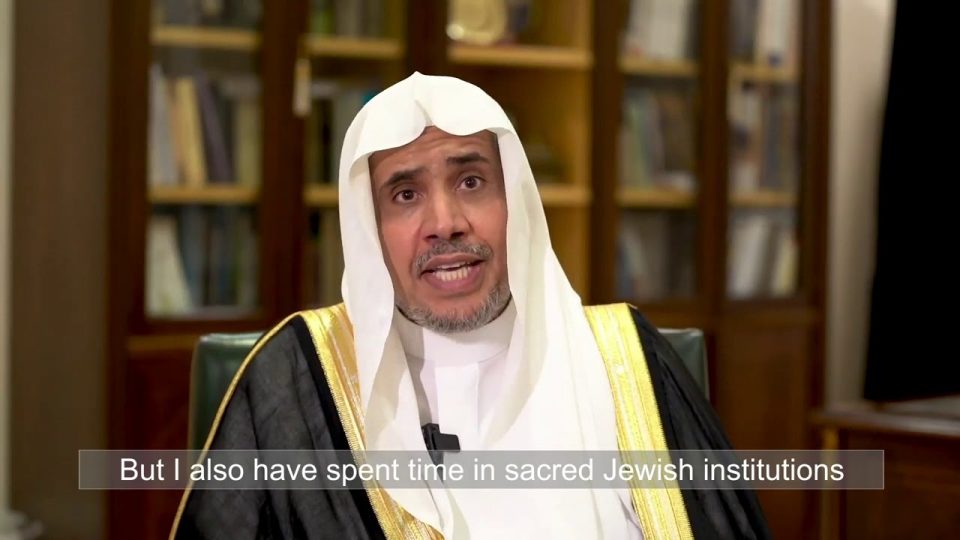 “We in the Muslim World League are proud to stand shoulder to shoulder with our Jewish brothers and sisters to build understanding, respect, love and inter-religious harmony,” the sheikh said.

JUNE 10, 2020 18:20
The Muslim World League, a Saudi Arabian government-funded NGO, is prepared to fight “shoulder-to-shoulder” with Jews from around the world to defeat antisemitism, head of the group Sheikh Dr. Mohammed Al-Issa said on Tuesday.

“We in the Muslim World League are proud to stand shoulder to shoulder with our Jewish brothers and sisters to build understanding, respect, love and interreligious harmony,” said al-Issa from Mecca in a virtual conference organized by the Combat Anti-Semitism Movement and the American Sephardi Federation.

He said that Jews and Muslims need to work together to rebuild ties and create “bridges of dialogue” between their communities. “Whereas Jews and Muslims lived centuries together, in these last decades we have sadly grown apart,” al-Issa said. “Now, we must rebuild the bridges of dialogue and the bonds of partnership between our communities… Since taking over the Muslim World League, it has been my mission to fight the forces of hatred and violence.”

Earlier this year, al-Issa visited the Auschwitz-Birkenau death camp, where he said, he “stood united alongside my Jewish brothers and said:  Never again. Not for Jews, not for Muslims, not for Christians, not for Hindus, not for Sikhs. Not for any of God’s Children. History’s greatest horror, the Holocaust, must never be repeated.”

Additional speakers at the event included  Elan Carr (US Special Envoy to Monitor and Combat Anti-Semitism), Sam Brownback (US Ambassador-at-Large for International Religious Freedom) and Ahmed Shaheed (UN Special Rapporteur on Freedom of Belief and Religion). During the event, al-Issa was honored with an inaugural award for his contribution towards fighting antisemitism.

Al-Issa condemned hate crimes across the world, including the spate of recent attacks against Jews. “Your community has tragically been the target of several terrorist attacks. In Pittsburgh; in San Diego; in Munsey, New York; in Halle, Germany. I condemned each and every one of these horrible assaults upon humanity – as if they were attacks on Muslims,” he said.

Sacha Roytman-Dratwa, director of the Combat Anti-Semitism Movement, said that the way to defeat antisemitism is by working together. “At a time when Iran’s spiritual leader calls for the destruction of the Jewish state, the sheikh’s statements condemning the hatred of Jews are of particular importance, especially given the scrutiny he often faces,” Roytman-Dratwa said.

Combat Anti-Semitism is a non-partisan grassroots movement of individuals and organizations, across religions and faiths that works to end antisemitism in all its forms.