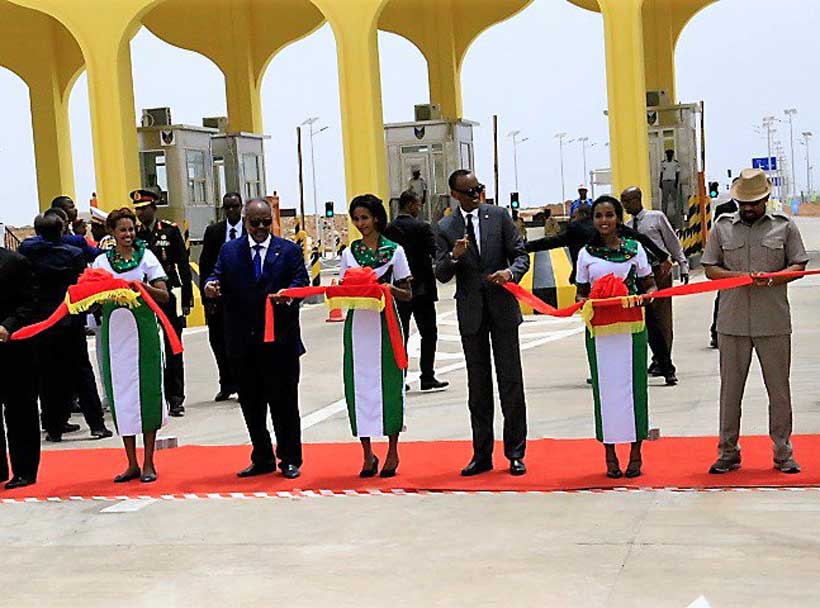 With only a few exceptions, states have needed a minimum level of freedom and commitment to rule of law for sustained economic success.

On 9 April, Djibouti’s President Ismail Omar Guelleh won a fifth term in office with 97% of the vote. He effectively ran uncontested after the opposition decided to boycott the election, but the result had never been in doubt.

Guelleh has led Djibouti since 1999 when he was selected to succeed his uncle, Hassan Gouled Aptidon, who had served as president since Djibouti gained independence from France in 1977. Guelleh’s governments have scarcely tolerated dissent. Most recently, authorities brutally suppressed protests in June 2020 over the alleged torture of Fouad Youssouf Ali, a former air force pilot who had been repatriated from Ethiopia where he was reportedly seeking asylum. Civil and political rights are dismal, as Djibouti ranks 176 out of 180 countries in Reporters Without Border’s 2020 World Press Freedom Index.

In office, Guelleh has championed a Singapore development model like that of President Paul Kagame in Rwanda. Kagame’s reverence for former Singaporean leader Lee Kuan Yew is well documented, but both leaders want to emulate Lee and turn their countries into the “Singapore of Africa”.

For Djibouti, certain parallels are obvious. Like Singapore, Djibouti’s greatest asset is its location. Both countries rely on global trade and busy deepwater ports for economic success. And both are small, have relatively low populations, and few natural resources. These attributes require more creative and service-driven development strategies.

One way Djibouti has leveraged its position is to rent out territory for other states to use for military bases. In his 2015 book, The Real Politics of the Horn of Africa, Alex de Waal calls this “security rentierism” and refers to Djibouti as “a Franco-American garrison with a small hinterland”. Since then, Djibouti has gone even further. In 2017, it became home to China’s first permanent overseas base. It also now hosts Japanese and Italian military facilities as well as German and Spanish troops. While not a particularly elegant approach, this strategy provides the government with considerable rents and has helped it oversee consistent if modest annual GDP growth for the past two decades.

Djibouti’s economy has received a more significant boost from Chinese investment, especially in large infrastructure projects. From 2012 to 2020, Chinese companies have invested about $14.4 billion in projects such as the $590 million multipurpose Doraleh Port, the Ethiopia-Djibouti Railway, and a $4 billion gas pipeline that will transport natural gas from Ethiopia’s Ogaden Basin to a Djibouti export terminal on the Red Sea.

This investment has the potential to improve Djibouti’s economic standing by cementing its position as a gateway to trade in Africa and as the continent’s most vital port on the Indian Ocean. But so far, this has not happened and Guelleh’s vision of a Singaporean development success story has not become a reality.

The Singapore development model is frequently misunderstood simply as an authoritarian government delivering national prosperity through rigid planning and a singular focus on economic development at the expense of democracy, human rights, and basic freedoms. Under Lee, Singapore was not a liberal country with strong civil and political freedoms. But nor was it as authoritarian as often imagined.

The same holds true today. Singapore scored 50 out of 100 in Freedom House’s 2020 Freedom in the World report, earning a “partly free” ranking. Djibouti scored 21 and a “not free” ranking. Leaders such as Guelleh fail to understand that, with only a few special exceptions, states require a minimum level of freedom, a commitment to the rule of law, and trusted government institutions to achieve sustained economic success.

Lee recognised this fact. Singapore became an international business hub not just because of its location, but because its officials ensured there was almost no corruption and that the country enjoyed a strong legal system to facilitate trade and investment. Furthermore, political participation, while certainly not as robust as it could be, is still meaningful. Elections are legitimate and Lee’s former People’s Action Party faces a real political opposition that won nearly 40% of the popular vote in the 2020 election. And most importantly, Singapore’s economic success has improved the lives of most Singaporeans, not just a handful of political and business elites.

Contrast this to Djibouti, where corruption, including judicial corruption, remains a persistent problem.

Moreover, despite significant Chinese investment in infrastructure, critics assert that only Djibouti’s political elites benefit. Outward-looking projects, such as the Doraleh Port, have done little to improve local livelihoods, while national unemployment remains at 11.6% and more than 40% of Djiboutians live in extreme poverty.

The strongest indication of Guelleh’s failure to actualise his development vision is measuring where Djibouti stands today compared to when he came to power. In 2000, Djibouti ranked 149 out of 174 countries in the UNDP’s Human Development Report. Two decades later, after billions of military base rent and Chinese investment, it ranks 166 out of 189 countries.

In 2010, Djibouti’s parliament unanimously voted to remove presidential term limits, allowing Guelleh to seek a third term. However, it also introduced a 75-year-old age limit for the presidency. Whether Guelleh, now 73, will act to overturn this limit and seek a sixth term is unknown. What is clear is that until Djibouti becomes more democratic and more people benefit from the government’s development approach, his dream of transforming Djibouti into a Singapore of Africa will remain just that.

So what if the Ottomans shaped the modern world?