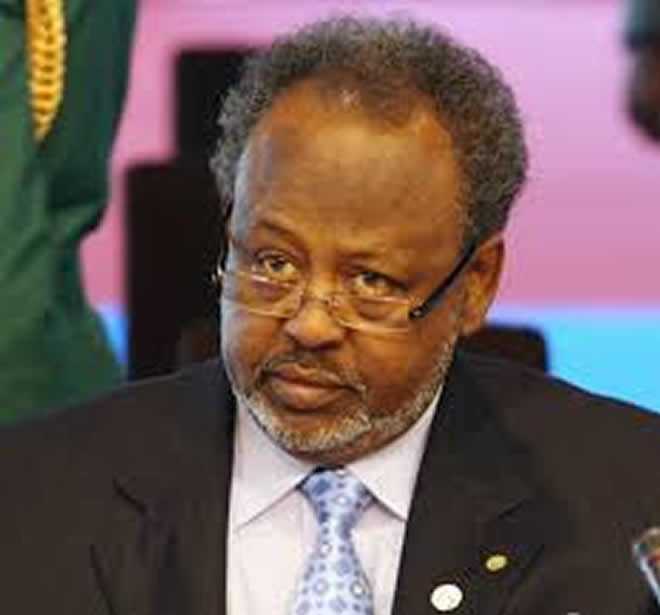 The event, which is being held in the country’s capital, started at  9.30am local time.

President Guelleh will begin his fifth term in office, after collecting the highest vote percentage since he came to power in 1999.

The vote in April went ahead despite rising Covid-19 cases in the country, with more than 215,000 registered votes taking part.

And at 73, Guelleh will be among the oldest leaders in the region, leading a country of about one million people in the Horn of Africa. This could be his last term, after the 2010 Constitution limited age of Presidential contenders to 75 or lower. Guelleh, for now, is seen as a stabilizer in a region where neighbours are fighting one security crisis or another.

“His win is definitely testimony to the outstanding achievements of his leadership especially in the areas of infrastructural development, consolidation of peace in his country and the region.”

Djibouti is a force contributing country, the African Union Mission in Somalia forces and hosts a number of military bases for the US, China, Japan and NATO, signalling its importance to the global security. Russia was inkling to establish one too.