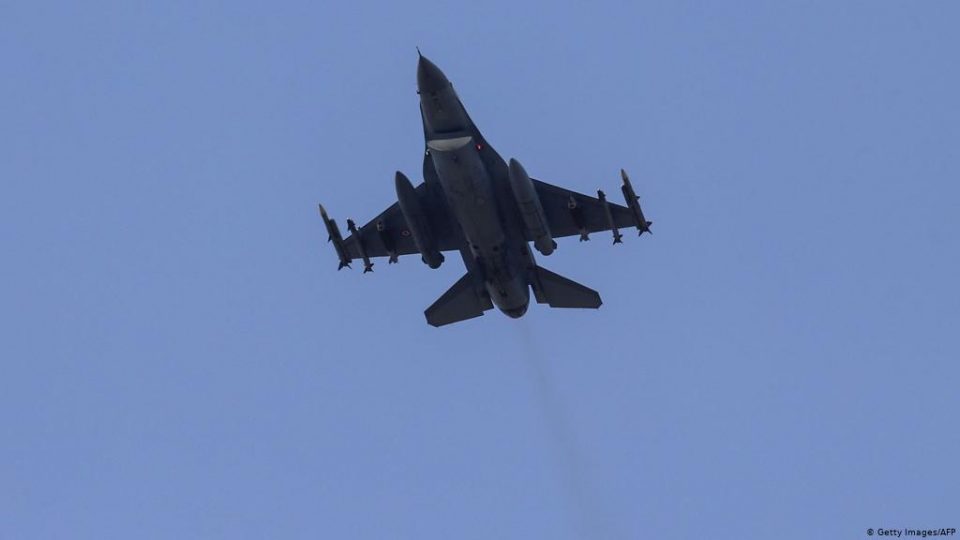 The attack interrupted a short ceasefire in the country and could be a harbinger of battles for the strategic city of Sirte, demonstrating the vulnerability of the Turkish group in northern Africa, experts say.

In Libya, on the night of Wednesday, August 12, Turkey’s key bridgehead in the region, the Al-Watiya airbase, was attacked. Izvestia sources familiar with the situation confirmed that the sounds of explosions and jet engines were heard in the airfield area. Local social networks report that the positions of the troops of the Government of National Accord (GNA) in the area of ​​the city of Abu Qurain also fell under the air strikes.

An airstrike against Turkish forces broke the lull. After large-scale battles in the first half of the year, the front line in Libya has stabilized. Nevertheless, the parties continue to declare the likelihood of the conflict continuing. The concentration of reinforcements of the opposing sides in the direction of Sirte, held by the Libyan National Army (LNA) of Field Marshal Haftar, does not stop either.

According to the Turkish Foreign Minister, peace will be possible only after the transfer of this strategic city, as well as the key Al Jufra airbase, under the control of the GNA. In turn, Egyptian President Al-Sisi stated that these facilities are a “red line” that he will not allow the GNA forces to cross, and stressed his readiness to send troops to protect them in case of a request from the Libyans.

“The attack can be a prelude to the battles for Sirte and Al-Jufru,” military expert Vladislav Shurygin explained to Izvestia. – Al-Watiya airbase is the most convenient base to support the attack on them. If Ankara decides to transfer its fighters to Libya, there will be no better place for them. From there it is close to the front line.

In addition, since July, the airfield has become the main hub for the delivery of goods by Turkish military transport aircraft. This happens for the same reason – it is close to the areas of hostilities, and he himself is at a crossroads. Opponents of the LNA and Turkey are trying to take this base out of the game, the expert said.

Earlier, Turkish media reported on the ongoing negotiations between Ankara and the GNA on the possibility of a long-term lease of Al-Watiya airbase and the deployment of Turkish F-16 fighters on the base.

GNA forces, with intensive support from the Turkish contingent, recaptured Al-Watiyah from Haftar’s army on May 18 after several weeks of siege. The loss of a key stronghold forced the LNA to retreat more than 100 km to the east. The defeat deprived her of hopes to continue the attack on the capital of Tripoli.

Ankara immediately began creating its own grouping at the air base. The deployment of at least two batteries of the MIM-23 Hawk medium-range anti-aircraft missile system and other military equipment was also noticed there.

On July 5, Al-Watiya airbase was hit by a powerful airstrike for the first time. The satellite images that appeared a few days later showed that one of the Hawk air defense systems was destroyed. Precision munitions targeted the radar and several missile launchers.

The attacker remained unknown. The LNA took responsibility. But a spokesman for the GNA said the attack was carried out by foreign fighters. Both he and the representatives of Turkey chose not to name their affiliation directly.

Shortly before the raid, United Arab Emirates aircraft were spotted in Egypt. The Kingdom has been supporting Haftar for several years now and supplying his army with weapons, including heavy attack drones and air defense systems.

An air raid on Al-Watiya airbase did not prevent Ankara from starting direct flights of military transport aviation from Turkey from July 17. The Itamilradar resource, which specializes in monitoring military air traffic in the Mediterranean, tracked more than fifty arrivals of transport C-130 and A-400M in the first three weeks. Most flights from Turkey arrived there in the summer, and not to the airfields of Misrata and Tripoli, as it was at the beginning of the year.

At the end of July, amid the threat of the fall of Sirte, the Egyptian parliament unanimously allowed President Al-Sisi to send a military contingent to Libya. The Libyan parliament, sitting in Benghazi, also agreed to foreign intervention.

Egypt demonstratively transferred tank units equipped with American Abrams, artillery and air defense systems to the border with Libya. But the group has not yet crossed the border of the country.

An intensive modernization of the Khabat military airfield is under way 50 km from Libya. Fresh satellite images show the arrival of 18 F-16, Dassault Rafale and MiG-29M (M2) aircraft of the Egyptian Air Force.

“It is unlikely that the Al-Watiyah base was attacked by Haftar’s aircraft,” military historian Dmitry Boltenkov told Izvestia. “For this, it is not sufficiently prepared and equipped. But the Egyptian army is one of the strongest in the region in terms of numbers and equipment, including aviation. Even if it has not been tested in modern wars, it can create serious problems for Turkey’s plans in Libya. It will be enough to block “Air bridge” arranged by Ankara. “

In addition to Egypt, the UAE also provides high-tech military support to the LNA troops. At Egyptian airbases, combat aircraft from this country, capable of carrying modern precision weapons, have been noticed more than once. The kingdom has already been accused of raids on PNS-controlled Misurata and Turkish facilities at Libyan air bases, the expert added.

The Turkish parliament allowed President Recep Tayyip Erdogan to send troops to Libya in January this year. A small contingent of Turkish soldiers, specialists and advisers was sent to help the PNS. Hundreds of Turkish-made weapons and military equipment were handed over to the PNS units, as well as to mercenaries recruited in Syria.

On April 1, the fleets of the EU countries began a joint operation IRINI off the coast of Libya to prevent the smuggling of weapons into the country by sea. Ankara expressed dissatisfaction with the attempts to control Turkish ships heading to the ports of the GNA. Turkey has activated its “air bridge” and started regular flights of its military transport aircraft. This became the main way to supply her group and allies in the country torn by civil war.