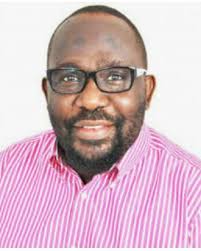 A few days ago, Daily Monitor reported State Minister for Gender, Ms Peace Mutuuzo, saying Indians [Asians] in Uganda cannot be made a national group (tribe) because their “origin cannot be traced anywhere in Uganda other than in India.

“Their culture also is different from the diverse cultures of the indigenous Ugandan communities,” she said.

Her comment followed President Museveni’s suggestion earlier that Asians could indeed become a Ugandan tribe. It is something Museveni has said before, and Kenyans have resolved by doing exactly that.

On this, I am on Museveni’s side, my criticism being that he has not gone far enough, as there are other peoples – Filipinos, Congolese and so on – whose families have lived in Uganda for over a generation, and are still treated as “aliens”.

Still, we need to understand where Mutuuzo is coming from. A people will feel threatened when foreigners come into their midst, take root, multiply, and overcome them in numbers. No, they don’t just feel threatened, they react very badly. In the West, it is driving anti-immigrant feeling, and led to fears of the “great replacement”.

In our own Uganda, the Banyoro rose up against the Bafuruki (mostly from Kigezi), resentful of their numbers, and growing dominance. Museveni responded in a reactionary way, muzzling the Bafuruki, and siding with Banyoro extreme nationalists to bar them from running for political office.

That said, Mutuuzo’s view is based on a limited take on how people become nationals of countries. That same outlook drives the demand to change street names to “African” ones, and rename nearly everything with a mzungu name. But to that later.

We shall forget the conventional argument that, after all, there was nothing like Uganda barely 100 years ago, and look to how people become nationals or part of a country.

Most times, it is messy. In history, a lot of it has been through bloody conquest or occupation – then the cartographers take over, draw lines, and make countries as they did with Africa in 1884 the infamous Berlin Conference. Then migration; either voluntarily in search of green pastures, or flight from pestilence and the likelihood of being slaughtered by a vengeful victor. And, of course, love. You marry into a country.

And lately, you can buy citizenship. Several countries have categories that enable you, if you aren’t a criminal and are a dollar millionaire, to get citizenship by paying, say $500,000 for it, or investing big bucks in the local economy. And, also, a presidential declaration, as Tanzania’s Julius Nyerere did decades ago, that all refugees and foreigners who had lived in the country for a long period were citizens.

The Asians, who arrived in Uganda at the start of the 20th Century with the Kenya-Uganda Railway, likely did so before the forefathers and mothers of very many Ugandans who are citizens and are claiming to be indigenous.

Uganda is a construct. And those whose ancestors were here a century ago, have a right to be citizens. So, do those who came to work its lands, to trade in it, to find safety from persecution in its valleys, who fought for its freedom, those who fell in love with its people, and even those who were passing through and got lost or became weary and couldn’t journey on.

Which is why, if a missionary came and started a school, it was named after him, the case for changing its name to a “native’s” is debatable. Nor is the case for scrapping Lugard’s name off a town or a port.

The colonial experience was painful. The loss that African culture and spirituality suffered from the sometimes-violent introduction of Christianity is deleterious. But they still are a part of who we became.

They are like the scars of war. They remind you where you were shot and felt the pain. And if you can see it, it means you survived. If you are wise, you ask why you got shot, and the meaning of your survival.

Speke Road, can be testimony to a battle we lost. But depending on how you study it, a lesson in how we can win in future. If you change it to Obbo Road, will you still be able to teach why it was Speke Road initially?

The Asians didn’t arrive in Uganda as conquerors. They were labourers. They put a lot of skin in the Ugandan game. They might not intermarry with the “indigenous” folks at rates that please Mutuuzo, but even the rest of us still don’t do so in record numbers. It doesn’t make us lesser Ugandans.

You can have a Buganda, Alur, or Tooro nation to which you claim organic citizenship or ethnic belonging. But there’s no organic Ugandan citizenship. Uganda is a construct of our hands and minds. And will, and can only, remain a changing work in progress.