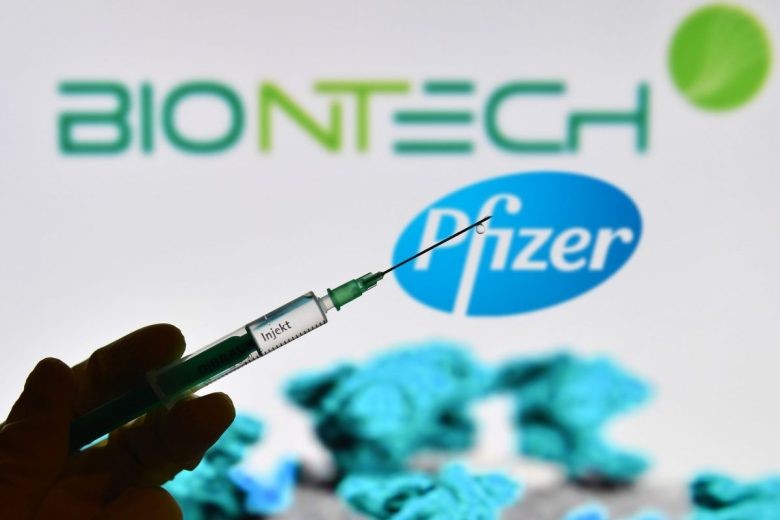 More than an eighth of the world’s population living in rich countries – the United States, Canada, the UK, and the EU – have access to more than 50% of the world’s Covid-19 vaccine doses.

According to Our World in Data, about 112 million people in the United States alone received at least a single inoculation by April 8. This is more than 12 times the total number of people vaccinated in the entire continent of Africa – which has four times the population of the United States. On April 8, the World Health Organization said that “nearly 13 million of the 31.6 million doses delivered so far [to 45 African countries] have been administered.”

And if we do not count the vaccine doses that have been administered in Morocco – truly an outlier in Africa – as of April 8, the United States has received almost 35 times the vaccine doses that Africa has. No wonder Dr Tedros Ghebreyesus, the WHO’s director general, called the distribution of vaccines “grotesque” and “a catastrophic moral failure.”

Let us not call reserving the bulk of vaccines for a handful of rich ex-colonial or settler-colonial states “vaccine nationalism.” Let us call it what it is: vaccine apartheid at a global level.

Moderna’s vaccine production has mostly been used to inoculate the population in the United States besides supplying it to some countries in Europe and to Canada.

Pfizer has supplied its vaccines to the United States from its US facilities, and to Europe and the UK from its European plants. It has also supplied vaccines to Israel and the Arab Gulf monarchies and (begrudgingly) parts of Latin America, but that makes up a small fraction of its total production.

The rich countries have had some squabbles with one another over vaccine supplies – an example of this is the clash between the European Union and the pharmaceutical company AstraZeneca and the UK. Perhaps this is why they have had no time to think about the rest of the world.

An article in The New York Times in late March reveals, “Residents of wealthy and middle-income countries have received about 90% of the nearly 400 million vaccines delivered so far.”

Where has the rest of the world gotten its vaccines from? It appears that the only other sources of vaccines for low- and middle-income countries are those being produced by China and India, with Russia providing smaller amounts of vaccines.

This is substantiated by various press sources that recount how countries in Latin America, Eastern Europe, Africa and Southeast Asia are receiving supplies from China, India or Russia.

How much of the vaccine supplies from Sinovac, a Beijing-based biopharmaceutical company, and Sinopharm, a Chinese state-owned company, was administered locally in China, and how much has been provided to the rest of the world?

About 115 million doses have been used in China, and the same amount has gone to the rest of the world, according to an April 5 article in Nikkei Asia, which relied on data provided by Airfinity, an analytics company.

Similarly, based on the figures released by India’s Ministry of External Affairs website on April 15, more than 65 million doses of the Serum Institute’s Covishield vaccine – licensed from AstraZeneca – have been exported to other countries.

With the surge in the rate of infection in India recently, the doses exported from that country have fallen in comparison with the number of doses it has administered to its own population.

According to an April 13 article in Deutsche Welle, “more than 104.5 million people in the country have received at least one dose of the inoculation,” while “India has shipped more than 60 million doses to 76 nations.”

China and India are the only two major countries that have been willing to export vaccines while also vaccinating their own people.

To curtail the sharp rise of Covid-19 cases in India, the country is currently prioritizing its supplies and has temporarily halted exports of vaccines from India. This has slowed down vaccine supplies to other countries significantly in March and April and will impact the COVAX program, particularly in Africa, which is heavily dependent on the WHO’s Access to COVID-19 Tools (ACT)-Accelerator program and its vaccines pillar of COVAX.

Sputnik V, developed by the highly respected Gamaleya National Center of Epidemiology, has shown its efficacy in clinical trials. Ramping up its production, however, has been slow. Russia’s production capacity of vaccines is not on the scale of Indian and Chinese manufacturers.

Meanwhile, even as India looks to ramp up its current vaccine production to meet the worldwide demand, it has not been able to do so.

The Serum Institute of India, the largest vaccine manufacturer in the world, can produce up to 100 million Covishield doses per month and can add to that capacity with additional investments. Similarly, Biological E – which is expected to produce 600 million doses of Johnson & Johnson’s single-shot vaccine after recent approvals by the US Food and Drug Administration – has not been able to begin production.

This raises questions about what is preventing these companies from expanding and producing vaccines.

This is where the global media – read: the dominant Western media – fail to inform people about the bottlenecks against ramping up production around the world.

Apart from the intellectual-property-rights (IPR) issue, the major roadblock to quickly ramping up global vaccine production is that the rich countries – the United States, the EU, and the UK – have been refusing to export not only vaccines but also supplies of intermediate products and raw materials required for vaccine production in other countries.

The United States is using a 1950 Korean War-vintage Defense Production Act to curb exports of vaccines as well as raw materials and other inputs vital for vaccine production elsewhere.

In a letter to Indian Commerce Secretary Anup Wadhawan and Foreign Secretary Harsh Vardhan Shringla, Prakash Kumar Singh of the Serum Institute wrote that by invoking the Defense Production Act, the United States is making it difficult to import “necessary products like cell culture medias, raw material, single-use tubing assemblies and some specialty chemicals” to India, according to an article in Mint.

The US restrictions, which prioritize Moderna’s and Pfizer’s vaccine production, harm not only the Serum Institute’s Covishield production but also its efforts to produce another 1 billion doses of Novavax vaccine.

Adar Poonawalla, the chief executive of the Serum Institute of India, told a World Bank panel recently, “The Novavax vaccine, which we’re a major manufacturer for, needs these items from the US. We are talking about having free global access to vaccines, but if we can’t get the raw materials out of the US, that’s going to be a serious limiting factor,” according to an article in the Financial Times.

Similarly, Mahima Datla, managing director of Biological E, which is committed to making Johnson & Johnson’s single-dose vaccine in India, voiced concern about the US embargo on vital intermediate products and supplies.

In an interview with the Financial Times, she said materials that are a vital part of vaccine production are made only by a limited number of companies that are under the US embargo. Unless the global supply chain is viewed in its entirety, and not with the me-first approach of the United States and the other rich countries, it will not be possible to control the pandemic.

The Indian government, which looked quite willing to be the Quadrilateral Security Dialogue’s Covid-19 vaccine supplier – as also seen from the joint statement by Quad leaders, “The Spirit of the Quad” – seems to have backed off from any public engagement with the US government on this count.

There has been no public response by New Delhi relating to the plea of the big Indian generic manufacturers on how to facilitate both capital and the much-needed supplies for rapidly increasing production. Instead, the Indian government has slowed down its export of vaccines to other countries, worsening the global crisis.

The other part of the ugly picture of vaccine apartheid is the vicious campaign mounted against the Chinese and Russian vaccines.

It is bad enough that the United States and its allies are not willing to share the vaccine they produce with the rest of the world. Moderna and Pfizer vaccines are not available to most low- and middle-income countries, and even if they were available there, these countries would not be able to provide the ultra-cold chain infrastructure required by these mRNA vaccines.

The latest in this anti-China campaign is twisting the statement of Gao Fu, the head of the Chinese Center for Disease Control and Prevention, who suggested improving the efficacy of the vaccines being produced by China by mixing them. This is being touted as a “rare admission of weakness” and proof of the poor quality of Chinese vaccines.

How are similar statements by AstraZeneca of using Sputnik V as the second dose along with a first dose of AstraZeneca not viewed in the same light?

The figures to show more than 90% efficacy for Moderna and Pfizer, and above 62% for Oxford-AstraZeneca, compared with supposedly only about 50% efficacy for the Sinovac vaccine do not reflect a true comparison.

In clinical trials in Turkey and Indonesia, the figures for Sinovac’s vaccine were 83.5% and 65.3% respectively. The low figure of 50.4% in the Brazilian trial was the result of counting very mild symptoms as positive cases, which other vaccine trials did not count.

Data of Brazil’s Sinovac’s CoronaVac trials showed that it provided 78% protection in mild cases and 100% protection in moderate and severe cases, according to an article in Bloomberg. Esper Kallas of the School of Medicine, University of São Paulo, pointed out in an article in Science Magazine, “If you can prevent someone being seen by a doctor by 78% and prevent hospital admissions by 100%, let’s give a toast and celebrate.”

The good news is that Sinovac’s vaccine is maintaining its efficacy against the more transmissible and dangerous Brazilian P1 variant at more than 50%. AstraZeneca’s vaccine has low efficacy (10.4%) against the B.1.351 prevalent currently in South Africa, although it was more effective against the B.1.1.7 variant, otherwise known as the UK variant.

I have earlier reported about the WTO rules and the rich countries’ unwillingness to suspend IPR rules temporarily so that all the vaccine producers can re-engineer their facilities very quickly to produce Covid-19 vaccines.

In the books of the rich countries, the tens of billions of dollars to be earned as profits in the vaccine market by Big Pharma far outweigh the benefits of saving millions of lives.

This also explains the vicious campaign against Chinese and Russian vaccines. For Big Pharma and the rich countries, it is profit over lives every time, whether it was during the AIDS epidemic earlier or with the Covid-19 pandemic now.

Vaccine apartheid and support for Big Pharma are driving the policies of the rich countries. It does not matter that these policies will perpetuate the continuation of the global pandemic and the emergence of new variants along with the economic crisis being faced by most nations.

Only a powerful movement for people’s health and universal vaccines can beat back the offensive by Big Pharma coupled with the ongoing vaccine apartheid by the rich countries.