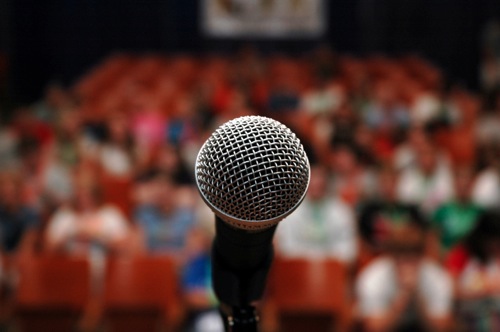 Republished by Warsan magazine on 21 November, 2022

19th Century German philosopher Friedrich Nietzsche advanced a dualistic view of the human condition by arguing that mankind was endowed with two types of spirits namely the Apollonian and the Dionysian. Apollo being the Greek god of intellect and enlightenment was responsible for the rational and thinking side of man. The cerebral aspects of our actions are therefore inspired by the spirit he termed as Apollonian.

The Dionysian spirit however which is connected with the ancient Greek god Dionysus stands in diametric opposition to the Apollonian. It accounts for the debaucher and the active as well as the emotional side of man. Attributes which were also ascribed to the said god of course. The Dionysian spirit thus makes man an actor and a doer relying less on rhetoric and more on action.

A holistic human being therefore must be able to strike the proper balance between the two spirits and triumph over the limitations associated with the human condition. The truism contained in the German thinker’s postulations permeates contemporary human behavior and can be identified in quotidian life as we examine the successes and failures of the modern man.

In political terms Adolf Hitler for instance will be viewed as a leader who possessed more Dionysian capabilities for the impact of his political legacy on Germany, Europe and the world of international relations. As odious a regime as the third Reich was, Hitler’s presence in the history of mankind remains a seminal one. Not only did his bellicose political posture start the bloodiest conflict known to mankind but his leadership provided a benchmark by which evil was measured inspiring in the process a United Nations system that currently regulates interstate relations.

The Dionysian can also be identified in successful captains of industry, memorable sportsmen, celebrities and generally renowned personalities whose reputations have been based on a lifetime of actions and deeds that have shaped, influenced or impacted their world and the people around them.

A Karl Marx or an Albert Einstein however, changed the world through thoughts, ideas and a massive intellectual legacy that redefined even reality as we knew it. Nietzsche himself belongs to the Apollonian category for his life was lived in books and writings that secularized morality as well as human belief.

The tragedy is that, the modern man who is more cerebral than practical as per Stanley Kubrick’s depiction of humanity in 2001: A Space Odyssey reveres the intellectual and the thinker over the practical and pro-active man. The primary measure for social success revolves around the number of letters or academic credentials accumulated after one’s name. At the quotidian level credence is assigned to the utterances of the learned more than the field person who lacks in intellectual prowess but has excelled in the field of action.

Of course there is merit in the modern criteria for measuring the human acumen but the over emphasis placed on reason and the academic is threatening to overshadow the value of a life lived in grit and true success based on street wisdom and sheer pragmatism.

Making an ideal of the erudite in African politics may actually handicap continental initiatives for progress due to the talkative syndrome which draws its origins from the Apollonian character. The tendency to talk more and act less has become all too common with African politicians and even though the proclivity to make lengthy political speeches full of empty promises is a global phenomenon the act has been perfected in Africa to the point where it now forms the basis for quality leadership.

The continent must desist from the habit of equating academic success with good political leadership. Ronald Reagan will be remembered as one of the most successful leaders in US history. As unorthodox as his leadership style was, his presidency garnered unprecedented affluence for the American economy and collapsed the Soviet Union. Reagan however, prior to his deeds in the white house, made a living on the silver screen as a character actor whose most remarkable accomplishment in Hollywood was to be named the President of the Screen Actors Guild. His interest in politics was apparent even before his entry into Washington but clearly endowed with the Dionysian character his lack of academic experience did not handicap his ability to successfully rule the mightiest nation on the planet.

The American experience with Reagan is not a unique one for the former President of Brazil, Luiz Inácio Lula da Silva did not have much in terms of formal education neither. He only learned to read at the age of ten and left school after the fourth grade to manage a family business. His working life began as a shoe shiner and a street vendor; he however left political office as the most popular politician of his time transforming the Brazilian economy into one of the most advanced in the world.

The sighted examples of course do not preclude the intellectual from seeking public office in Africa. As Nietzsche himself indicated the superman or supreme being strikes a proper balance between the intellectual and the practical, in order to exorcize the syndrome of the talkative politician in the African body politic however the non-academic at times must be given a chance and the paradigm of a philosopher king must be shelved to make way for experience and pragmatism.

The African leader needs to excel beyond the realm of political rhetoric and leave a legacy based on action and deeds palpable in the lives of Africans.

Mr William Manful is a member of the Ghanaian Foreign Service. He has served in the United Kingdom as the Head of Protocol for the Ghana High Commission in London. Prior to his appointment as a Foreign Service Officer, Mr Manful worked with the Commonwealth Human Rights Initiative (CHRI) as a human rights advocate.

The rights of this article belongs to Afrik.News