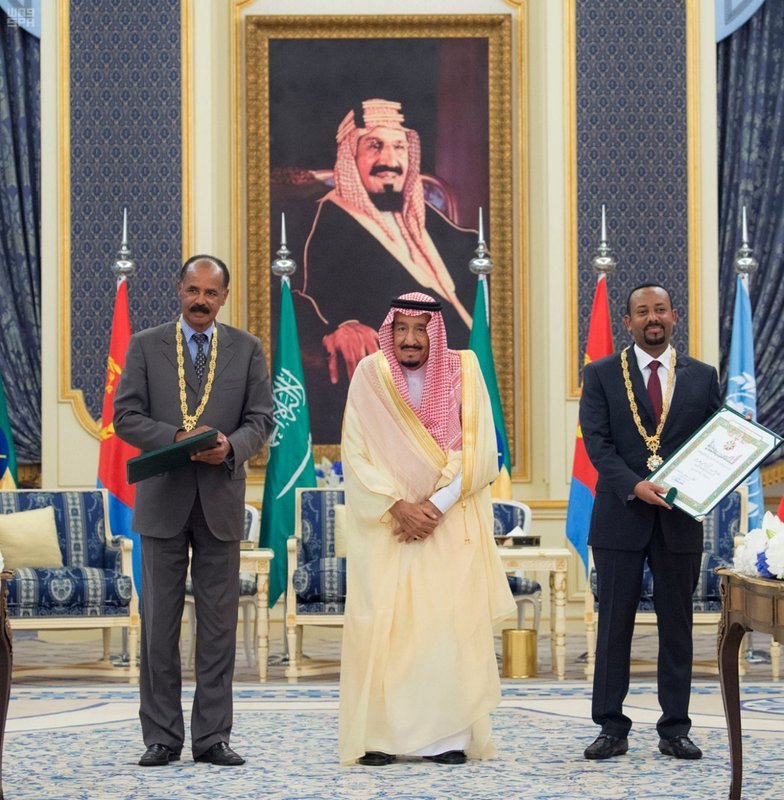 Diplomatic, strategic and commercial activities are picking up in one of the world’s most important chokepoints: the Red Sea. At the start of 2020, the Horn and Gulf countries came together in the Saudi capital, Riyadh, to launch the new Council of Arab and African Littoral States of the Red Sea and Gulf of Aden.

Representatives from Somalia, Djibouti, Eritrea, Sudan, Egypt, Jordan and Yemen were in attendance. Missing from the meeting was Ethiopia.

Saudi Arabia is reasserting its power in the region as a response to the growing influence of Turkey and Iran. The US-China tariff war was also a chance for the region to come together under the banner of cooperation and multilateralism, despite the exclusion of certain key players.

There are many interests at stake for African and Gulf states in the Red Sea, but also for global players such as the United States, China, Japan, India, Turkey, France, South Africa and the European Union. Their overlapping and contradictory goals could be major obstacles to the establishment of viable mechanisms for cooperation and crisis management in the Red Sea.

Egypt, a historic powerbroker, no longer enjoys that convening authority to set the terms for African and Gulf cooperation. The eastern bank of the Red Sea also faces instability and complex transitions. Among the key issues are: the war in Yemen, Gulf rivalries, economic downturns triggered mainly by crashing oil prices, and shifting positions on the recognition of Israel.

The Somali coastline is one of the longest on the continent and forms the gateway between the Indian Ocean and the Red Sea, leading up to the Mediterranean. It has the potential to be a great international hub.

But years of conflict, war, terrorism, poverty and famine have left their mark on the country, rendering it weak and thus vulnerable to external influences. Turkey is one power that has managed to gain a solid foothold in Somalia as a major provider of aid, managing key infrastructures of its port and airport and backing its military.

Djibouti, on the other hand, has found another way to keep itself front and centre while its neighbours remain on their toes by hosting military bases for a number of foreign players.

“We don’t have oil, but we have ideas,” said President Ismaïl Omar Guelleh recently. Djibouti has pushed ahead with its plans to become a major regional hub. But that hasn’t been without some drawbacks. Much like its neighbours, Djibouti has accumulated a lot of debt to China, along with hosting China’s only overseas military base.

Eritrea’s port in Assab hosts the Emirati naval base, boosting the Saudi military presence in the region. At the start of the year, the UAE looked into adding another military base, in Somaliland’s Berbera, but that was later cancelled.

In January 2020, the leaders of Eritrea, Somalia and Ethiopia proposed to form a new regional bloc, the ‘Horn of Africa Cooperation’. The bloc could address a number of key issues in cross-border trade and the environment. For landlocked Ethiopia, it could also open up new access points to the sea. Eritrea’s President Isaias Afwerki pushed for the bloc with an eye to boosting Asmara’s reputation. It aims to become a regional force in competition with the Djibouti-headquartered Intergovernmental Authority on Development.