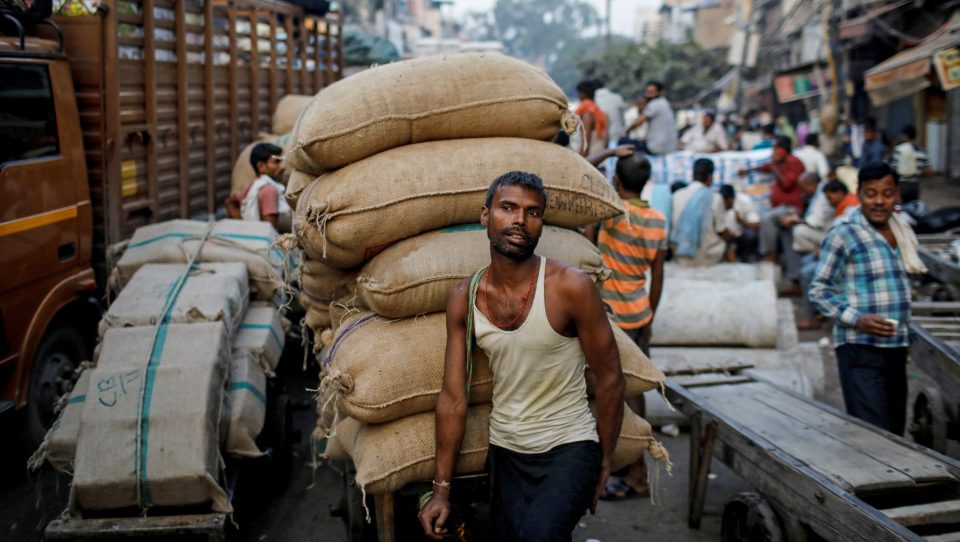 Beyond Trafficking and Slavery

The ‘Danish model’ is thought to have strong worker safeguards, but exploitation is still seeping in through the cracks

The exploitation of migrant workers is not a new phenomenon. Migrants working in industries as diverse as construction, cleaning, catering and agricultural work commonly experience precarious working conditions, especially in countries and sectors where the influence of trade unions is weak.

The Nordic welfare states are often considered an exception to this rule. The so-called ‘Danish model’, in which minimum wages and working conditions are agreed through tripartite negotiations between trade unions, employers’ associations and the state, is considered an excellent example of how a national labour market can be regulated to secure workers’ rights.

Yet despite the benefits of this system migrants continue to be exploited in Danish industries. One example is a group of Chinese migrants that received residence and work permits through the Danish fast-track programme. Contracts under this programme are based on collective agreements, but even so, employers circumvented the rules to pay them much lower salaries. There have also been reports of truck drivers from the Philippines being severely underpaid in comparison to their Danish colleagues. They were also offered poor housing in a makeshift camp, which violated Danish housing regulations in every possible way. Other Danish cases of human trafficking and labour exploitation have now also come to light in the cleaning industry, where migrants, in particular Romanians, have experienced fraud and coercion.

The first conviction in a Danish court for human trafficking for forced labour occurred in 2016. In January 2021 a similar conviction took place, this time regarding two Ghanaian men who had worked on a Danish fishing boat for two years. It is clear that, between all these cases, the exploitation of migrant workers has become an integral part of the Danish labour market. That is no longer in question. What remains to be seen, however, is how the representatives of the labour market – the trade unions, the employers’ associations, and the Danish government – respond.

We are not convinced that the Danish model and the Danish welfare system are capable of ensuring the rights of migrant workers. Nor are we convinced that these representatives are particularly interested in doing so. In a now completed three-year research project on forced labour and human trafficking, we explored how EU and non-EU migrants experienced exploitation in the Danish labour market. Following the migrants throughout the recruitment process, from leaving their home country to working in Denmark, we mapped out how a number of actors condition migrants’ mobility within the agricultural, horticultural, construction, and cleaning industries.

We found that the migration infrastructure, which includes everything from privately-run, temporary employment agencies to public educational programmes and the Danish immigration service, is inscrutable for migrant workers. Metaphorically, the migrants find themselves participating in a lottery. When they win, their initial employment in Denmark serves as a stepping stone to new job opportunities either in Denmark or in their home country. When they lose, they end up heavily in debt and caught on a treadmill of precarious work.

Mobility and precarity within the Danish labour market

The three groups of migrant workers we followed experienced different forms of precarious working conditions within unskilled employment in Denmark. One key factor shaping their experience was immigration status, and how the Danish state’s regulation of its borders affects workers’ labour conditions. The first group, non-EU migrants without a documented work permit, does not have any labour rights. This makes their position fragile. The second group comprises non-EU migrants who obtained residence and work permits through fast track programmes. The third group includes migrants that, through their EU citizenship, have the right to look for employment in Denmark. Let us take a closer look at these last two groups, and how their mobility and the Danish border control define their precarious working conditions.

Non-EU migrants can obtain work and residence permits through Danish fast-track programmes. The employment they obtain through these programmes is outlined in accordance with Danish collective agreements, yet there is still the potential for exploitation because the permits are tied to specific employers. This dependency on the employer establishes uneven power relations between the employer and the employee. Migrants find it difficult to complain about their working conditions because their permits will be revoked if they are fired. Some employers take advantage of that leverage by, for example, pressuring employees to work unpaid overtime.

Contracts are often so expensive that cancelling one simply because they are unsatisfied with their working conditions can seem incredibly risky.

In some cases there is no clear-cut boundary between leisure and work. Many migrants live on farmers’ estates, and this lack of division between work and private life allows employers to place extra demands on their workers – like asking them to help outside of the agreed working hours. Trainees within the greenhouse/horticultural industry report similar working conditions. Although the fast-track programmes are part of the formal labour market, the employer can take advantage of their particular characteristics to push employees into precarious positions.

The cost of recruitment is a further reason why migrants find it difficult to reject employers’ demands. The process of entering the programme, obtaining permits and finding employment is expensive and migrants consider the money they spend as an investment in their future. Almost none of our interviewees within the green industry had found their jobs themselves. They had bought their employment contracts through agencies and recruitment firms, which preside over large networks of potential employers and specialise in placing workers where they are needed.

For some going to Denmark ends up being a success. They are happy with the contracts they receive. For others it is an experience that negatively affects their financial situation as well as their health. The contracts are often so expensive that cancelling one simply because they are unsatisfied with their working conditions can seem incredibly risky. If they cancel their contract, they will have to pay to get a new one. And if they are non-EU citizens, they will have to return to their home country and start over.

The dangers associated with tied visas and unpaid work hours are not the only way that exploitation enters into the Danish labour market. Specific types of business models, such as the use of subcontracting, the free movement of labour within the EU, and even the digitalisation of public services all enable different forms of precarious working conditions and exploitation of migrants working in Denmark.

The comparative invisibility of EU citizens, made possible by their mobility rights within the EU, also offers opportunities to employers. One migrant described how he and his colleagues were employed on fake contracts, which they were asked to display when the Danish authorities inspected the construction site. These contracts, which complied with the collective agreements, did not reflect these workers’ real salaries or working conditions. In reality, they carried out other construction tasks in private homes where they were paid cash in hand.

Migrants’ comparative lack of knowledge about the Danish system opens up myriad ways to exploit them.

Another migrant described how his employer registered him as a business owner in Denmark without his consent. The employer had gained access to his personal civil registration number by offering to register him in the online public system when he began employment. Through this new business, the employer committed VAT fraud and employed two individuals illegally. The migrant in question first learned of the fraud when he was approached by the police.

In this case, the employer was able to exploit the migrant because the authorities do not always require individuals to confirm their identity in person when setting up a business. In other cases, employers have accompanied migrants to appointments posing as their interpreters or assistants. The easy access to setting up a one-man business benefits entrepreneurs, but simultaneously makes it possible to abuse people who are unaware of how the system works. Indeed, migrants’ comparative lack of knowledge about the Danish system opens up myriad ways to exploit them. If employers are the first representatives of the Danish labour market whom migrants encounter, they are able to act as gatekeepers for knowledge about migrants’ rights and obligations (tax, civil registration number, bank account etc.) in the country. This position further tilts the power balance between employers and migrants in favour of the former.

A labour market based on interests or rights?

The different constellations of citizenship, business models, fast-track programmes and degrees of dependency on the employer can lead to different forms of precarious working conditions and the exploitation of migrant workers.

Our research shows that the current Danish labour market structures reproduce a systematic exploitation of specific groups. The Danish model, it seems, is not as good at protecting workers’ interests as its reputation suggests. With our research, we want to open up a debate around how to ensure that the rights of migrant workers are protected in a labour market that appears highly regulated. We have three suggestions to get the ball rolling: 1) employers should not be left to inform migrants about their rights and responsibilities in Denmark; 2) the rules on setting up new businesses should be tightened to make fraud more difficult; and 3) residency permits should not be tied to contracts with specific employers.