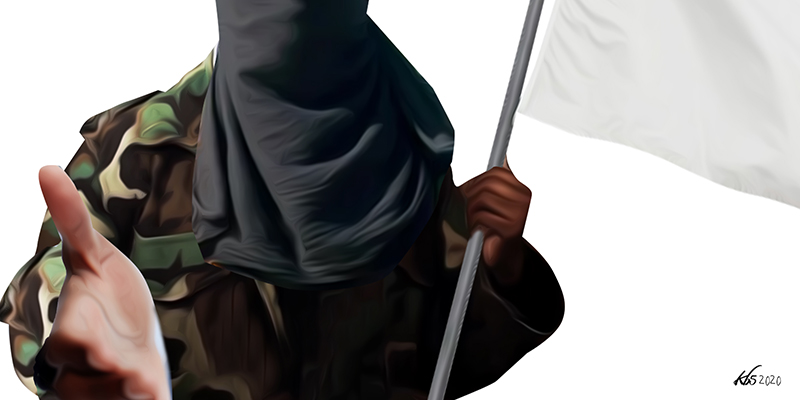 Talks with the Islamist militants may be necessary but they won’t be easy.

With the US planning to withdraw troops and the African Union reaffirming its commitment to draw down its mission in Somalia by the end of 2021, the need to negotiate with al-Shabaab is clear. Even without these soldiers pulling out, Somalia’s conflict has been ongoing for almost two decades and resembles another “forever war”. No party has enough of a military advantage to defeat the other and there is currently no prospect of this changing anytime soon.

As such, talks with the Islamist militants must form part of any feasible exit strategy and long-term solution to Somalia’s conflict. However, this will not be straightforward. In holding talks, there are some hard truths that will need to be addressed.

The first is that al-Shabaab will come to the table in a position of relative strength. Despite a long history of factionalism, the militant group is still the most unified body in the country. It has proven itself to be resilient in the face of military operations, continuing to maintain freedom of movement throughout the most of Somalia and regularly conducting attacks in even the most secure parts of the capital Mogadishu. Despite a campaign of drone strikes by US Africa Command (AFRICOM) and assassinations of senior leaders, al-Shabaab has managed to carry on and adapt.

The Somali Federal Government, on the other hand, faces serious divides. There are rifts between the central and regional administrations, consistent turnover of high-ranking officials, and deep political and personal divisions. There is also particular uncertainty ahead of the presidential election currently scheduled for early 2021. The previous ballot, marred by allegations of vote buying and foreign interference, was dubbed by some analysts as “one of the most fraudulent political events in Somalia’s history”.

It is unclear what the outcome of the 2021 contest will be, but it is unlikely to unify the government enough to negate al-Shabaab’s relative strength. In the meantime, the militants will be reluctant to start serious negotiations with officials who may not be in those positions much longer and could reasonably vie for a “wait and see” approach.

Al-Shabaab members may have little reason to trust the current federal administration anyway. In 2019, Muktar Robow, a former al-Shabaab leader who defected, was arrested and extradited to Mogadishu where he remains in custody. Many believe the locally popular figure was seized because the federal government feared he would win an upcoming regional election for president over their preferred candidate.

Until the election, negotiations with al-Shabaab are not a priority for many Somali politicians. Instead, they are more pre-occupied with internal conflicts between the federal and regional governments. While military forces continue to fight al-Shabaab, particularly in Lower Juba and Lower and Middle Shabelle Regions, other parts of the security apparatus have shifted their focus towards domestic disputes.

The Special Police Forces Haramaad and their military counterparts Gorgoor – both trained by Turkey – have been deployed almost exclusively for domestic political ends. They have been used to consolidate the central government’s power at the expense of the governments of opposing Federal Member States. The federal government hopes to ensure the elections in Somalia’s regions go their desired way.

Political divisions are not limited to competition between federal and regional governments. The administration of President Mohamed Abdullahi Farmaajo recently dismissed Prime Minister Hassan Khaire along with several of his associates in political and security posts. This process affected even the US-supported Danaab forces whose commander was sacked, leading the US to temporarily suspend support to the Somalia National Army (SNA).

When they occur, negotiations between the federal government and al-Shabaab will require an international guarantor who is viewed as relatively neutral by both sides. There is currently a multiplicity of foreign actors involved in Somalia, but each is pursuing its own interests and engaging with specific parties to do so. Getting all these states to develop a unified approach will be extremely difficult and no international actor has so far opted to take a lead in negotiations.

Although the US and UN were able to broker an agreement on Somalia’s upcoming election model, it remains unclear if even that will be upheld. Meanwhile, the administration in Mogadishu has been able to play some foreign actors off each other, keeping them divided enough to make any unified policy difficult.

An array of challenges

Negotiations between all sides in the Somali conflict are necessary, but they are not a quick and easy solution for missions wanting to withdraw. To begin with, al-Shabaab will need incentives to come to the table, but this will require concessions that the Somali government may be unwilling to offer. Even more importantly, effective negotiation will require a broad domestic consensus between the federal government, federal member states and other anti-al-Shabaab actors. Such unity has traditionally not been easy to achieve and seems even more distant in the current political setting.

International leverage can be used to an extent because any iteration of the federal government could not survive without the foreign forces that protect them. But these will not be easy conversations. Serious negotiations will also need an alignment between traditional foreign actors such as the US, EU, Turkey, UN alongside various Gulf and neighbouring states. This too will be tricky and will require those who have traditionally held influence to acknowledge that they no longer enjoy that kind of hegemonic power.

The recent experience of failing to push Somalia to implement One Person One Vote elections should provide a clear lesson. Propositions promising a silver bullet to complex problems usually ignore hard practical realities. With sufficient resources and blind determination, such models may seem appealing. Eventually, however, they tend to fall apart in spectacular fashion, erasing any progress and making desired outcomes ever more distant.