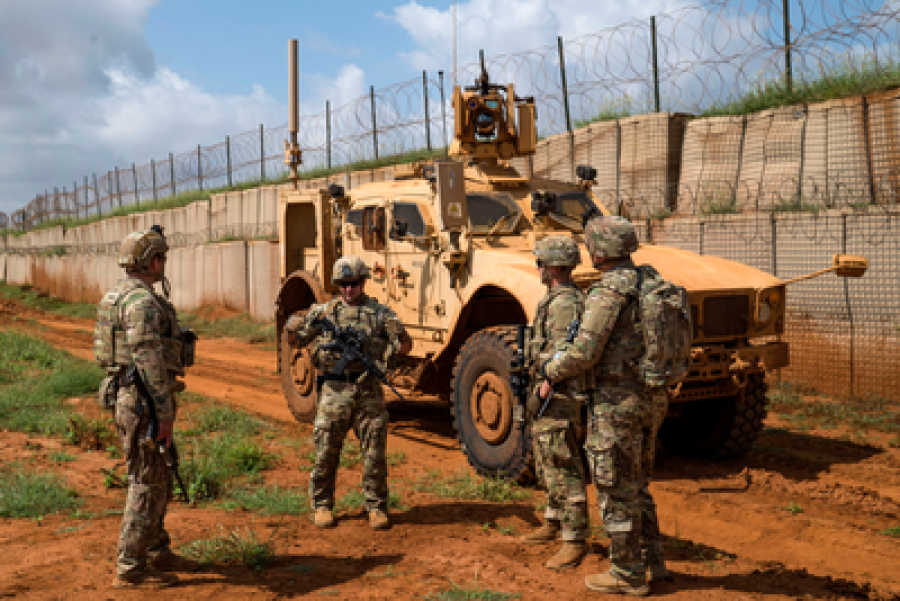 STUTTGART, Germany — A White House plan to reduce the number of U.S. forces in conflict areas includes removing more than 700 troops based in Somalia, where the military in recent years has expanded operations against al-Qaida-linked fighters, news reports say.

The plan circulating in the Pentagon would cut virtually all troops in Somalia, who conduct counterterrorism and training missions, The New York Times reported Monday.

President Donald Trump has made it a priority during the last months of his administration to sharply scale back both the 19-year-old war in Afghanistan and ongoing missions in Iraq. The plan, reported by numerous news outlets citing unnamed government officials, leaves small residual forces in those countries.

The Somalia plan does not affect U.S. forces in neighboring Djibouti, where the military has a major hub that supports drone strikes in Somalia and other missions in Africa, government officials told The New York Times.

Keeping drone assets in the region means the military would still be able to carry out strikes against the al-Shabab militant group, but elimination of forces in Somalia could curtail the intelligence-gathering capabilities that come with having special operations units on the ground.

Meanwhile, as talk in Washington swirled in recent months about possible drawdowns in conflict areas, to include Somalia, U.S. Africa Command’s airstrike campaign in the country has slowed down dramatically.

The last strike in Somalia to eliminate an al-Shabab target was in late August, which means AFRICOM has now gone its longest stretch in several years without a lethal strike. Under Trump, the military had ramped up airstrikes in Somalia, where a record 63 strikes were carried out in 2019.

When asked about the nearly three-month strike lull, AFRICOM said the slower pace wasn’t indicative of the military taking its eye off al-Shabab.

“There are various factors that influence our strikes. The US approach and commitment to degrading Al-Shabaab remains strong,” Lt. Cmdr. Christina M. Gibson said in a statement earlier this month. “We remain committed to supporting our African Partners to enhance regional security and stability.”

The last lethal strike reported by AFRICOM on Aug. 25 killed one terrorist. On Oct. 18 there was an unreported strike in the country, but since it didn’t result in the death of any militants, it wasn’t publicly reported, AFRICOM said.

If the decision to pull more than 700 troops from Somalia is put into action, it will likely put additional pressure on Somali forces to operate independently in the fight against al-Shabab. Much of AFRICOM’s focus over the past two years has been on building up a specialized commando brigade in Somalia that has emerged as a key force in the fight to reclaim territory held by al-Shabab.

AFRICOM officials have said al-Shabab, which hasn’t demonstrated a capability to strike beyond eastern Africa, could become a larger security threat if left unchecked. Al-Shabab has proven resilient and is able to carry out high-profile attacks in the country and neighboring states such as Kenya, where three Americans were killed in January when a base used by U.S. forces was ambushed.

Despite those attacks, the U.S. is much more involved today in Somalia — both militarily and at the diplomatic level — than at any time since the notorious Battle of Mogadishu in 1993 that left 19 Americans dead. Aside from secret special operations missions, the U.S. largely walked away from Somalia in the years that followed. But by 2018, conditions improved enough that the U.S. established its first diplomatic mission in Somalia in nearly 30 years.

Before it’s here, it’s on Stars And Strips