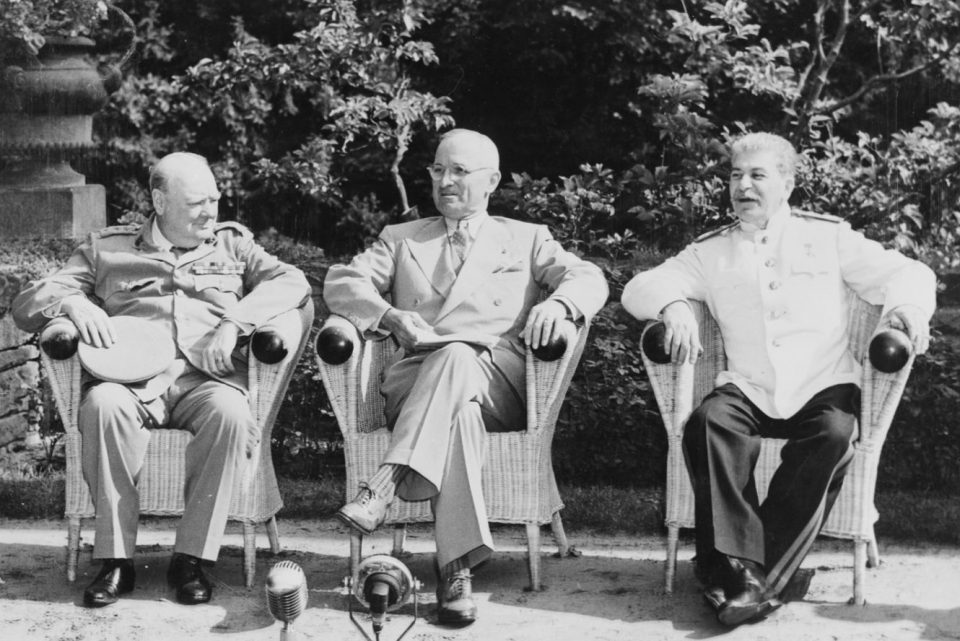 When I was a wee young thing on Wall Street, I would hear a warning regularly from colleagues at Lazard, about “believing your own PR”. Interesting, this phrase was not a part of the general Wall Street lexicon. It was important at Lazard because it was a top M&A boutique (this was in the days of Felix Rohatyn) and therefore made its living off managing the abnormal psychology of CEOs. Specifically, the firm’s deal flow depended on maintaining these personal relationships. Therefore Lazard partners did what they could to prevent CEO self-destruction.

Unfortunately, it’s become painfully obvious that in just the same way the West has become hoist on its Russia sanctions petard, so too has it blinded itself with its anti-Russia propaganda. The jingoism and fabrications have become so extreme and relentless that any erstwhile realist has to go to non-mainstream, or at least non-US/non-European MSM sources. And even then, if you don’t buy what Ukraine is spinning, and is being amplified uncritically in the Western media, you must be some sort of turncoat.

Admittedly, we’re seeing some signs of cracks, such as a New York Times editorial telling Team Biden that Ukraine needs to negotiate. Similarly, at the World Economic Forum, Henry Kissinger also said negotiations needed to start in the next two months, and Italy has devised a proposal and even sent it to Russia.

But there’s massive denial about facts on the ground. The militias and Russia have cleared Mariupol, control the Donetsk oblast and are very close to taking Lugansk…and with it, thousands to as many as 20,000 of Ukraine’s best fighting forces. Russia has started shelling military targets in Zaporizhzhia, a major industrial city in the Zaporizhzhia oblast, just to the west of the Donetsk oblast on the Black Sea coast.

Kissinger proposed returning to status quo ante, when Russia’s red lines as of the end of March, at the time of the last serious negotiating session in Istanbul, were much higher than that. Russia had also made clear that the longer the war went on, the more its demands would increase. Yet Italy, which is getting unhappy about the costs of the conflict, is also now seeking a settlement and apparently put forward a proposal. I have yet to see it but it’s already been rejected by former President and deputy chairman Dmitry Medvedev….of all things on Telegram. Admittedly Medvedev is speaking out of school; Lavrov said the government was studying it. Nevertheless (see starting at 6:50, courtesy Alex Christoforu):

But no, it’s just pure stream of consciousness by European graphomaniacs….One has the feeling it was prepared not by diplomats but by local political analysts who have read too many provincial newspapers and use only Ukrainian fakes.

Medvedev then goes through three of the four major points and dismisses each. For instance:

3. The full autonomy of Crimea within Ukraine

This is direct boorishness toward Russia, a threat to its territorial integrity and a pretext for starting a full-fledged war. There is not and never will be a political force in Russia that would agree even to discuss the fate of Crimea. That would be a national betrayal.

There is no point in analyzing it further. This is just an attempt to save Ukraine some face….However, Ukraine does not want to negotiate at all. They chose to forget about the Russian draft peace treaty long ago. It is as if there is no such thing at all. They are counting only on the flow of money and weapons from Western countries. War until the victorious end In vain.

The cognitive dissonance is impressive. German chancellor Olaf Scholz and US Defense Secretary LLoyd Austin both called Russia seeking a ceasefire. You don’t do that if you are winning. But the Western media has so inflated the position of Ukraine and its supposedly invincible military that keeps kicking Russian ass that it would take a massive change in media messaging just to get the public to accept that Ukraine would have to cede territory, let alone make other concessions like neutrality.

The US and Ukraine have both proven so “agreement incapable” that Russia has likely concluded it needs to take matters into its own hands and execute rather than negotiate demilitarization and denazification. In this blogger’s humble opinion, that means at a minimum taking Odessa, since that’s another big nest of Azovities and other nasty types. And as much as Russia’s seemingly leisurely prosecution of the war has enabled the Western press to denigrate it, it’s probably the only sound way to deal with Ukraine’s bunkers in Donbass. Plus the sanctions blowback gets ever more painful as the military campaign grinds on.

Most of this will be familiar ground to regular readers. I wanted to widen the frame a bit. The Western ‘tude towards Russia, that it should be willing to go full Emily Litella “Never mind” and simply walk away from its successes so far and its underlying security concerns, seems to be rooted in US/Anglo chauvinism and persistent underestimation of Russia. If you managed to miss it yesterday, be sure to see Dimitri Orlov’s The Secret American Plan to Make Russia Great Again.

Below are two different examples of US misappraisal. The first, embedded at the end of this post, is the latest Defense Intelligence Agency Threat Estimate. We wrote about it shortly after it was presented, in early May. What seemed noteworthy then was its pointed failure to say much about Ukraine, particularly its capabilities and prospects. This seemed like damning with faint praise. We also took note of quite a few reality-challenged claims, such as Russia wanting to challenge the US and undermine American democracy.

It is quite frightening to me that this is a threat assessment that is used to explain things to congress-lizards and their staffers. The assessment underplays Russian conventional and strategic military capabilities. Current capabilities (particularly strategic nuclear ones) are downplayed or explained as possible future developments instead of current realities.There is a false pretense that sanctions are slowing or harming Russian military-industrial output. There is no detailed description of Russia’s very public and oft-repeated war aims, or of their medium and long term diplomatic aims, none of which have been withdrawn or changed by Moscow. The Russians still intend to push NATO back to its 90s borders, for example. If anything, those medium/long term goals have expanded.

The special relationship between Beijing and Moscow is described as a series of formal agreements instead of an informal but very close ‘friendship’ that both sides have repeatedly called ‘better than an alliance’. A relatively uninformed reader would conclude that there is space between Mr. Xi and Mr. Putin that USA can exploit. Lizards and their staffers, being creatures who live primarily on TV news, are by definition uninformed, and they will draw all the wrong lessons from these parts of the report.

Another example is Putin’s speech at the 2007 Munich Security Conference. This is an important speech and I urge you to watch it in full.

This event was in the time frame where Putin still harbored hopes of Russia being able to operate like a normal advanced economy and having cooperative relations with other countries. But those in the US/NATO defense community who hadn’t already taken a dislike to him already used this talk as an excuse. Putin had the temerity to speak directly as opposed to deferentially, pointed out the world was moving to multipolarity by virtue of the growing economic heft of countries like China and India, and worst of all, that the US was threatening the notion of international law by launching wars without getting UN approval. That in turn jeopardized stability since no country could feel safe. I am sure quite a few leaders year later took note of how Gadaffi was our friend until suddenly he wasn’t.

Putin also used the bully pulpit to call out NATO installing new bases closer to Russia even as Russia was honoring commitments as a provocation that reduced, not enhanced security. And he also called out how WTO/Western development programs for poor countries asked them to open their markets, particularly to subsidized agricultural goods, yet held back higher-tech goods:

John McCain reportedly looked daggers at Putin the entire time. Apparently pointing out what should have been an obvious trajectory of events, as well as risks of the current course of US action, was seen as presumptuous. Countries like Russia are supposed to know their place. The reason Putin’s remarks stung was that they were on target. The US of 2007 wasn’t even secure enough to laugh off Putin’s observations as that of an arriviste who didn’t know enough of secret dealings to render judgement.

And the US and the West continue to act to our own detriment out of a distorted sense of amour propre.

Monkeypox: “Fool Me Twice, Shame On Me”