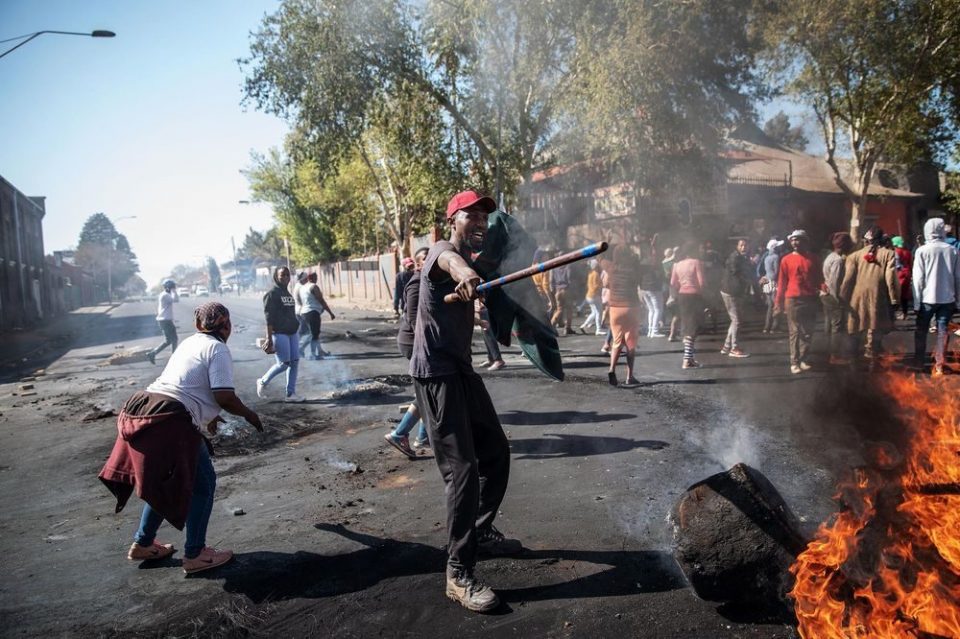 The ANC has identified 12 people who are accused of instigating the riots in KZN and Gauteng – and one of them has been arrested on Thursday.

Could the tables slowly be turning? After days of upheaval in KZN and Gauteng, the efforts of SAPS and SANDF seem to be paying off: Hundreds of arrests have been made, and although violent outbursts are still emerging in this part of South Africa, one collar stands out above the rest – and an alleged riot ringleader has been apprehended.

Acting Minister in the Presidency Khumbudzo Ntshavheni confirmed the news on Thursday afternoon. The purported instigator, who forms part of a ‘dirty dozen’ accused of stoking up tensions in SA to lead a political insurrection, was detained earlier today. Sadly, however, the death toll from looting over the past 24 hours has shot-up.

“One of the 12 alleged ringleaders of the riots has been arrested. The surveillance on the other 11 has been increased. Meanwhile, an additional 139 people were arrested last night. That means 725 arrests have been made in Gauteng alone. In total, across all of SA, 117 people have died as a result of looting and violence.” | Khumbudzo Ntshavheni

Who is behind the insurrection plot?

There is certainly blood on the hands of all those who are behind the so-called ‘insurgency plot’. Former spies and ex-SANDF generals are accused of orchestrating the carnage, but those hoping for the name of the first ringleader in custody will be left disappointed – the individual is yet to be named by authorities.