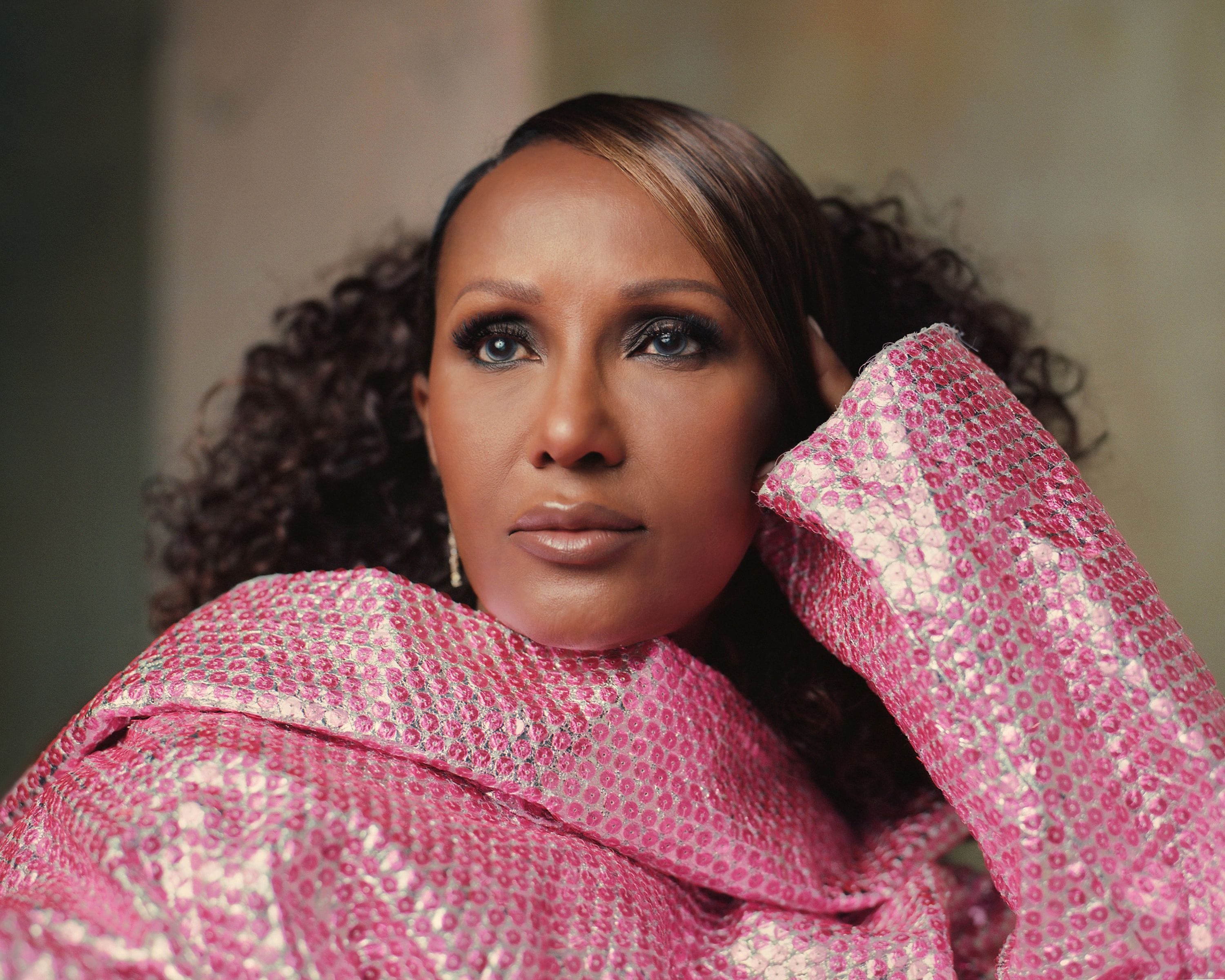 Despite her university education and ability to speak five languages, the person who discovered the Somali beauty portrayed her as ‘a goat herder.’ After a brilliant, nearly half-century-long career, the iconic top model and entrepreneur talks about the prejudice and inequality she faced during her time on the catwalk

Iman has tolerated a lot during her formidable modeling career: covers that made her face appear gray, makeup artists who claimed not to have the appropriate makeup for her, manufactured rivalries with other Black models and a historical salary gap caused solely by the color of her skin. In a recent interview, Iman, the supermodel who dominated the fashion industry in the 1970s and 1980s, discussed the prejudice and racist episodes she experienced during her pioneering and magnificent career. “When I arrived here, one of the things that I was confronted with […] was that there was a discrepancy in pay between Black models and white models, and I couldn’t understand it,” she told The Wrap.

The founder of Iman Cosmetics is a vocal activist for racial equality. She says that she turned down several jobs because they offered her a lower rate than her white counterparts. She refused to accept the excuse of the status quo that was so common at the time. In the interview, Iman remembered telling her agent that the difference was a ”racist attack.” She said she told her: “I want to be paid for services rendered, which means simply, I want to be paid for the same job she’s doing.” Three months later, they called her back, offering the rate she demanded.

Born Zara Mohamed Abdulmajid, the 67-year-old model and widow of the late musician David Bowie – with whom she has a daughter, Lexi – has been one of the most critical and proactive voices in fighting the historical injustices that Black models have faced in the industry. In 2013, Iman founded the Diversity Coalition, an organization to call out designers – including Phoebe Philo, Marc Jacobs and Victoria Beckham – who refuse to include racially and ethnically diverse models.

Iman also discussed the shameful incidents that continued even when she had transcended the catwalk to become a pop icon. For instance, the model notes that the fashion industry pitted Black models against each other. “What I witnessed in America when I arrived here in 1975 was how [the fashion industry] purposefully pitched Black models against each other. [The attitude was] you have to dethrone one to take the place of another, but we could see lots of top white models working at the same time.” Cabs refused to pick her up.

A magazine editor once referred to her “as a white woman dipped in chocolate.” Iman didn’t receive equal treatment even when she was at the height of her career. One of the most eye-opening examples came minutes before she starred in an editorial for Vogue magazine, when a makeup artist asked her if she had brought her “own foundation from home” because they lacked shades for Black models. After appearing with a “grey face” in the pages of the masthead, Iman set out to fight the hegemonic white paradigm and founded her own makeup line. In the 1990s, she launched Iman Cosmetics, the first beauty brand designed for dark skin; in so doing, she blazed a trail for others, such as Rihanna’s Fenty Beauty.

Today, Iman is the embodiment of a successful woman who has managed to overcome the racist and insulting prejudices she faced. The Somali model is the daughter of an ambassador and a gynecologist, speaks five languages and studied political science. Nevertheless, Peter Beard, the photographer who discovered Iman in downtown Nairobi, invented a more exotic story about her origins: “Beard told the press that I didn’t speak a word of English, let alone other languages, that I was goat herding! I am an ambassador’s daughter!” she recalled.

The reality of how Iman was discovered was quite different from Beard’s version: in 1975, when the photographer suggested that she pose for his camera, the 18-year-old accepted his proposal in exchange for a fee equivalent to her university tuition, close to €8,000 (around $7,903). Although she initially played along, it didn’t take Iman long to show her true aptitude: “He asked me if I have ever been photographed, and I was very insulted. Because I thought, ‘Oh, here goes, a white man thinking Africans have never seen a camera before in their lives!’” the model remembered. Four months later, she had a one-way ticket to New York and was about to embark on one of the most legendary careers in fashion history.

The muse of Yves Saint Laurent and Thierry Mugler is not the only Black model to denounce the pay gap between Black and white models. In the United States, the difference in earnings is around 21%, on average, according to the non-profit foundation Lean In’s study.

“I remember the girls I came up with, like my best friends in the industry, Cara [Delevingne] and Karlie [Kloss], I know their rate was different to my rate, even though we were doing the same jobs… When I think about that, it’s so fucked up, like what is the difference? But clearly the difference is the skin tone,” British model Jourdan Dunn said on a podcast. In 2022, dozens of Black models continue to protest about the lack of beauty and haircare products designed for them.

In today’s digital landscape, influencers such as Rachel Duah and Adesuwa Ajayi have confirmed that companies and agencies offer them up to five times less than their white peers. Naomi Campbell has said that she cried after seeing her “grey face” on the cover of Vogue Italia. Joan Smalls, who donated 50% of her 2020 earnings to the Black Lives Matter movement, speaks of racism in the industry as a “constant battle”: “There have been so many times where I’ve had to face issues against my race within this industry because I was their token Black girl. The campaigns and editorials I had to share while my counterparts got to achieve that on their own.” Clearly, the fight for justice that Iman began decades ago still has a long way to go.

How useful is aid to Africa?