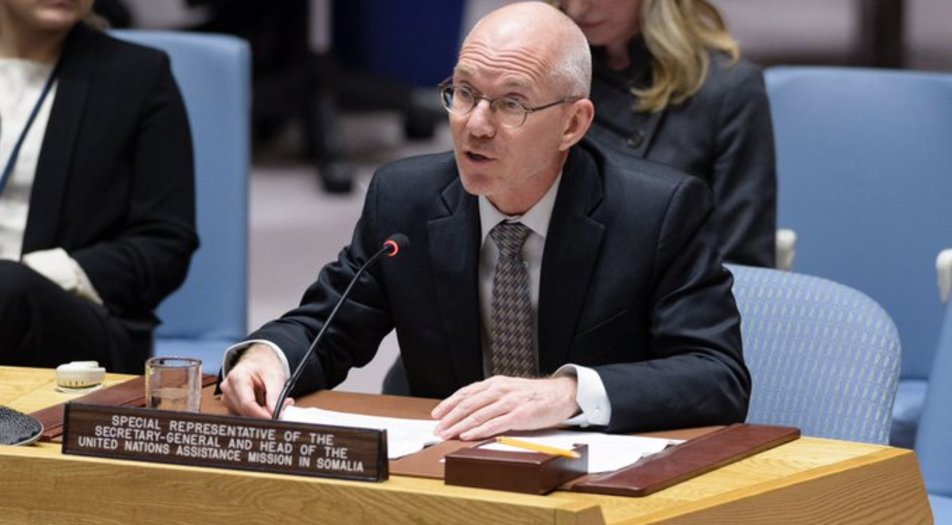 © UNICEF/Ismail Taxta
Children wait to be vaccinated against polio in the back streets of Mogadishu, Somalia.
23 November 2020

The “broad political consensus” reached in September that ended a two-year stalemate in Somalia must be “preserved and indeed deepened”, the country’s UN envoy told the Security Council on Monday.

Although the agreed model of voting “regrettably fell short” of the constitutional requirement for parliamentary elections based on the principle of universal suffrage, Special Representative James Swan, who also heads the UN Assistance Mission in Somalia (UNSOM), acknowledged that it did reflect “wide Somali political consensus and ownership”.

“In addition to the support of the President and federal member state leaders, the indirect model was also endorsed by other key Somali stakeholders, including political parties and civil society, and was ratified by the Federal Parliament”, he said via videoconference.

The UN official painted a picture of a country facing critical decisions, namely “an electoral process to choose the parliament and president in the coming few months; a security transition so that Somalis can assume lead security responsibility by the end of 2021; and urgent priorities for humanitarian response and economic reforms”.

Dubbing 2021 “a transition year in which Somalia takes lead responsibility on security matters”, Mr. Swan sought a “strategic vision” for the country’s security that would be supported by diverse backers, including “external actors”.

He also lauded, among others, the Somali security forces and African Union (AU) Mission in the country, for contributing to collective gains in the security realm.

The UNSOM chief underscored that agreed-upon processes must be “more participatory and inclusive” and welcomed the agreement of political leaders to ensure a 30 per cent quota for women to sit in Parliament.

As Somalia focuses on the electoral process, he upheld that the UN would continue to press for “participation by historically underrepresented groups”, including women, youth and marginalized communities.

“They all have much to contribute to peace, stability, and development in their country”, upheld the Special Representative.

Turning to the longer-term, Mr. Swan explained that in collaboration with the UN Development Programme (UNDP), the U Support Office in Somalia (UNSOS) and international partners, UNSOM would contribute to implementing the electoral agreement and “universal suffrage elections in the future”.

“To this end, we urge Somali leaders to prepare consensually a roadmap with clear timelines and benchmarks to ensure one-person-one-vote elections take place in 2024/25”, he said.

The UN’s development work in Somalia is centred around human rights and justice, according to the UNSOM chief.

“With elections approaching, I underscore my previous calls for the protection of political space, for tolerance of divergent opinions, for respect of free speech and association, and for media freedom”, he reiterated.

“Our good offices are aimed at fostering the widest levels of inclusion and consensus possible”, he stated.

Also briefing was Francisco Caetano Jose Madeira, Special Representative of the Chairperson of the AU Commission for Somalia and Head of the AU Mission, who said that “protracted and painstaking” dialogue was needed to achieve consensus on a parliament-endorsed electoral process.