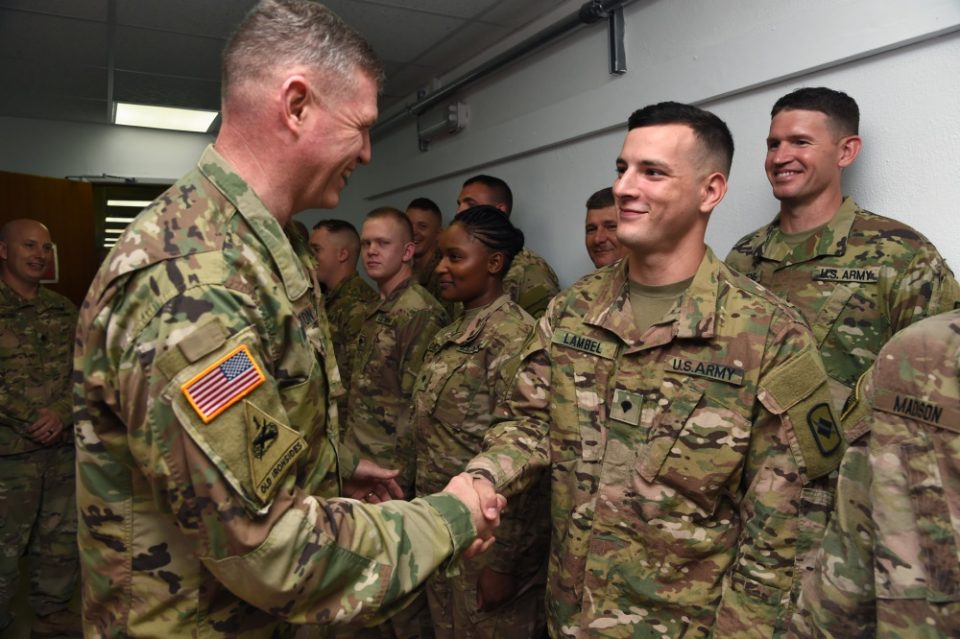 The merger will make more US Army resources available for African operations, although the Pentagon has been debating pulling nearly all of its troops from the continent for the past year.

“This consolidation enhances global and regional readiness in support of the National Defense Strategy,” US Army Secretary Ryan D. McCarthy said in the news release. “The new structure will increase command and control effectiveness, flexibility and the capability to conduct large-scale, joint and multi-domain operations.”

In army-speak, that means the two former commands will share resources. It also elevates the Army’s African concerns to management by a four-star general – Maj. Gen. Andrew Rohling, who began running the de facto united command earlier this year.

Rohling told Army Times in October the union would “give us greater advocacy,” since there are just 6,000 US troops in all of Africa, compared to a little less than 60,000 in Europe, according to the new command.

However, even as the Army completes the command shuffle, officials in Washington are reportedly debating pulling many of the troops stationed in Africa out and moving them to other theaters.

Last week, anonymous officials reported for the second time that US President Donald Trump was considering withdrawing most or all of the roughly 700 US troops stationed in Somalia, where the US has been waging an undeclared war against al-Shabaab, a terrorist group aligned with al-Qaeda, since 2007.

While Trump has cast the troop withdrawals he has ordered from countries like Iraq, Afghanistan and Syria, where the US has been engaged in occupation wars for decades, as “ending endless wars,” the deeper truth is that the Pentagon wants as many troops as possible to be free for use in confronting China and Russia.

In January 2020, then-US Defense Secretary Mark Esper told reporters he wanted to shift as many resources as possible toward US Indo-Pacific Command to “support competition” with the two rising global powers.

“I said for my nomination, my aim was to implement the National Defense Strategy,” Esper said. “Mission number one is compete with Russia and China.”

In that document and the related 2017 National Security Strategy, Pentagon leaders wrote that “after being dismissed as a phenomenon of an earlier century, great power competition returned. China and Russia began to reassert their influence regionally and globally,” and the 2018 National Defense Strategy noted that “inter-state strategic competition, not terrorism, is now the primary concern in US national security.”

However, little has changed on the ground since then, as debate erupted in Congress over whether or not the troops in Africa could be spared. It was even rumored that US Africa Command wanted to expand the war in Somalia into neighboring Kenya. The Pentagon’s 127 Echo program aims to offer a solution of sorts, training surrogate forces in partner countries to take over the patrolling and peacekeeping duties US troops remain engaged in, including fighting Daesh, al-Shabaab and other groups.